Every time I hear of a new VR cinematic experience being released, I get a little excited.  I think VR films could potentially offer up a new and better way to experience a story like never before.  Many of these tales are shorter in nature and it seems to be popular right now, to use very serious subject matter as the basis for these smaller films as is the case in Afterlife, which follows a small family after the death of their son and brother but unlike other films of this nature, there are multiple endings to discover thanks to the choices you make throughout the film. 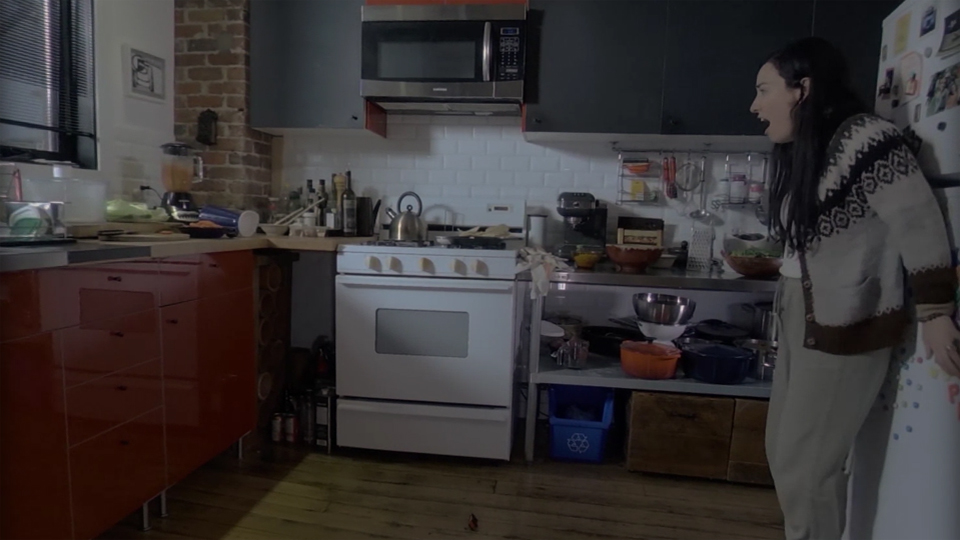 Unexplained events begin to occur around the mother.

You only need a DS4 for this experience with most of the film having you just sit back and watch.  I would recommend sitting in an office chair as some of the scenes occur all around you and it’s just way easier to spin your chair then crane your neck.  What makes this a little more special is the ‘chose your own adventure’ style of gameplay which is embedded into the film save for when you actually need to highlight a specific object by pointing your DS4 at it and pressing a button.  To choose the next scene, you need to be looking at where you’d like to continue the story.  For example, when someone knocks on the front door, you can look at the person who goes to answer it and see that interaction or stay focused on the character in the kitchen and watch that scene unfold.  It’s a very organic way to push the story along and after you complete each chapter, a choice chart shows which path you chose as well as the paths not taken which are, for the most part, clearly labelled, so if you decide to play through again it’s easier to make different choices.  A few moments throughout the experience pause the action and require you to focus and interact with select items that push the story along with a grand total of 3 very different ending to choose from and even more paths to get there.

Afterlife looks really good at times but suffers from the same major shortcoming that plagues many ‘real-life’ VR experiences in that it’s not VR, but a 360-degree video.  The scenes look very clean with the exception of a few moments where the scaling just felt off, with Jacob’s room (the boy who passed away) looking particularly off as the table and bed looked massive compared to the other visuals.   This is due more to the technology this was recorded with then anything else, but it is jarring when the scale of something kills the immersion factor.  Still, some moments seem to use some sort of 3D rendering and while this effect is minimal, I think it helps in not having any kind of image curvature, allowing for everything too look a little more real.   A second issue to bring up would be the stitching throughout the film which goes unnoticed in most of the individual scenes, save for 1 or 2 when a persons face bends unnaturally for a second as they hit that stitch line.  Still, besides those few foibles I was more then happy with the quality of cinematography and it got the job done in telling this tale. 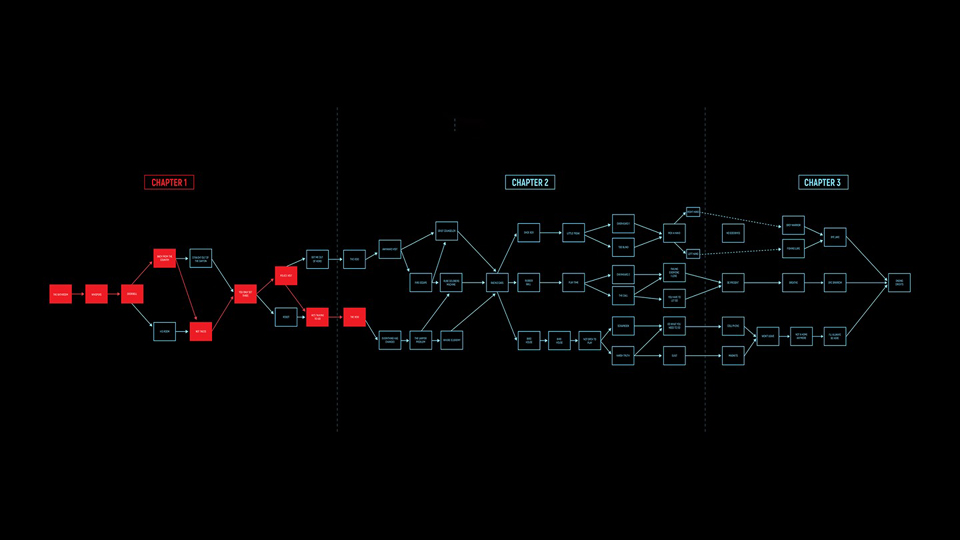 There are many scenes and endings to unlock.

This is all real actors with performances that are for the most part alright though there are a few missteps that are a little awkward and cringe worthy.  Still, each actor clearly has their own individual strengths and deliver performances that get the job done.  Cinematic music pops up throughout the film adding to the emotion of each scene and once again, overall, I was happy with the presentation.

Afterlife isn’t going to be for everyone as this is a dramatic and emotional story centered around the accidental death of the family’s youngest member and the ensuing aftermath.  I appreciated the organic way the story is told, especially considering there are multiple paths to choose from that you may not even be aware of.  My 1st run through of all the 3 chapters, I followed the mother as much as I could.  The 2nd play through I was looking around trying to ensure I went through a different path with the last run just to clean up and view the 3rd ending and no matter which path you take, each ending is substantially different from the others.  Once you complete a chapter, you can see the choices you took so for those that plan on playing more than once, take notes off the roads not taken as some may be tricky to discover without knowing what to look for. 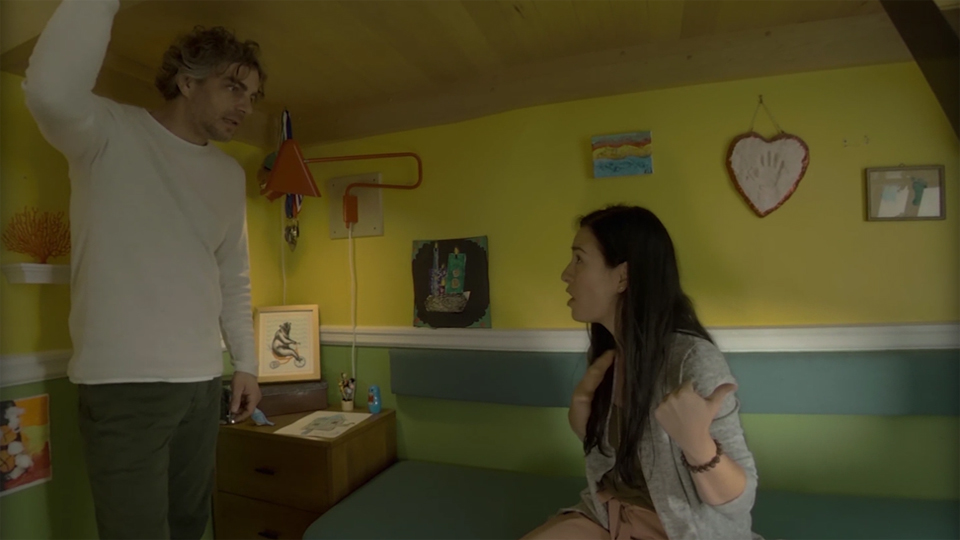 The bedroom has some pivotal moments

I enjoyed Afterlife for what it is, an inexpensive 360 dramatic film that can be played through in roughly 25 minutes and has a few different choices to get not only a different ending, but a different story entirely dependent upon which path you follow.  With that said, the flat nature of the video will probably chase a few people away and it shouldn’t.  We are in the middle of figuring out exactly how VR films work and while this is not true VR, if you dig dramatic stories then I think you’ll be pleasantly surprised by this little interactive short film.

What would I pay?  You can buy the individual chapters for $3 or all three for $6 and if you’re even considering this, then just buy them all together.  The narrative isn’t the most engrossing for a short story, but the branching and multiple paths make this enjoyable to play through more then once. If you like these kinds of sit back and watch in VR experiences, then the price is right on this one and I say give it a go.

Signal Space Lab provided The VR Grid with a press code for this title and, regardless of this review, we thank them for that!