If you remember that old Labyrinth table top game than you may be showing your age just a bit.  For those who don’t know what that is, it’s a 1ft(ish) square block that has dials on either side of it to tilt the play surface up or down in that direction.  The goal was to get the ball to the end without losing it down holes placed throughout the maze.  It tested both your reflexes and strategy skills as any one misstep could spell your doom.  SUPER AMAZEBALLS is that game on so many steroids that if it were in a sanctioned sport, it would be illegal. 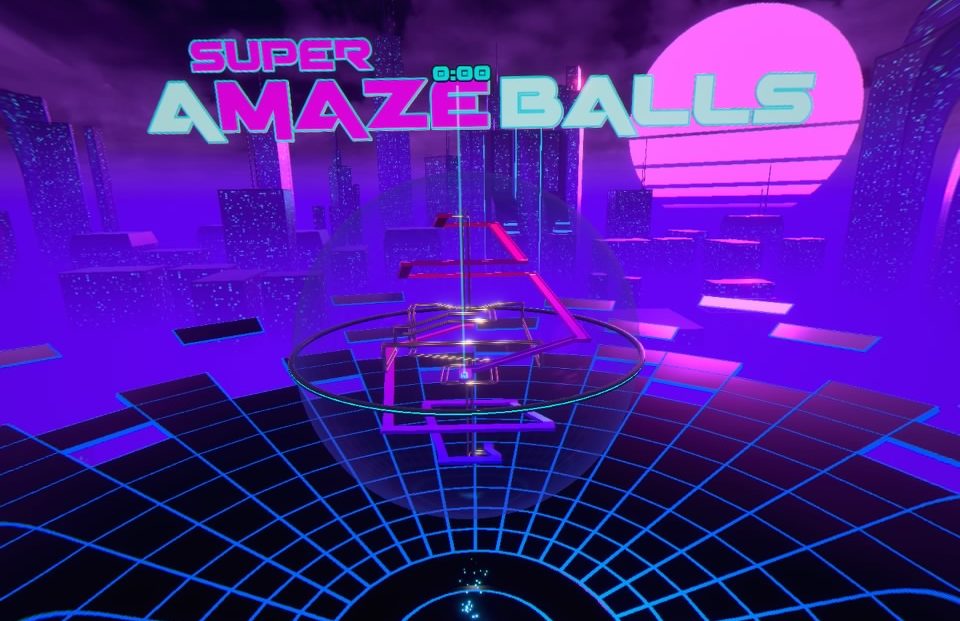 Check out my ball…it’s amazing!

The mazes in question are placed inside clear spheres which you must manipulate using your in games hands.  You are going to need 2 Move controllers to play this one, as well as steady hands, patience and maybe just a little luck.  Once you press the trigger, a hand icon shows up on the sphere, anchoring that position to your controller, from here you just move the controller in whatever direction you want, tilting the sphere in that same direction.  It took me a few stages before I began to feel more comfortable with this scheme, but when I did, I began to pull off some stellar moves that kept my ball on the track where it should have fallen.  When your ball goes off the track, it resets back to a certain checkpoint, usually very close to where it fell off and on more than a few occasions if it bounces at just the right spot before it falls, your ball may even jump ahead to the spot you were trying to reach, saving you some grief.  Every time your ball falls off, 5 seconds are added to your time with the goal being to complete each track as fast as you can.

It’s a simple game with a simple look and it works.  The sphere is always the same size and depending on the stage it may be damn near full of twists, turns, loops and mazes or rather sparse with a 2-bar track just bending all around the inside of the sphere.  Tracks are colorful and change up in look as you beat each one.  The background stays the same, but I was honestly so focused on the gameplay that I didn’t even notice it until I went to re-watch myself playing.  Customization options allow you to move your sphere into an ideal position or resize it should it feel to small or big. 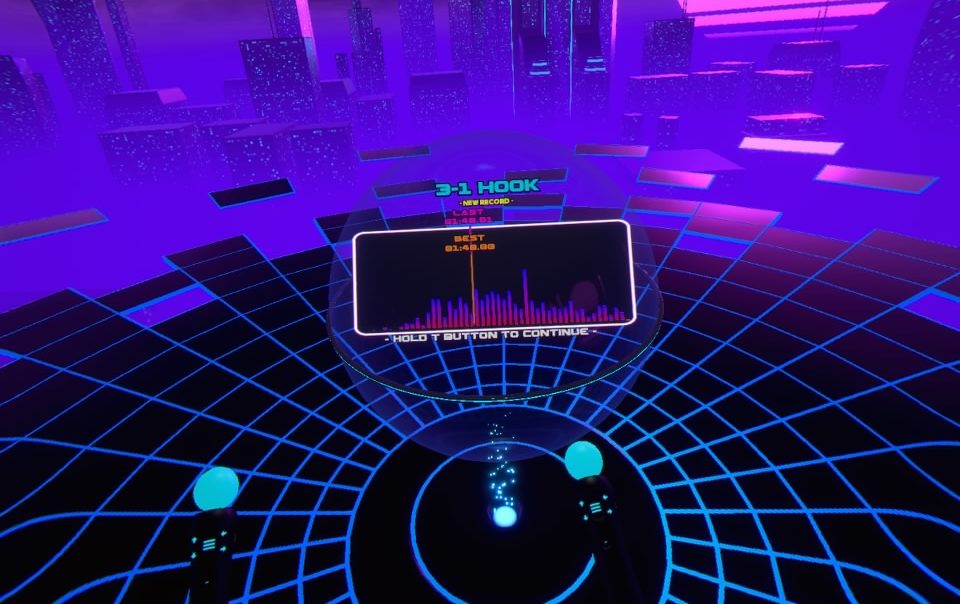 Put your skills to the test and see how you stack up with the rest of the world.

Audio wise your little ball sounds like it’s made of steel and as it travels along the path it sounds like a steel ball would as you can hear it roll and hit walls.   There is a selection of dubstep and techno tracks that play during the game which to me didn’t really fit the action and felt very akin to the soundtrack in Stunt Kite Master.  There is thankfully an option to turn this off so if you want something a little different, just pick something from your Spotify playlist instead.

The physics at play here are really something to marvel at as the weight of the ball just felt perfect.  With that said, a few courses felt a little cheap in their design and I only really circumvented them by luckily triggering the checkpoint system, enabling me to bypass an obstacle or 2 that may have taxed my skills beyond their limits.  That said, most of the courses are more than fair and as long as you are patient you can get that ball to the end…just don’t expect to get a high score or anything.   I also noticed that the tracking can be a bit jerky at times causing me to lose the ball during sections that require finesse.  Once you beat a track you can go back to it whenever you want and beating all 25 courses unlocks Hardcore mode which doesn’t allow for failure on any of the tracks making it much truer to its Labyrinth roots. 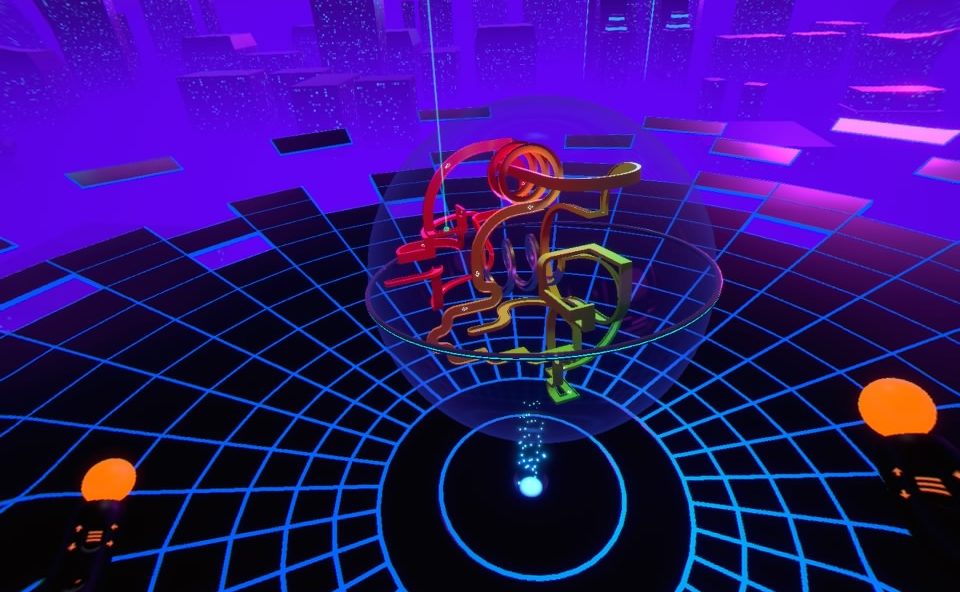 The courses only get harder as you progress

SUPER AMAZEBALLS is a great little dexterity-based puzzler that will test you brains and skills at subtly manipulating a tiny ball through a variety of tracks.  It’s addicting, challenging, rewarding and the cross-platform global leaderboards show exactly where your skills fit compared to other players.  This is a solid little game that utilizes VR in a great way and is a showcase for a game type that just wouldn’t work on a television.

What would I pay?  The $5 asking price is so easy to say yes to.  Depending on your skills this will take you probably an hour and half or longer to beat and it’s so easy to replay a level and see if you can’t do just a little better on the leaderboard. This is a solid game for a great price.