Saving Princess Maya Episode 1 is a Fantasy Exploration Puzzler based around navigating a couple of mazes that you have been unknowingly trapped in.  It’s up to you to not only find your way out, but maybe help a friend or 2 along the way in your efforts to save the princess from Evil Kilo…the bad guy. 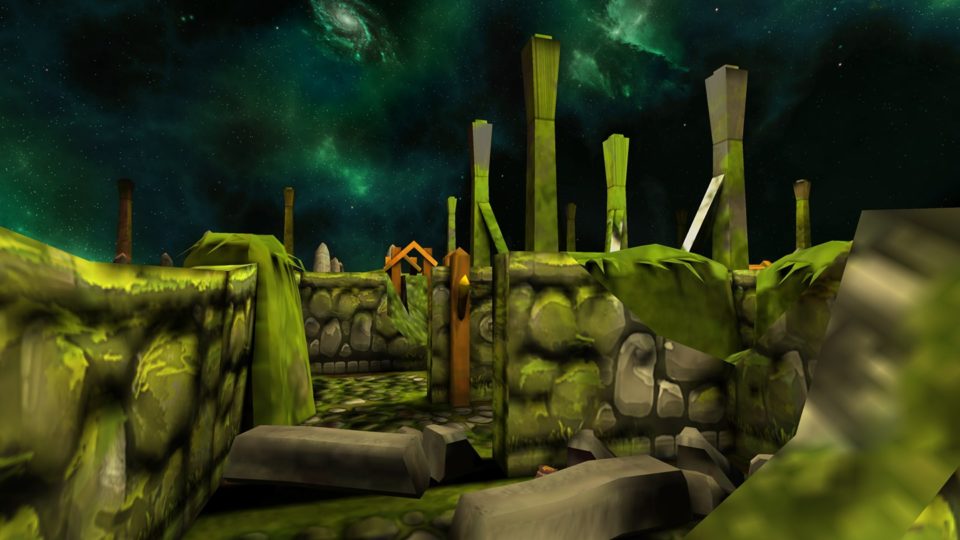 The controls are typical of a Gear VR game utilizing only the headset touchpad with maze navigation accomplished by a waypoint system, i.e. look at a spot identified by a large arrow and tap the touch pad and you will then walk to that spot.  My only issue with this system is a lack of a turn button option other then turning in real life, forcing standing play or by spinning in an office chair.  I understand the need to maximize comfort, but options for us veteran users who just want to relax and play a game without constantly spinning in place would be appreciated.  Besides navigation, you have a backpack that stores items found throughout each maze.  Simply tap on an item to hold it, then combine it with another item if possible, or close the menu and tap on an object in the maze to use the item.  You will run into a few NPC’s in the maze whom you can talk to by once again, tapping the touch pad.

The look of the game is bright and colorful, but a little stark at times.  The first maze is a traditional stone labyrinth that’s seen better days.  Walls are crumbling, plants are overgrowing the maze and it carries a fanciful vibe.  The second stage is a lava filled area that is much more open than the 1st and larger with a many more areas to check out.   This isn’t the most detailed game I have ever seen, but the simple, cartoonish look allows for a steady, jitter free experience that looks alright.  The few NPC’s you meet look decent and come in a few forms and though most stay in the stay spot, animate nicely and have a little more detail then the environments. 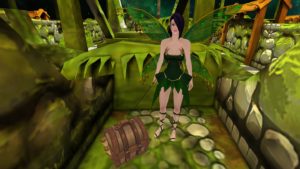 On the audio side, no music plays during the gameplay leaving a noticeable silence which adds to the sense that you are alone in your quest for escape.  The NPC’s you do meet are all voiced by real people and while some sound a little better than others, I appreciated the voice acting nonetheless.  You have no voice and the conversations that do take place are linear with you basically tapping the ‘play’ button to get through what the NPC’s need or want from you. Your replies are silent and show up in text only and ooze sarcastic wit and an ignorance to your current plight.  Effects still do their job nicely enough and don’t detract from the game.

Most of the game involves exploration as you not only get your bearings but figure out what you need to do.  At the games onset a wizard, who has been stuck in the same maze as you for a lot longer, explains the situation and asks for your help.  From here you move from point to point and investigate what may be at that location.  Chests and vases are scattered around and can be opened or smashed yielding absolutely nothing, or maybe some gold.  The number of containers that are empty annoyed me pretty quick as they are found quite often and force you to navigate off the beaten path just to yield nothing except a waste of time.  As you traverse each maze, you’ll find barriers, objects, switches and puzzles that may require you to find an item or multiple items and possibly combine them to solve that obstacle.  The game rarely gets difficult and, as long as you keep your eye out for items lying around on the ground, relies heavily on re-tracing your steps as you move from point to point in the maze.  The second maze is more challenging then the 1st, but take your time and think about the items you have found and most obstacles can be easily bypassed. 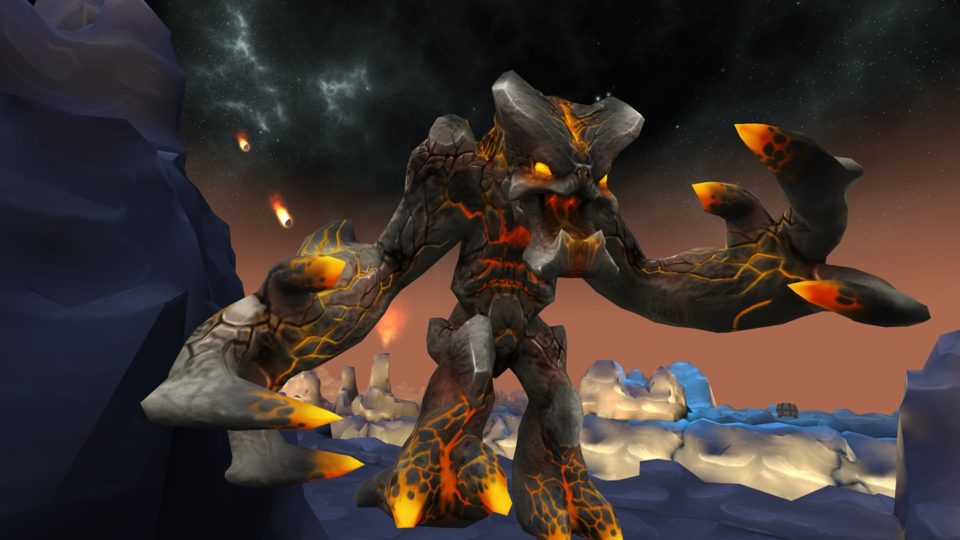 The monsters in the 2nd stage are large and in charge!

With a few hours of gameplay (site says 4.5 which probably isn’t too far off…I wasn’t timing my play) and an intriguing story, this is a great 1st chapter in what should be an on-going series.  It’s a little rough around the edges and the puzzles are a little on the simple side, but given the slight increase in difficulty between the 1st and 2nd maze, I’m hopeful that increase in difficulty will carry out throughout later episodes and offer more challenge and brain teasing.  If you are looking for a fetch quest type game in a fantasy setting, this is solid work!

What would I pay?  The $5 asking price is very easy to say yes too.  I enjoyed my time in these 2 mazes and given just how much content is here for the price, there is a lot of value when compared to many other Gear VR titles.

RiseAngle Inc. provided The VR Grid with a review code for this title and, regardless of this review, we thank them for that!