Have you ever wanted to know what it feels like to be hunted by stuffed bears? Defend yourself using various toy guns? I didn’t think so… but to answer the next question no one was asking, it’s surprisingly more fun than you would expect. I went into this game with low expectations and they were very much exceeded! Which isn’t to say the game is great, but it is a decent little shooter. 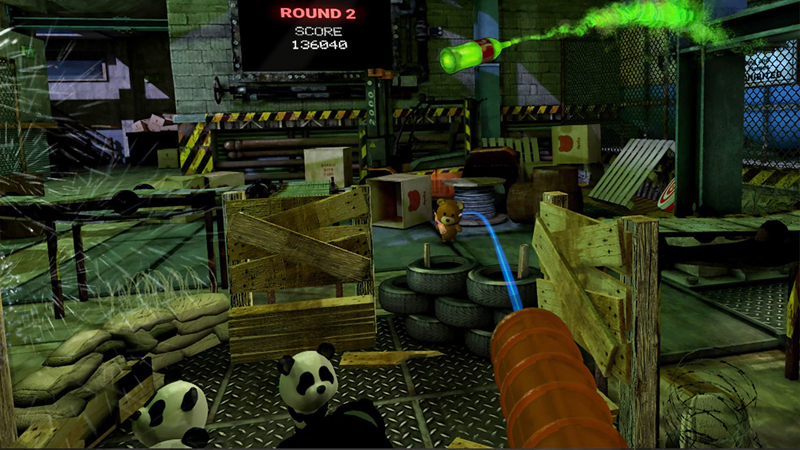 The premise has you defending yourself from waves of stuffed bears, comprising of a few different enemy types. You hold two guns at a time with one being a trusty dart pistol and one varying depending on the game mode.  Sometimes it is a shotgun (survival mode) and others you will be holding a freeze ray gun (bomb challenge) or a water gun (fire challenge). The physics in the dart pistol was one of the first things I noticed as being impressive as the darts fly and stick exactly like you would expect real darts to shoot. Every time I missed I felt like it was my own fault, and not due to any in-game shortcomings.

The different game modes don’t change things up too much, survival might be the least original, but it was also the most fun, in my opinion. The bomb mode has you freezing bombs on a conveyor belt before they fall into captive stuffed pandas, and I felt this was the least interesting. Fire mode is similar to survival except you also have to put out fires with a water gun.  The different modes feel too similar for my tastes and it points out the lack of enemy variety even more.

The main antagonist of the story is a bear named Frank, he oozes and evil villain demeanor that is mostly spoiled by jokes that fall flat. The jokes and puns don’t take too much away from the game but given that almost none of them made me laugh, I think it would have been better if they were just skipped all together. 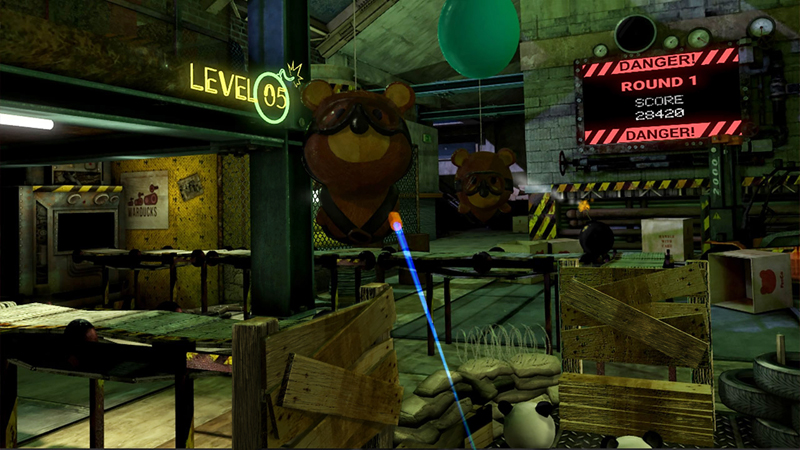 Visually the game is lacking and none of the textures or designs are impressive. Enemy models are very basic and none of the effects are anything beyond passable. The game also does not allow you to take full advantage of room scale. I was forced to remain inside a box that was considerably smaller than my actual play space. Attempting to venture outside of this the game would chastise me and tell me to get back into my tiny little box. While you can technically look behind you in game, enemies only appear or come in from a roughly 270 arc, including some areas that would be considered behind to the side, but never directly behind.

There is 2 different difficulty modes available and unless Sneaky Bears is your first game in VR, I’d recommend choosing the harder difficulty as it does offer a little more challenge.  Online global leaderboards are also present here, should you feel the need to prove yourself against others.  These additions help with replayability, but once I finished the game, I had little desire to return to it. 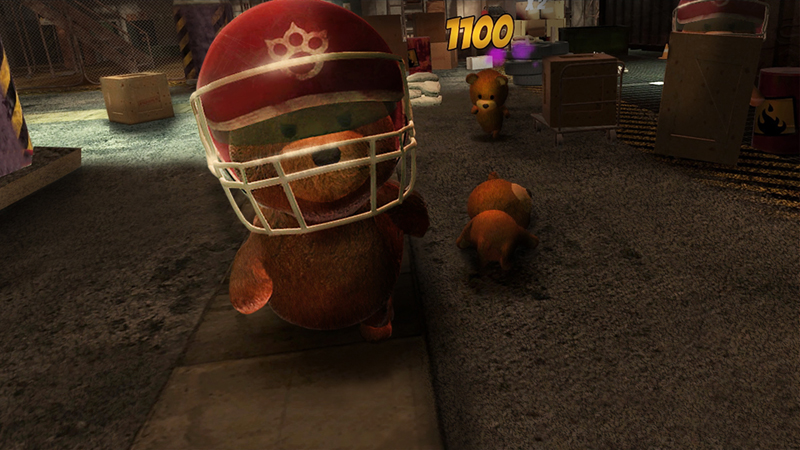 The bigger they come, the harder they fall

With all that said, the gameplay, though a little simplistic is still fun and will entertain you through the 2 hour(ish) campaign.  If you are looking for a more family friendly shooter than this may just be the type of game you are  looking for.

What would I pay? $6 seems to be a reasonable price for a game with a play time of about 2 hours that has good shooting mechanics, but little else. Nothing tempted me to pick it up again after finishing it.

Warducks supplied The VR Grid with a review code for this game and, regardless of this review, we thank them for that!