Ah puzzles, in or out of VR, puzzle-based games tend to be a niche genre, especially those where the gameplay is 100% reliant on said puzzle mechanics.  “Rooms’ is exactly that with you being tasked with navigating through a plethora of side-scrolling stages that not only challenges your wits but forces you to exceed them.   The base story involves a toy inventor whose house, and him, disappeared ages ago only to reappear in front of a little girl named Anne.  It’s up to you to guide Anne through the mansion and solve all the sliding room puzzles within and uncover the truth behind the mansion’s disappearance. 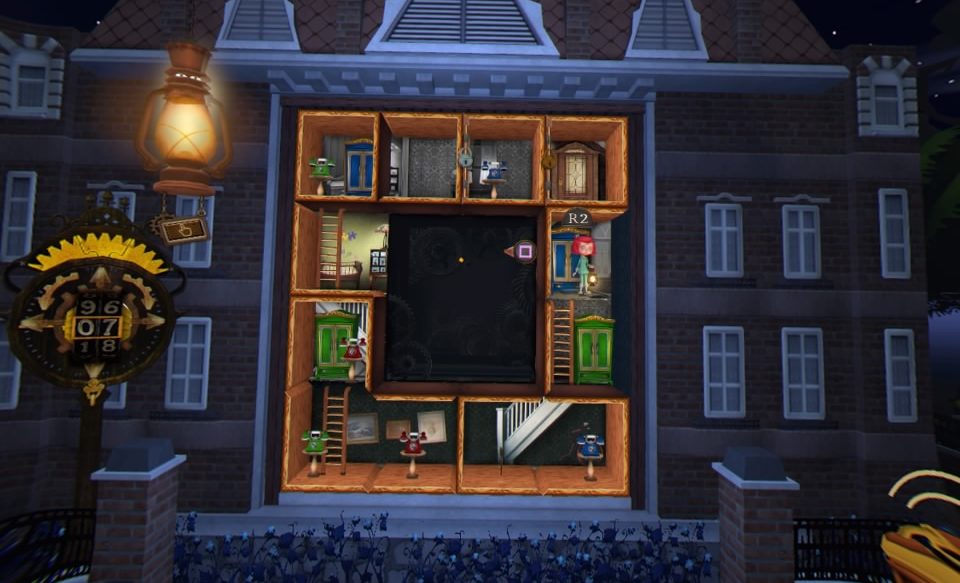 It doesn’t take too long before the puzzles start tickling your brain.

With your DS4 you control Anne in typical side-scrolling action. Each stage is comprised of rooms, each of which you navigate too with a click of a directional button.  Once you move Anne to a room, you can move that room around in any direction, assuming there isn’t another room already in the way, with the goal being to direct Anne to the door to the next level.  Each stage has a 3 puzzle-piece system that requires you to get Anne to the end of each stage in the least amount of moves possible.  As the stages progress, new elements are introduced that allow you to swap rooms, teleport to different rooms, push and pull rooms and host of other modifiers and obstacles that make every ongoing stage more difficult.  The mechanics are relatively simple, but as the individual elements compound it doesn’t take too long before  these visibly simple puzzles become mind-bending obstacles that will tax your acumen.

Given the stationary side view look of every level, those looking for an immersive puzzle type game may be a tad disappointed.  Besides the more 3D look of the stage, only really noticeable as you look around the level, there isn’t much in the way to attract you to the game in VR besides a few ambient particle effects.  What I’m basically saying is that in or out of VR, Rooms basically plays the same, but with that said, I’d still rather play it in VR.  Each of the stages has its own theme and new puzzle elements that constantly keep you on your toes.  Interspersed between stages are some text-laden cut scenes that explain the origins of the mansion and why it is in the state that it is in today.  The background in each stage will line up once you complete a puzzle so paying careful attention to the details in each room could help you solve a tricky puzzle.  Character models are simple, and the levels are equally so but they do the job and in game based exclusively on puzzle solving, that’s really all I ask. 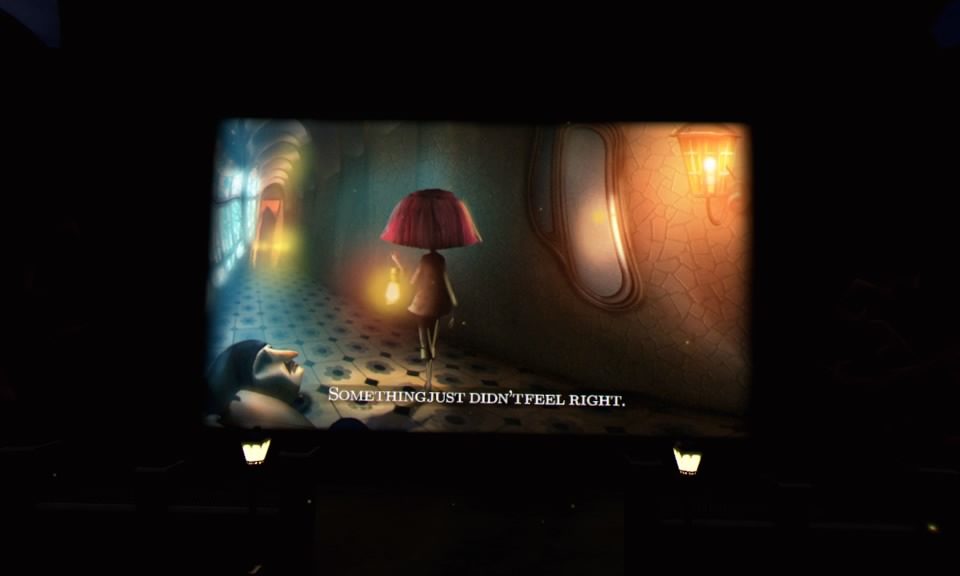 The story is told through animated pictures

A few sound effects pepper the game but the stand out is the music, which is an orchestral blend of a few genres’ that lends itself wonderfully to the look and feel of the game.  For some it may be forgettable, but I enjoyed every tune that was played.

So where does that leave us?  Well, it leaves us with a puzzle game sure stop people in their tracks as you try and solve puzzles in as few moves as possible to unlock the true ending of the game.  There are over 140 puzzles here and for most I feel like it will take you more then a few hours to get through the campaign.  Each of 4 stages have basement levels which are designed to be even more challenging then the main stages as Anne now has abilities she can use to navigate the rooms like placing bombs or using a cell phone to teleport to a room.  As each new room variable is introduced the puzzles get increasingly more complicated and a movement counter to the left tells you how many moves the puzzle can be solved in. Solving any puzzle will get you 1 puzzle piece and unlock the next stage but solving them in the least amount of moves possible earns you the pieces needed for the true ending.

I really don’t have too many issues with this title, the main one being its niche appeal.  The visuals are very simple and while they do the job, they could be improved on.  For one, some of the rooms have no floors, meaning if you move them on top of a room with a ladder you can climb down into it.  These floorless rooms have Anne seemingly walking across air and I wish the devs would have seen fit to incorporate trapdoors or some kind of visual floor to account for that mechanic.  I also wouldn’t have minded a position adjustment option as I found the default one to be a bit to far away from the mansion but with that said, a simple adjustment of your chair solves this issue.  Both complaints are minor but did afflict me on more than a few occasions, so I feel they are worth bringing up. 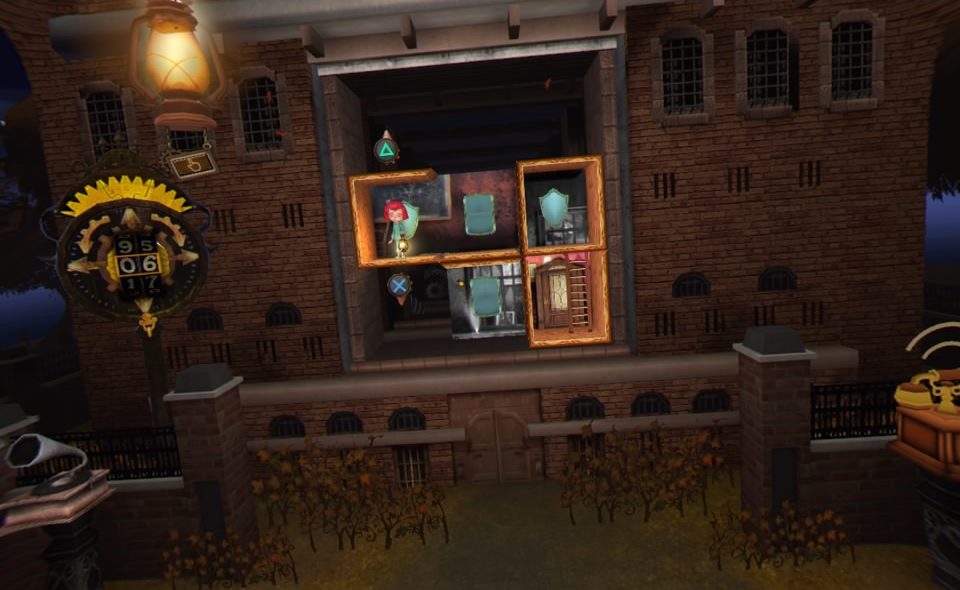 Like I said, if you are looking for a crazy immersive VR experience, Rooms won’t do a whole lot for you, especially if you aren’t for challenging your brain.  With that said, Rooms has some of the most mind-bending puzzles I have played in recent memory and if you like working those brain muscles then there are is a tonne of content to get through here.  Even the story, told in still image cut scenes, gets both dark and intriguing and I’m looking forward to unlocking the ‘true’ ending to see how this bizarre little puzzler plays out.

What would I pay?  I would happily pay $15 for this, but that’s for the game, not the VR component.  I like puzzles and the simple nature of Rooms belies its complexity.  If you are looking to challenge yourself then Rooms has a lot of puzzles and doesn’t hold your hand at all as you try and solve them and playing this game in VR is really just a bonus.

Prism+ provided The VR GRid with a review code for this title and, regardless of this review, we thank them for that!