Richie’s Plank Experience is just about as basic a concept as it gets when it comes to VR content.  The premise is simple.  Ride an elevator to a very high floor where awaiting you is a plank overhanging the city street below with the goal being to walk to the edge of the plank being careful not to fall. 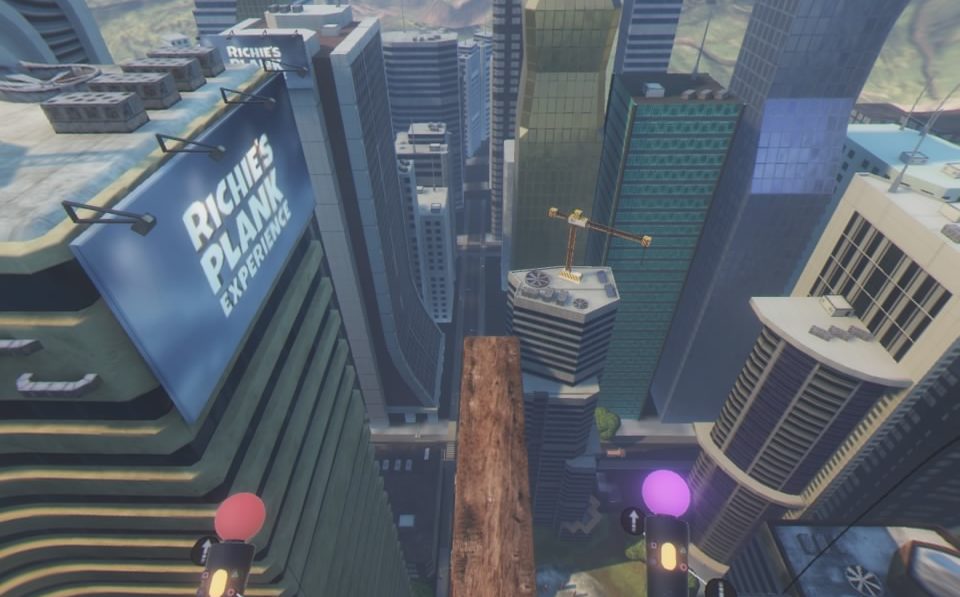 This brings me back to my days as a Pirate!

You can use the Moves or DS4 controls and both basically play the same.  For the plank experience, controls are relegated to walking forward or backwards which should just be used to set yourself on the edge of the plank, so you can physically walk across it in the real world.  This experience likes you to turn in the real world so using the Moves may cause them to go flying if you turn your back to the camera, though the buttons needed to walk will still work just fine.  The second mode available is the Fire-fighting mode which turns your controller into fire extinguishers or rockets, allowing you to fly around the city putting out small fires on roof tops.  It’s a fun little addition that lasts all of 5 minutes and definitely feels tacked on, but I enjoy flying in VR, so its inclusion is a welcome one.  It’s worth noting that to pull THE MOST out of this game, you should have a plank set up in front of your TV to walk upon.  There is a guide to sizing and positioning the perfect board as well as in-game options to match it as much as possible to ensure the most realistic experience. There appears to be forced blinders when using the flying modes which is unfortunate and click turning also appears to be the only option though this is only a factor in the flying portion as well 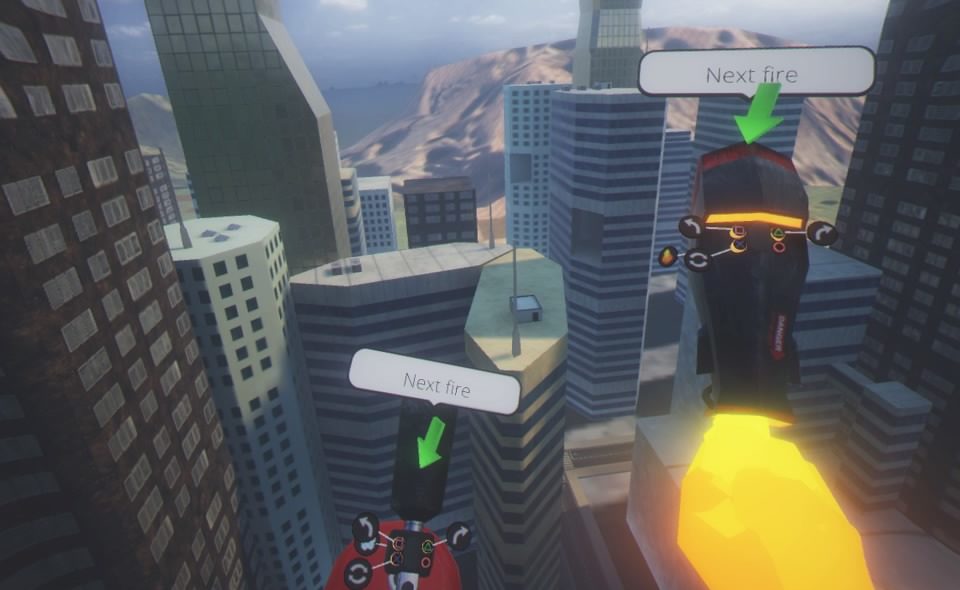 Gotta find the fires to fight the fires!

I will say that game looks great.  The visuals are slightly fuzzy but nowhere near Firewall levels, still offering a crisp and clear presentation.  The city looks quite honestly fantastic, though minus a few vehicles and objects is relatively static which isn’t a bad thing.  The vehicles don’t look the best up close, but when your standing on plank like 100 ft above ground, they look fine.   The lighting and shadows look great and even the textures, which are lacking still make the city look like it should making for an immersive experience.  As far as I can tell there is only 1 piano track that plays throughout the game which fits nicely with the gameplay and given just how quick a game session should be, never annoyed me.  There isn’t a lot going on in the game, but when something does happen, the sound effects are bang on, which is great!

Besides some needed comfort options there isn’t too much to whine about other then the lack of content, which coincidentally enough is also this games strength.  Unless you are trying to conquer your fear of heights or falling, after only a few jumps, the thrill dissipates.  The fire fighting is fun, but doesn’t really add more then a few extra minutes of messing around content so if you are planning on buying this for just yourself, more then likely you’ll be saying ‘is this it?’  It is, but where this shines is when you can gather a group of people, get a real plank and watch the action unfold.  Each walk/fall only lasts a few minutes, even the flying as well, so it’s easy to switch off and keep the fun times happening. 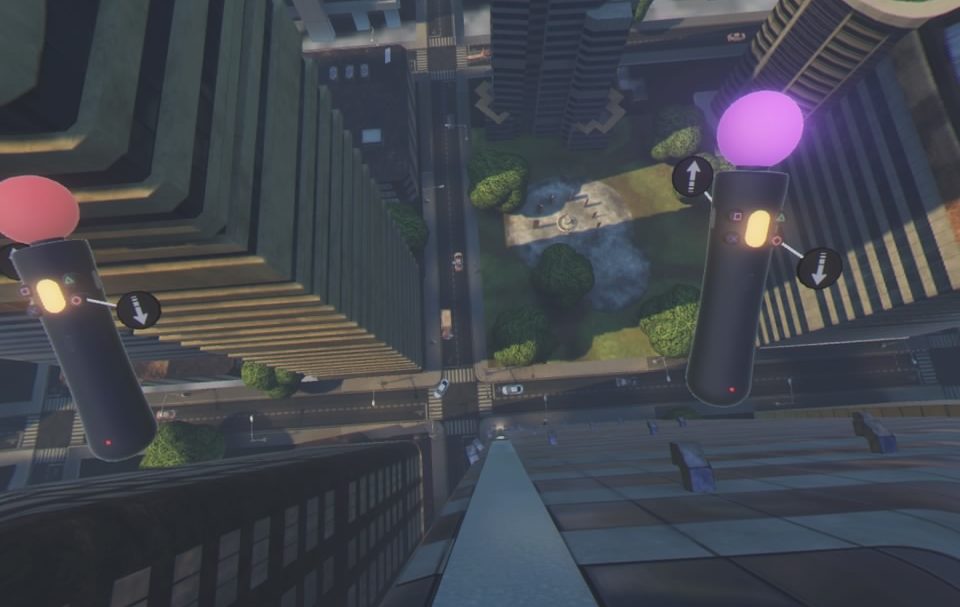 Look out street…here I come!

Richie’s Plank Experience is a simple game that is more of a crowd pleaser then anything else.  The content is very shallow but playing this in a party and watching VR newbies reactions is where the value in this games content lies and is a shining example if immersion in VR, just don’t expect to spend more then a few minutes in here at a time.

What would I pay?  Despite my praise, I still think given its overall simplicity this should be a few dollars cheaper, maybe $10. Especially when to maximize the experience you need to go and buy a plank unless you have 1 lying around.   Still, this is a great VR demo experience that doesn’t mess around.  Get in, walk the plank and get out.