Red Matter is one of my favorite VR games of all time so when I heard that there was a sequel in development, I was nothing short of ecstatic to dive back into the alternate Russian controlled space fairing future.  The revelations of the first game are delved into much more as you, the returning cosmonaut, are tasked with exploring facilities located on both planets and in space, unraveling all new mysteries while in search of a lost comrade. 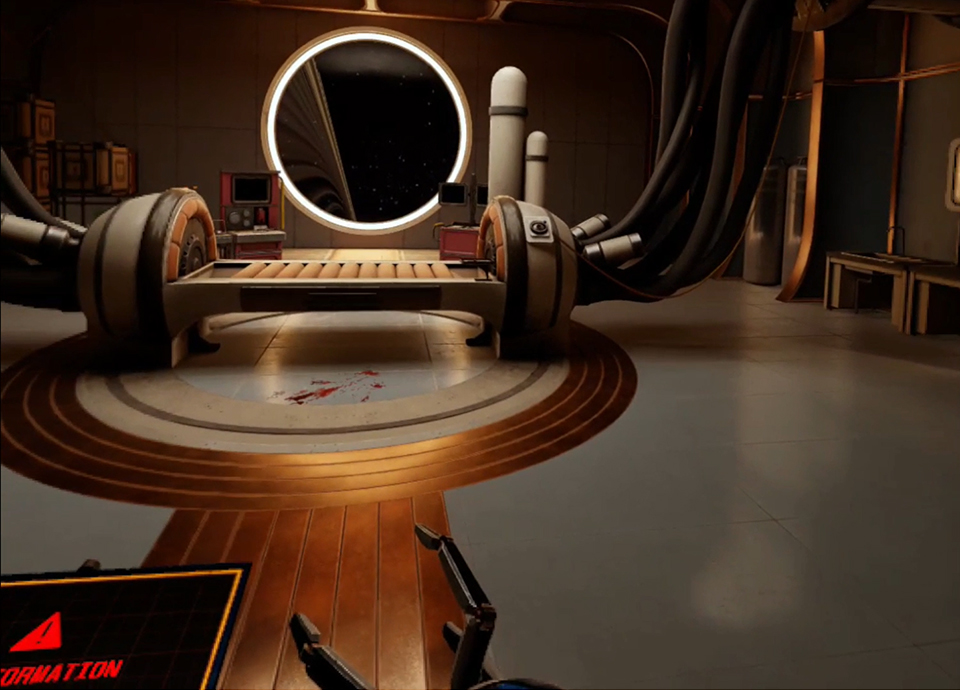 You’ll be wandering through various Russian facilities in search for answers.

If you have played the first title, then the controls here are largely the same with you slowly navigating through the various areas the game throws your way with everything in here being much larger.  The first game took me around 3 hours to get through and I expected more of the same here, but that is not the case as you are no longer wandering through one lone facility but visit an array of locations.  Comfort options are available for those that need them and include a node based jumping system instead of full locomotion as well as blinders and click-turning but for the purposes of this review, full locomotion is the name of the game!  Each hand has a multi-tool you can swap out that allows for grabby claws, a scanner, flashlight, a hacking tool and an eventual gun which will be needed to dispatch some robotic drones that get in your way.  You’ll still be bypassing locked doors by solving relatively simple circuit puzzles or just finding security badges that will allow access, but it’s the other puzzles that stand out as many use the environment around you and must sometimes be solved in some very clever ways.  Platforming sections were lightly used in the first game and relied upon that game’s jumping function, which has now been replaced by a jet pack of sorts that can briefly raise you in the air and thanks to the lower gravity at play, you can jump quite far.  As this is a much more freeform style of movement, there are plenty more jumping sections that will require timing, aim and faith for those longer jumps.  It’s the combination of all those elements, and more, that makes every new discovery feel special as I never knew what’s going to stop me in my tracks next. 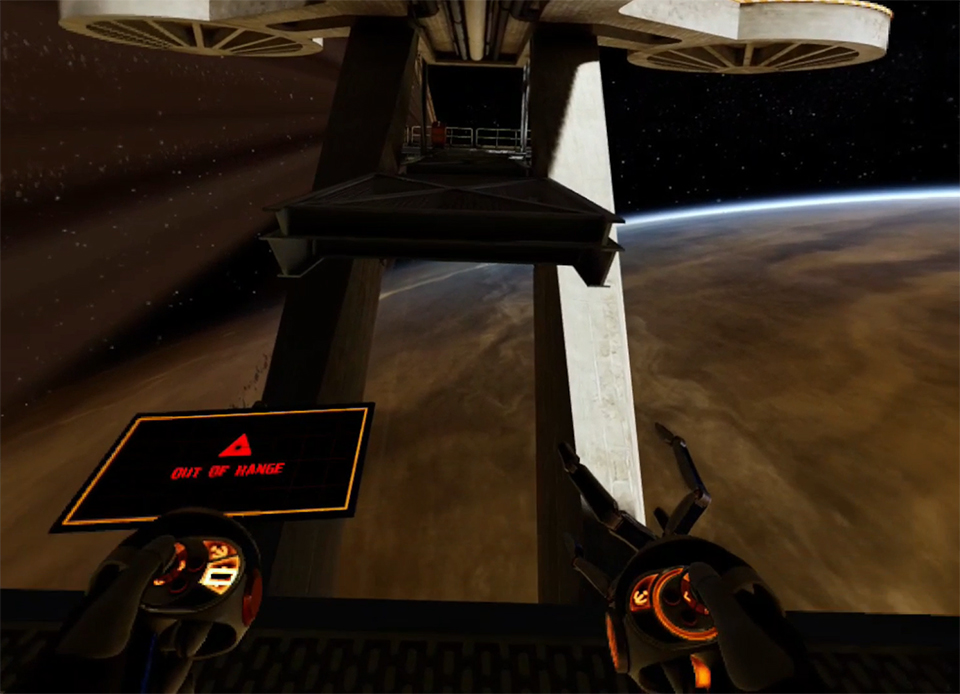 Thanks to a jet pack, you’ll hopping all over the place.

I played the original game on PSVR and was nothing short of blown away by the presentation and stated then that it is “is one of the best-looking games to grace our headsets” so when I dove into Red Matter 2 on the Quest 2, I expected a similar experience but with reduced texture quality, effects and other sacrifices typical of the stand-alone platform.  What I got instead was, in this reviewer’s opinion, the BEST-looking Quest 2 game released so far.  This looks on par with some of the best tethered experiences I have played, and I am honestly dumb founded as to how the Vertical Robot team achieved such impressive visuals.  Back are the beautiful reflections from your data laser which highlight all the nicks & scratches on glass and the lighting effects as well are top notch with blue and red lights casting hues and shadows across everything nearby.  Where the first game had smaller, more confined rooms, Red Matter 2 opens the game up with more, substantially larger areas with increasingly complex puzzles.  In order to get all the pretty in here, many of the locations are separated by doors which not only prevent you from going back but also act as decontamination rooms, causing the player to wait around in a tiny room for a few seconds while you are scanned and the next area loads.  As I cruised through the campaign, these little waiting rooms did become a tad annoying, but considering why they are here, I really can’t complain too much.  You can also interact with just about any item you can see so if it looks like it can be picked up or grabbed, it probably can and thanks to some commendable physics, items feel like they have some weight though are still quite floaty given the lower gravity.  Rooms are laden with smaller items and tech and outside of the stations are some impressive environments that carry with them a scale and detail that I can’t believe is possible on the Quest 2.  Bottom line here is that this game looks nothing short of stunning. 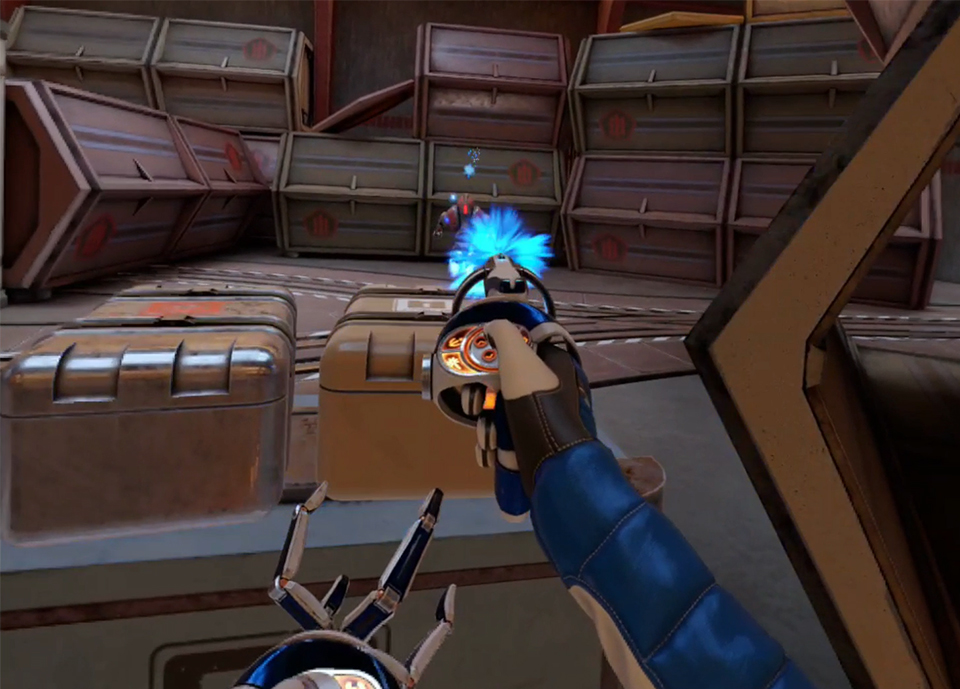 The shooter action adds a whole new element missing from the previous game.

Back is an atmospheric soundtrack that, when it kicks in, amplifies that feeling of the unknown and perfectly fits the vibe of being in strange sci-fi mystery.  Accompanying you on your trek via radio is a woman codenamed ‘Beta’ who assists in hacking some of the doors and is in direct contact while you puzzle through each room.  She also elaborates on plot points, and you are not voiceless either and while their conversations are typically brief, her presence did alleviate that feeling of being alone.  3D audio is also fantastic which comes in handy when pressing buttons and pulling levers that trigger something nearby or when in combat with drones that move around the room making for a wonderful audio package. 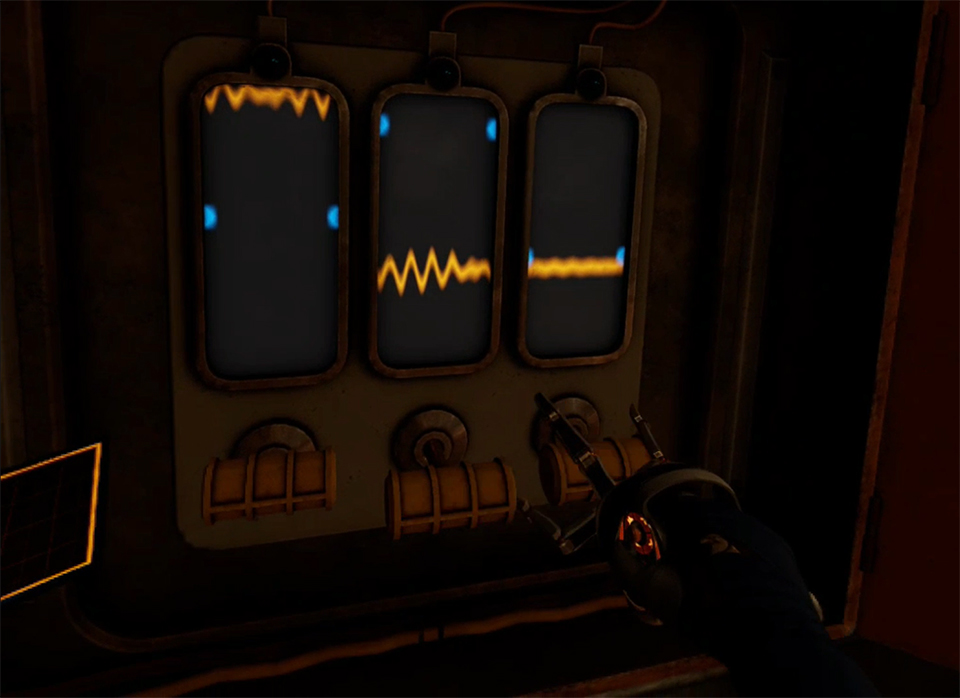 Some puzzles seem easy, but can be quite challenging.

I enjoyed the first game and Red Matter 2 improves upon in predecessor in every way.  The addition of combat, while simple, adds a whole new dynamic that makes each encounter harrowing.  Lasers move at a quick speed, but not so fast that enemy fire can’t be dodged and vice versa giving some of these moments a ‘Space Pirate Trainer type vibe as I ducked and weaved while trying to expose the enemies’ weak points for quick destruction.  I had a blast during the combat sections though the enemy AI is exploitable but thanks to the shot speed and how they behave, still make each encounter fun and I wish gunfights would have been introduced a little earlier in the story as they don’t appear until the latter half of the game.  I also found the challenge factor of the puzzles to be amazingly balanced.  The campaign took me about 7 hours to beat with a few puzzles stopping me in my tracks as well as a handful of deaths at the hands of those robots though never once did I feel like any puzzle or encounter was particularly unfair.  So much so in fact that when I discovered a solution to a rather complex puzzle, I felt incredible satisfaction that was equally matched when I quickly found the solution to another one.  The only puzzles that I didn’t care for were the hacking ones that bring up a holographic display and task you with guiding a little sphere to a specific point somewhere in or near the grid they are in as indicated by a vibration in the controller and a beeping that got quicker as you got closer.  They aren’t awful but repeat too much and are easily the most unrewarding thanks to how much guess work and random waggling was involved.  Please understand though that any of these issues I have mentioned barely impact my enjoyment of what is otherwise a fantastic sequel. 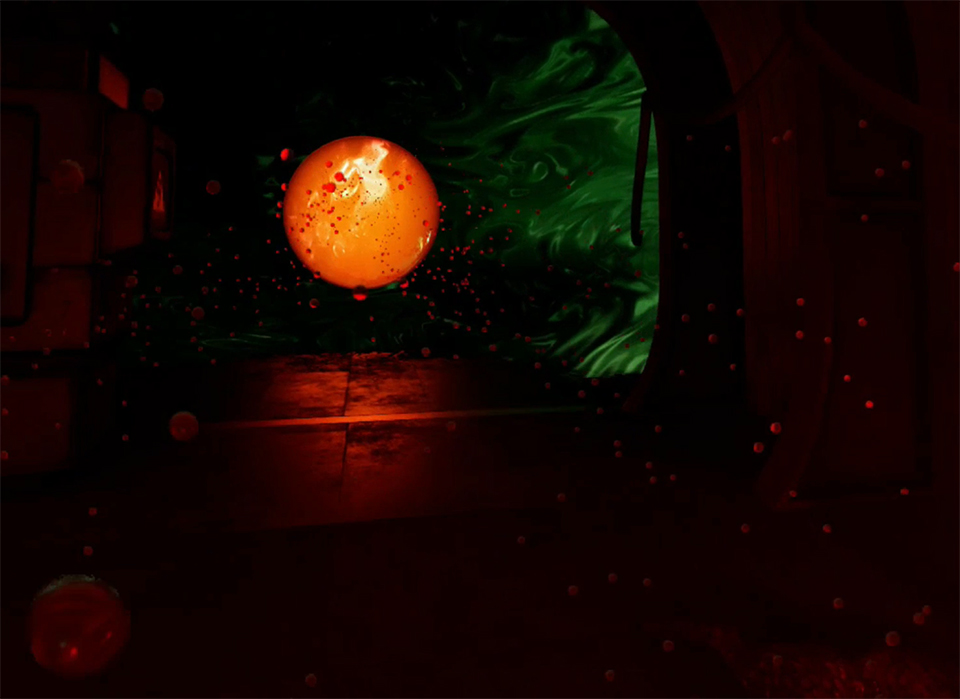 What exactly is the Red Matter?

If it’s not clear by now, I not only love this game, but am also impressed by what it managed to achieve on the Quest 2 platform.  It’s an incredibly well-balanced puzzle/platformer/shooter that feels refined and is one of the best titles to show off what Meta’s flagship headset can do.  The only reason to not pick this up is if you DESPISE puzzlers, but if you have any passing interest in that genre, don’t mind a little shooter action to spice things up or just want to show off what current gen VR can look like, do not pass this one up.

What would I pay? It’s kind of nuts that a $30 price tag on a VR game has many putting the brakes on purchasing and in this case, those people would miss out as this is an absolute gem of a title on just about every level.  This is a showcase title for what we should be expecting out of VR releases and hopefully we see plenty more like this!!!

Meta provided The VR Grid with a press code for this title and, regardless of this review, we thank them for that!