The Job Simulation genre has become somewhat of a staple in VR with a few games offering comical representations of their real-world counterparts. Whether it be as a line cook, car mechanic or surgeon, more often then not these games tend so succeed based largely upon their simplicity and parody of whatever it is they are paying homage too.  Prison Boss is the latest in that line of games, though this time it’s not a job per se, but rather as a felon.  You are in jail for an unknown reason and are tasked with making it through the system while crafting and trading goods, slowly climbing your way to the top of the food chain and becoming…you guessed it, The Prison Boss! 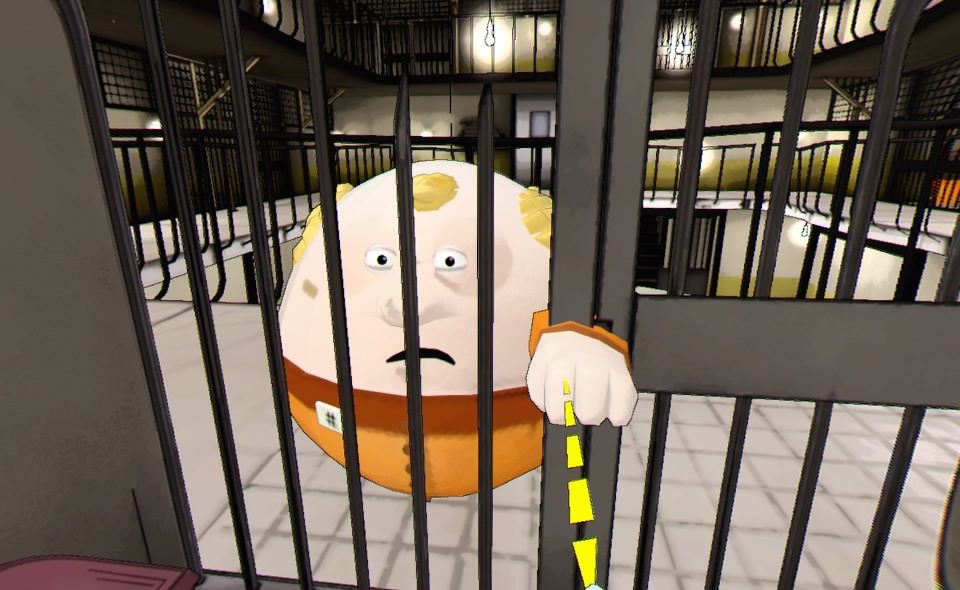 This guy is your bro!

As this is a simulator, you need some Motion controllers here which will be needed to grab items and perform some more intricate tasks.  There are 11 items in total to create and each requires certain base materials and specific motions and actions to create them.  You basically only need a few buttons, which are needed to grab stuff, move your thumbs and turn.  To create items to sell in prison, you need to purchase the base materials from a guy that visits your cell every morning.  This guy also gives you missions, which boils down to creating ‘x’ number of items.  Complete enough jobs and you are tasked with a last one requiring you to make the stuff needed to escape your cell.  To make a cigarette for instant, you need to tear a piece of paper in 2, sprinkle tobacco on it, pick it up in both hands and roll it by pressing the Move button and finishing it off with a lick by bringing it to your face.  To write a ‘naughty’ letter you need a pencil and paper and you need to scribble away.  Making Rope requires you to grab a cloth and roll your hands until it makes rope.  You can only craft at night and the clock on the wall does count down to morning though should you finish or exhaust your supplies, you can end the night (or day) at anytime you want.  The catch here is that guards patrol the prison and if they walk past your cell and see any contraband, then you lose whatever you didn’t have hidden and that night ends. Completing tasks gets you more supplies and money and unlocks items for your cell.  Some of these are just for aesthetics but many others offer more means to make more stuff and storage space, which will be desperately needed later in each prison when you have a ton of materials lying around and need to hide all that sweet contraband before the guard show up. 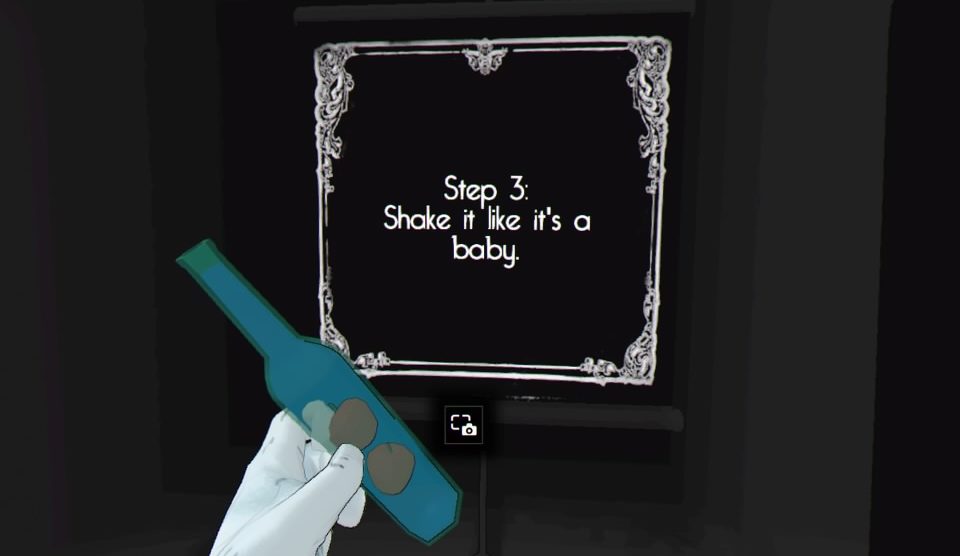 Like many casual sim games, Prison boss opts for a very light-hearted and cartoonish art style, all put together with a cell-shaded coat of pain.  Other characters are all egg shaped with items and objects looking typically comical.  The presentation is also along those same lines with the opening videos explaining exactly what is contraband and then not only explaining how to make it, but having you make it as well just so you what not to do in prison.  You are a prisoner and as such, your cell is home so get used to it!  There are 4 different prisons in the game with each having a different, yet familiar look for anyone who’s ever seen jail on TV before.  Guards survey the cells and you can hear them getting closer and closer or see the beam of light as they walk close to your cell and overall, I thought the Prison Boss looked pretty slick, if not a bit simplistic.  As far as the audio goes it’s mostly some smooth jazz music which did fit the action oddly enough and some scattered sound effects that get the job done so no real complaints there either. 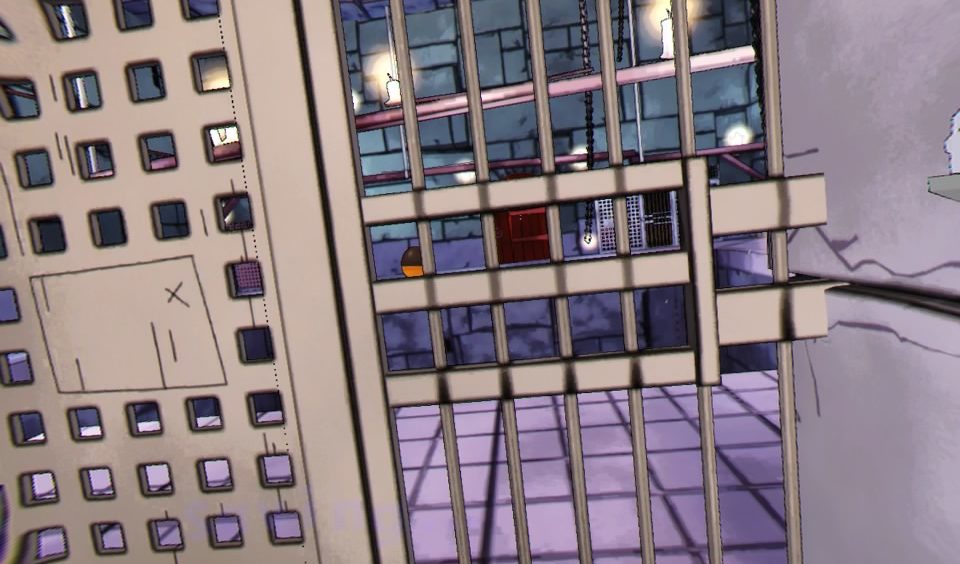 The prison may change, but the goals remain the same!

Typical of the genre is the reliance on repetition and Prison Boss fits right in with statement.  With apparently 80 different tasks to achieve over the course of the 4 stages and only 11 items to make, you’ll be performing the same actions again and again with increased time restraints and more intrusive guards.  This is not inherently a bad thing as the challenge of creating all this stuff is the crux of the game, I just got bored on the gameplay despite that challenge.  Take a job, buy and sell what you need, go to night, then mad scramble to make as much as you can, keeping an eye on the guards.  When they get to close, hide everything, wait until they walk by, then pull out your stuff and keep crafting!  Don’t get me wrong, I enjoyed my initial hour or 2 in the game and to complete all the objectives, you are probably looking at double that time to finish the game, but i felt the charm left the game after I finished the 2nd prison.  I think in this regard; Prison Boss is best played in smaller doses. 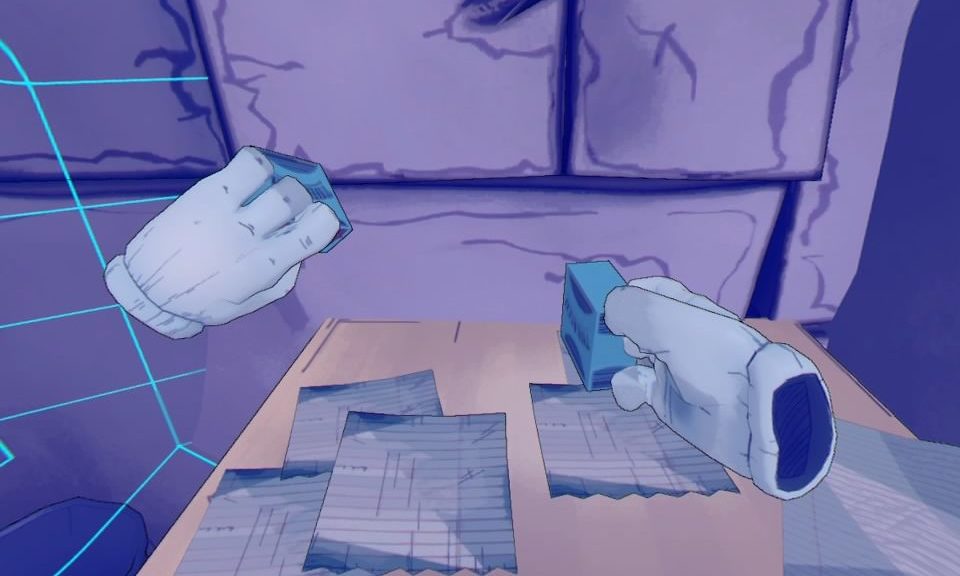 When the night comes…you better hustle!

I fully admit to not being the biggest fan of these types of games but do appreciate their broad appeal.  Job Simulator is held in very high regard and is a game I will never go back too.  Prison Boss is on those same lines and if the idea of crafting and trading contraband in a cartoon prison sound fun to you then I bet you’ll dig this!  The later tasks offer a ton of challenge and creating the items utilizes the Moves and in game mechanics in some fun ways so if you dig a more casual VR experience, then this may be up your alley

What would I pay?  There is plenty of content here for fans of this genre and the $20 asking price is more then fair. For myself though, after around the 2-hour mark, I was more then done with the game.  It’s technically sound and offer some amusing moments, but for me, $10, maybe $15 just seems more appropriate for a man of my tastes.

Trebuchet provided The VR Grid with a review code for this title and, regardless of this review, we thank them for that!