Many people lament certain genres being in VR. I mean, what business does a 2D puzzle-platformer have clogging up my VR library, right? Wrong!   Just because bullets aren’t flying past your head doesn’t mean a genre can’t work in VR.  Pop-Up Pilgrims is a very casual puzzle game that takes the classic ‘Lemmings’ style  gameplay from the 90’s and adds a whole bunch of unique traits that quickly separates itself from other games in this sub-genre. 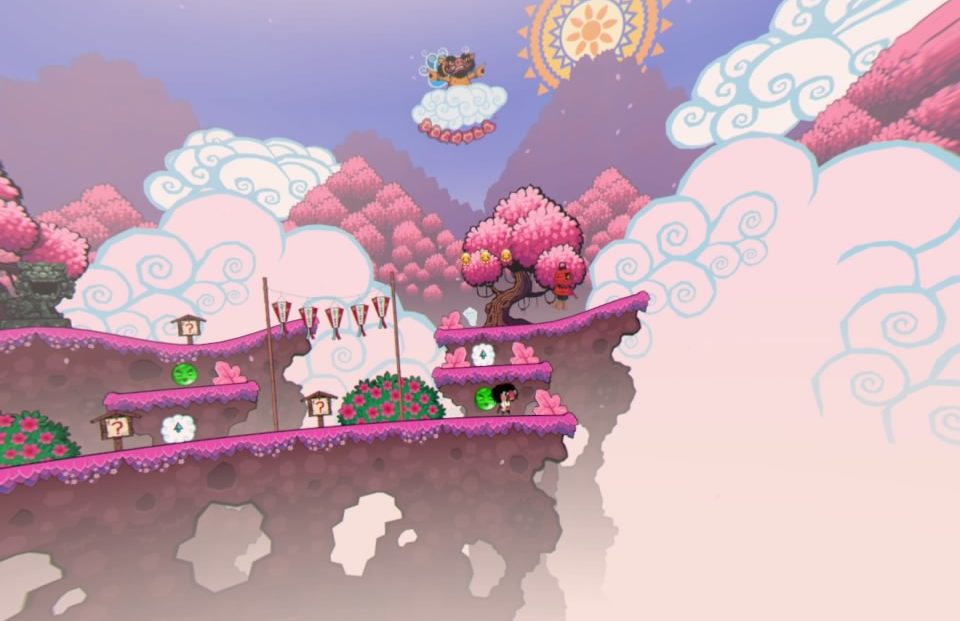 Your standard view of the action

All the action takes place on a bunch of  2D planes, 180 degrees in front of you.  Your little men or women appear somewhere in a level and it’s up to you to guide them to the level ending gate.  The stages are broken up into islands of sorts and certain obstacles block and guide your pilgrims around the map.  As you progress, more gaming elements are introduced like orbs you have to collect to open the gate, boulders that block your path, switches and an assortment of enemies that need to be avoided or taken care of.  Your regular folk all have the ability to jump, but later powerups change them into different kinds of warriors to help navigate the levels.  As the game takes place on different planes, you control The Cloud God by looking around the map, but to adjust to which plane you want to interact with, you’ll need to use the left joystick to do so.  When you are looking directly at a pilgrim and the Cloud God is above him, the Pilgrim will be highlighted, indicating that you can now interact with him or her.

For a 2D game, this looks really good.  While everything is flat, the many islands in the background add a unique sense of depth, like a pop-up book, which is amplified by some later gaming elements, like bridges and bosses, that join these  islands together.  The Pilgrims come in a variety of shapes and seemingly spawn randomly into different models at the onset of each stage, and as you advance in the game, so to do you see more Pilgrims.  Everything is very cartoony and carries a blend of felt and pastel artwork, crafted in a pseudo-traditional Japanese art style, that looks very sharp and crisp.  Each world changes up the look and color palette used and as the levels get larger they kind of fold around in front of you forcing you look around a bit.  Cartoonish clouds move around in the background while leaves float around the stage.  It all makes for a sort of serene, friendly game that is a joy to look at and, if you are in the mood, why not lean in for a closer view of the action? 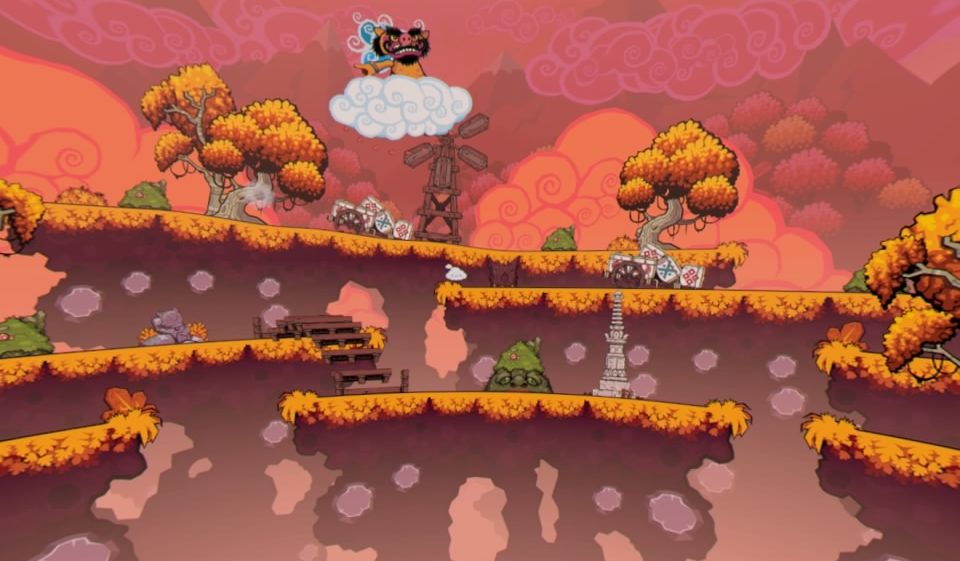 Each world has its own different flavor

The audio is also of the friendly variety with your little Pilgrims making tiny little ‘hups’ and other monosylabic noises when performing other actions.  The baddies that show up are mostly the same offering up a singular roar or howl.  The music here fits the friendly vibe of the game with 6 tracks, one for each world, with a little Japanese flare that is a little catchy, but does get old after a short while.  The bosses also have there own music which is a little for dramatic, adding to the epicness of the boss fight.

With 60+ stages  there is actually a lot of content to get through and while the initial stages don’t take to long to conquer, a few later ones had me stumped for longer than they should have, making for a very lengthy campaign.  Even when I did get stuck, for the most part, I knew it was my inadequacies that were holding me up.  There is a small story here about  some stolen scrolls and what not, but it’s mostly forgettable and just used to stitch the worlds together.

I really didn’t have to many issues here.  Every time a new mechanic is introduced, a little sign is there to explain it though I did find myself missing these signs often, but I learned to look out for them.  Making your Pilgrims jump can be a bit finicky and I sent more than a few to their deaths by accident.  On 2 occasions I got a Pilgrim stuck, preventing me from finishing the stage and forcing a restart, but as long as you are careful, this is avoidable.  The one thing that did drive me nuts was the rocks that are needed to be destroyed to give your cloud god guy the power to create custom jump points in the stage.  These rocks take 16 jump hits from your Pilgrim, which is fine when you have a bunch of Pilgims, but on more than a few levels, you are only given 1 Pilgrim so it takes 16 jumps to widdle that rock down, which is just annoying. 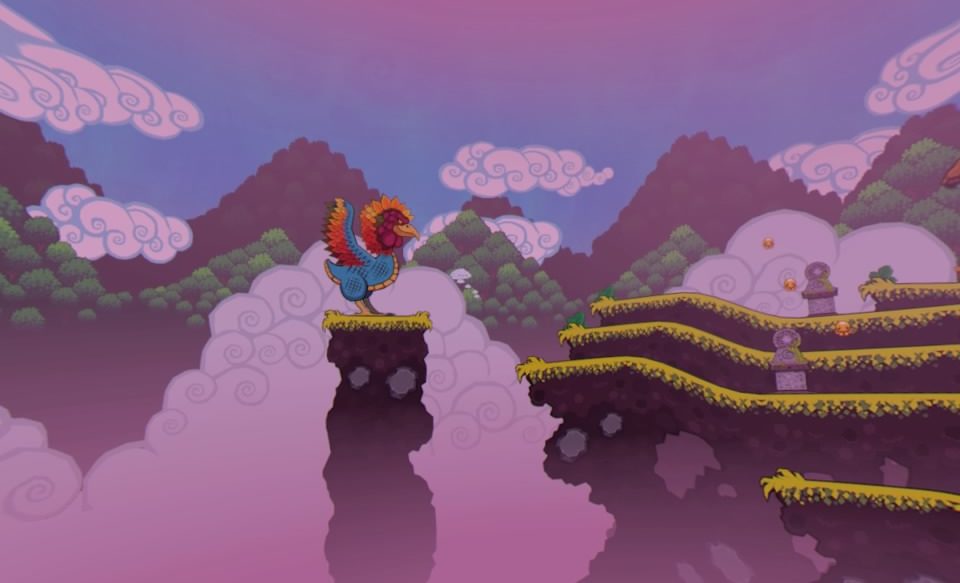 The boss battles mix up the action nicely

Pop-Up Pilgrims delivers in both quality and content and it’s appeal really boils down to how you feel about these kinds of Strategy games.  The presentation is crisp, the puzzles make you think and there is a significant amount of content here.  With that said, the stages never get to crazy hard so those looking for something to really rack there brains may be left wanting and due to the nature of the game, repetition did set in a bit, forcing me to take breaks just to clear my head.  Still, when taken as a package, Pop-Up Pilgrims shines as something a little different in VR that is loaded with charm and polish.

What would I pay?  $15 is a solid price.  With a lot of content, fun puzzles and great presentation, this is some solid bang for your buck!

Dakko Dakko Ltd. provided The VR Grid with a review code for this game and, regardless of this review, we thank them for that!