You can’t deny that some of the most fun game are also the most simplistic.  Sure, there are some crazy simulation type games that aim to give a crazy immersive and surreal experience, but every now and then it’s nice to have a game that brings gaming back to their most basic.  Starbear: Taxi is just that with you controlling a little UFO-type taxi as you try and pick up as many little bears as possible while performing some basic tasks along the way and trying to avoid some pesky racoons. 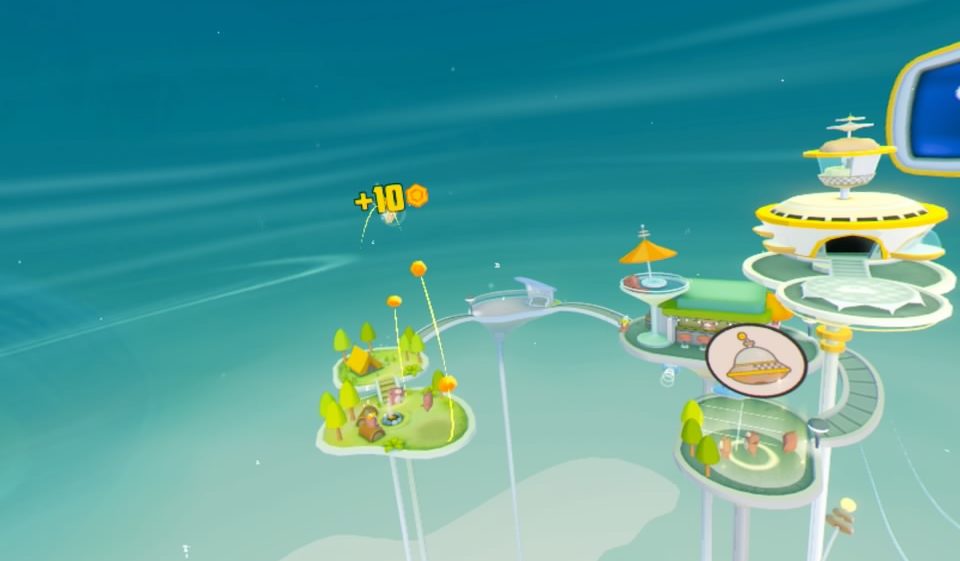 Nothing like a quick pick for some easy time.

You only need one Move controller to move your little ship around.  Each stage looks like a little diorama with your little ship acting more like an RC drone then something that easily navigable.  To maneuver your ship around, you squeeze the trigger to apply the throttle and tilt the move controller in the direction you want to go.  What ensues is hilarity as I guarantee at the game’s onset, NO ONE will be able to fly this thing with any kind of accuracy.  That said, after around 20 to 30 minutes I did start to get that hang of it and while I was in no way an ace pilot, I was driving around the map with enough accuracy to keep the game feeling challenging and rewarding.  The standard mode just has you last as long as you can while picking up and dropping off other bears as a timer counts down.  For every bear you pick up, you get a few seconds added to the clock and the different passenger types may require you to smash some blocks on your trip with pendulum thing or just collect some honey scattered around the map.  Challenge mode is the same game, but tasks you with not getting hit by anything.  Lastly is Bullet Heck, which has you facing an evil(?) raccoon on a giant floating TV screen with arms as he hurls missiles, spike balls and other objects your way with honey scattered all around and you need to not only last as long as you can but collect as much honey as well without being hit.  This mode is by far my most favorite as it can go on for a while and forces you to get good with the controls fast, and is just some straight up frenetic fun. 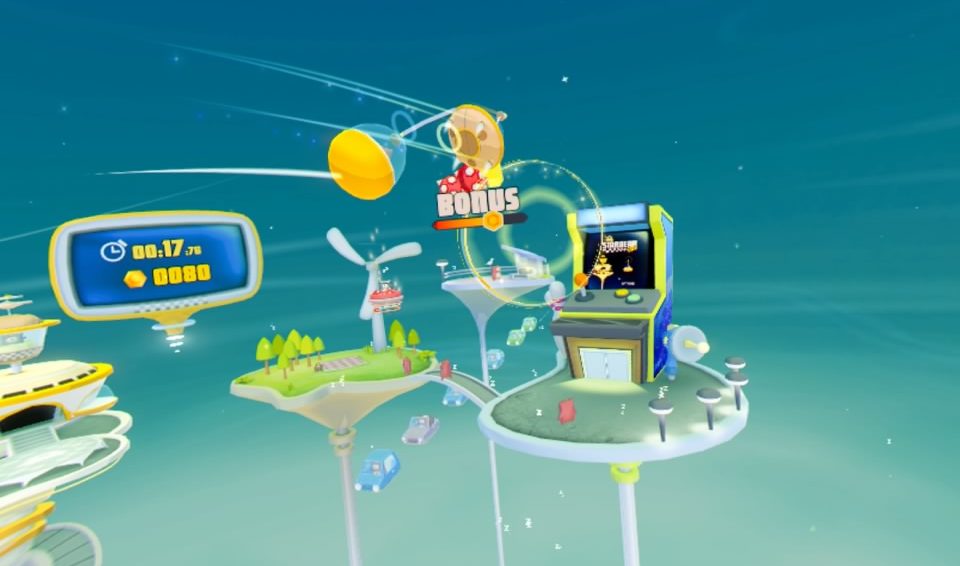 Flying is way harder then it looks.

The play space you are in is seemingly in the clouds with a few scattered buildings rising up high off the unseen ground on tiny poles.  As this does have a diorama type look, everything does look and feel small, but seeing as you have to drive around a fair bit, it makes sense.  Should you venture to far away from the buildings you will hit a barrier that pops up indicating the edge of the play space and the longer you last in the game the more structures pop up.  Each building will have a bear or 2 on it that you may be able to pick up with traffic floating by or raccoons in ships trying to stop you or ones on the ground taking pot shots as you fly by.  It’s all very cartoonish, but it looks pretty good thanks largely to the simple art style and bright color palette.  The sound as well it totally cutesy, but never annoyed which in titles like this, I’m really grateful for.

A very briefly tutorial introduces the controls and then you are off and man does the hilarity ensue.  Like I said, I did figure out the controls but those first 20 minutes were laughable as it was quite clear that my bear driver had WAAAAAAY too much drink.  This is by design and does add to the fun factor and I think if you could, I would play this for the 1st time with friends and switch off frequently just to share in the hilarity.  Like Crazy Taxi, you never have enough time with the meager seconds given by each drop-off not enough to keep that clock from winding down unless you get pro with the controls, but that is not just part of the challenge, but the fun as each stage only takes a few minutes or less.  I’ll note that leaderboards on the PSVR version are absent, which is a shame as it would have been a nice way to make the game competitive 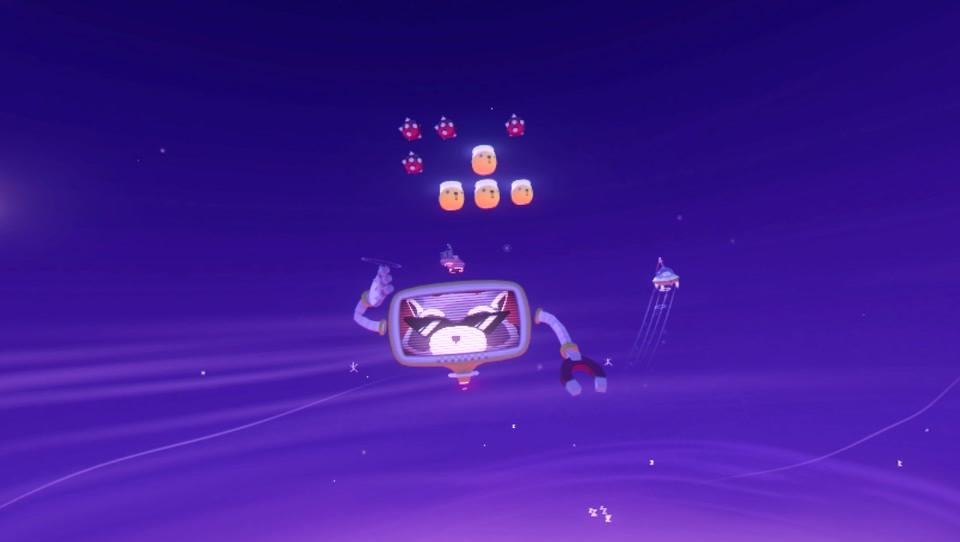 This guy is a pain!

Starbear: Taxi is a small game and it shows in both it’s scope and presentation.  With that said, it’s a lot of fun to mess around with these loose controls as you whip your little ship all over the place to pick up and drop off passengers.  Add in the Challenge mode and the oddly addicting Bullet Heck Mode and I had a blast whipping around these little sky villages and dodging the rampant raccoon attacks all while trying to collect that sweet, sweet honey.

What would I pay?  $5 for this a great.  I was entertained for an hour and could easily see coming back to this, especially to watch my friends try and play through the initial insanity and it definitely has that ‘just-one-more-time’ factor that makes these games so addicting.

Funktronic Labs provided a code for this title and, regardless of this review, we thank them for that!