I Hate Santa is a charming, low-key wave shooter. There isn’t much to be said about this game, which has very little content, but provides a fun and family-friendly holiday-themed action-arcade experience at a reasonable cost. 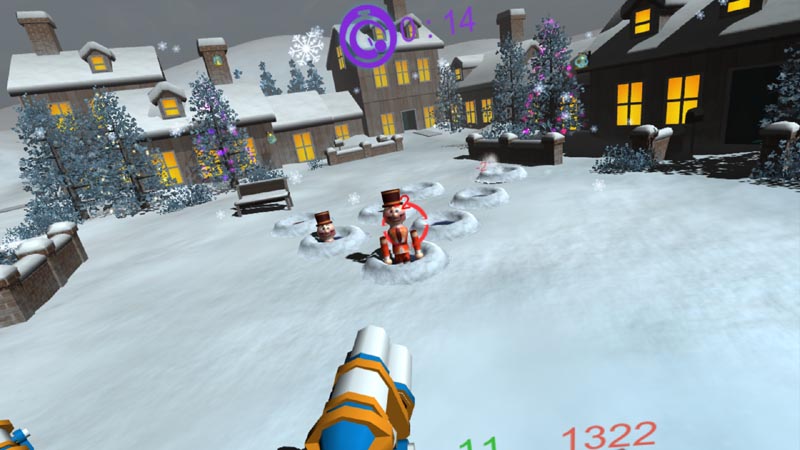 Nutcrackers…why did it have to be nutcrackers?

The player is stationed on a sled, with a cannon that shoots an automatic stream of snowballs. A hands-free experience, you must aim your head to shoot snowballs at children, while dodging the ones they throw back at you. There are different types of enemies, such as kids that build turrets or fly with jetpacks. You can shoot powerups to provide advantages such as rapid-fire or a health boost. In between levels, you can choose bonus points, health, or damage increases.

The difficulty curve in I Hate Santa is interesting, as it starts out far too easy but gradually becomes more challenging over time. By the time it grew difficult, I typically became bored with the gameplay. Due to its initial lack of difficulty, however, this game may be suitable for children or others without much VR experience. I Hate Santa’s graphics are also decent, and it runs very well. Seeing as it’s a hands-free game, I’m pleasantly surprised with how easy it is to navigate its interface. 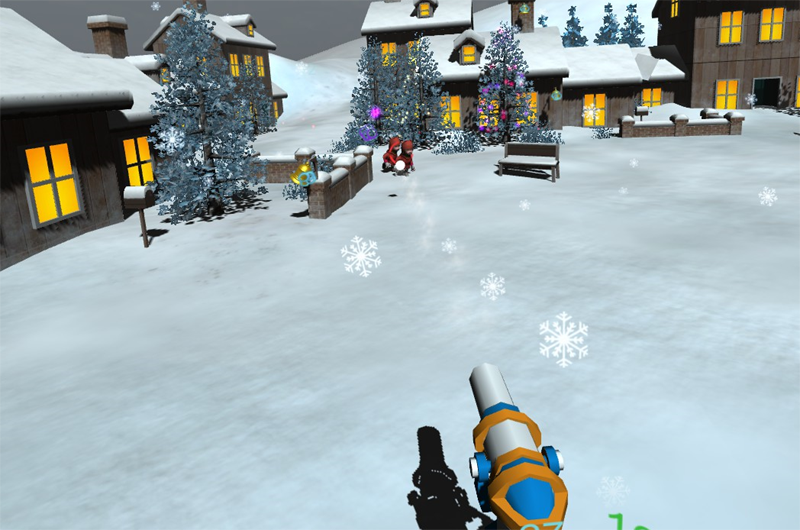 Why must I shoot snowballs at these poor children? They did nothing wrong…

I had fun playing I Hate Santa, and I do see myself coming back to it every so often. I only played for about half an hour, but I enjoyed the time I played. This game is extremely simple, and offers very little content. It’s well-designed, however, and has decent replay value considering what it is.

What would I pay for it?  You get what you pay for with this game, and for only three bucks, it’s definitely enjoyable. An extremely simple arcade game, I Hate Santa offers very little content, but what’s there is fun. If a Christmas-themed wave shooter sounds up your alley, you won’t regret buying this game.