‘Tis the season for freaky horror titles and now we have Home Sweet Home, a walking simulator with the goal to unnerve and scare the crap outta you. The game is a series of scenarios taken out of Thai myth and legend all linked together by a story involving a young couple. A few different game elements pop up through the campaign all making for very unsettling experience. 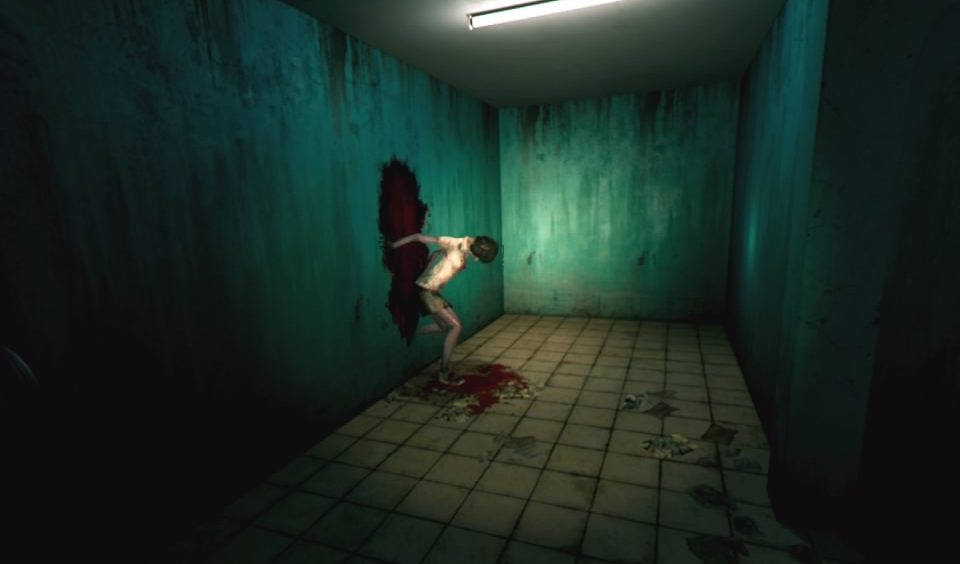 Yup, that thing just walked out of a wall.

Home Sweet Home is playable in and out of VR and in either mode the game plays the same, though is waaaaayyyy more immersive in VR. It’s a first-person walking simulator supporting the DS4 only that emphasizes exploration and pushing forward above anything else. Each stage in the game plays out in a slightly different manor, though the base mechanics never change. As you walk through each environment, you’ll find items scattered around that shed light on your current situation, are needed to solve the next barrier, or maybe provide clues to the larger story. Anything added to your inventory is stored until needed and I almost never had to check the items in there as I was either already searching for them and knew where they were supposed to be used or I would just stumble across the area where they were needed. Stealth mechanics pepper the game and force you to pay close attention to your surroundings should you need a quick escape to a nearby hiding spot or just need to escape the prying eyes of a spirit hunting you down. Puzzles also show up, mostly in the form of combination locks with the code nearby, though deciphering that code may take a little extra effort. The game progresses in a very linear fashion, locking doors behind you as you progress onward. A trusty flashlight is found at the beginning of the game and is really your only true friend in here, but in those stealthy moments, it can betray your position, forcing you to play in the unsettling darkness. A checkpoint system is setup so should you die, you restart from the last one you triggered to try again ensuring a relatively smooth experience. 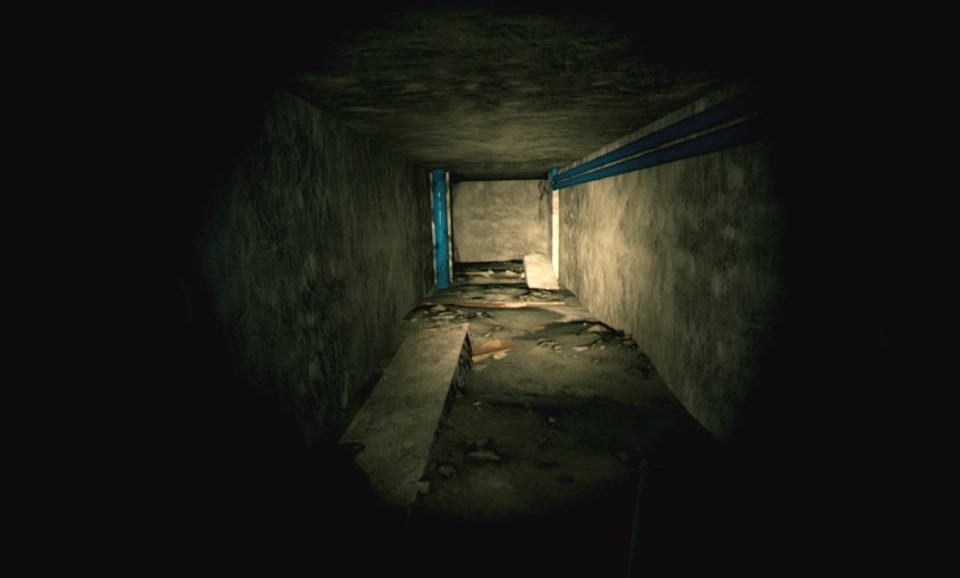 It only gets more creepy!

As the emphasis is on scares, you need some solid visuals to back this up and thankfully, Home Sweet Home looks pretty damned good. By no means is it amazing and there are definitely some noticeable foibles, mostly on the character models, but the environments feel authentic and do a great job of putting you in these twisted stages. As this is a horror title, the best way to keep you uneasy is shifting between the comfortable and the not-so comfortable so whether you are in your house, police station, cabin or any of the other stages, you never truly feel safe. Without spoiling too much, there are some ghosts and ghouls that pop up throughout the rather lengthy campaign (roughly 4 to 6 hours) and with those monsters comes a wide variety of jump scares and edgy moments. Levels shift seemingly at random with doors appearing out of nowhere and pathways unlocking or disappearing on their own. Things get very surreal early on and only get more insane as you progress through the game so expect a surprise or 2 as the game tries to scare the pants off of you.

Headphones, headphones, headphones!!!!! For the love of god, strap on a decent pair of ear speakers and enjoy the marvelous 3D audio at play. Ambient sounds pepper the game with doors opening and closing, random thumping and sooooo much more that never lets you relax. The first ghoul you encounter constantly pushes the blade up and down on a utility knife and while that sound gives away its location, it’s so unsettling knowing this killer is stalking you, all while constantly adjusting that damned blade! As the protagonist, you’ll occasionally talk to yourself or shout out at what you are seeing and it should be mentioned that content here is definitely for a more mature audience with a swear or 2 peppered in, giving the characters some authenticity. The voice acting is also good and while much of the visuals are still in Thai (very noticeable in the Police Station) the English actors do a great job of delivering their lines, which was unexpected considering just how many ports we get from that region of the world which hire not so great translators and voice artists. 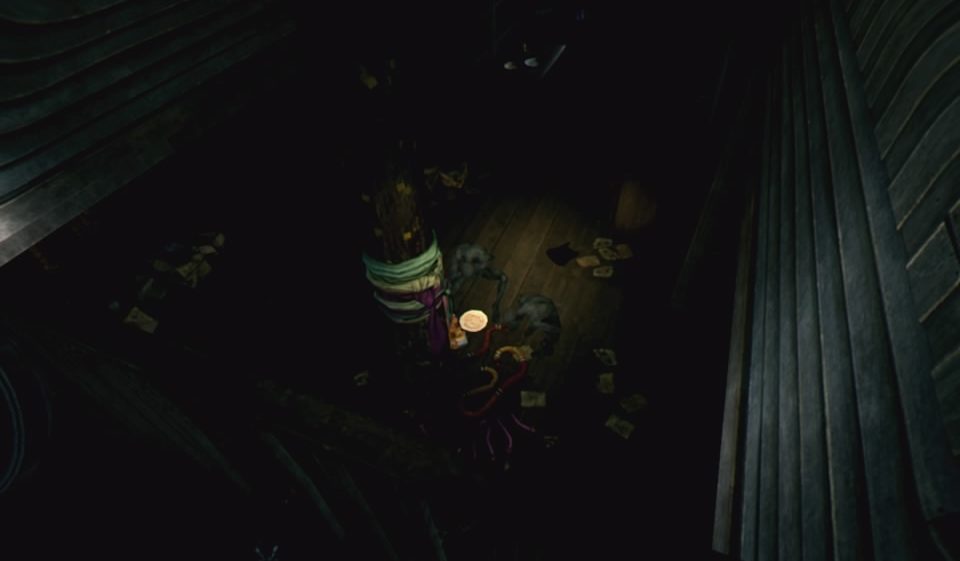 As this is a walking sim, though you can Sprint, there isn’t too much to complain about as the gameplay is relatively simplistic. That said, there are a few obtuse choices that hampered my enjoyment of the game, at least at the game’s onset anyways. First off is the brightness level in the headset which is out to lunch as starting the game introduced me to a world bathed in so much shadow, I couldn’t make out anything in front of me. There is a brightness slider… in the main menu, so you need to quit the game to adjust it but can’t test it in the headset until you start the game again, so it may take a few annoying attempts to find that sweet spot. Secondly are the games mechanics and lack of explanation about them. Movement mechanics are pretty stock but I wasn’t even aware I could run until I accidentally hit the left trigger nor did I realize I could fight back against the ghouls by hammering x as indicated by a bloody washed out meter that pops up in these encounters. Puzzles often rely on visual queues, but on the 1st real puzzle in the game, the solution wouldn’t highlight until I was right beside a specific wall and with no context how to solve the puzzle or clue the solution was there, I had missed it over and over and thankfully found a guide that showed the solution out of VR, where that player could easily see the clue as soon as entered the right room. The bright side to all my whining’s is that once you figure out what the game is asking of you, you can put that issue behind you and press on, back to the next terrifying moment. 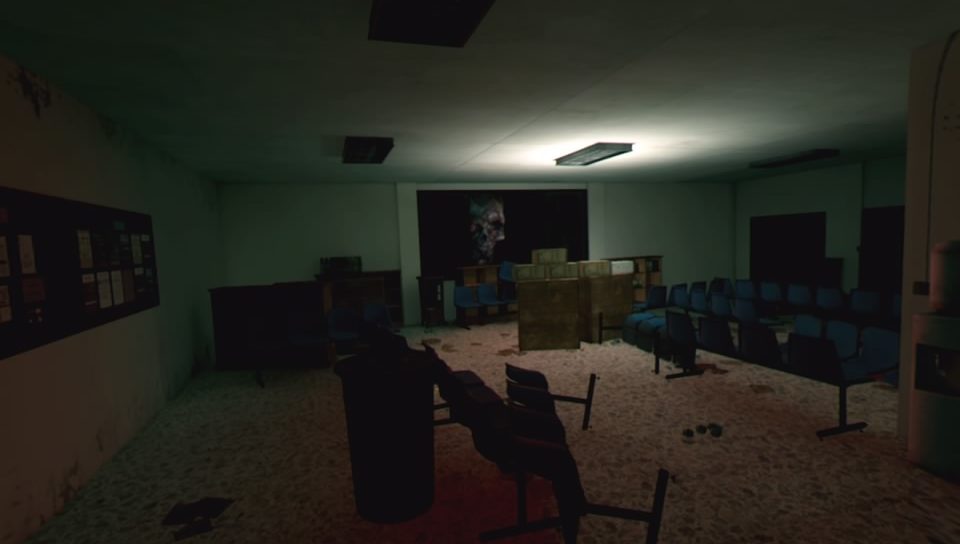 That is not a painting!

Home Sweet Home delivers what it intended; a horror game designed to keep you on the edge of your seat. The presentation is solid and while this there is a fair bit of walking around, the stealth and puzzle sections break up the gameplay nicely. If you are looking to creep yourself out and love some classic Asian inspired horror tropes, then I think you’ll dig Home Sweet Home.

What would I pay? The $30 asking price for this is more then fair. A lengthy campaign, solid presentation, decent spooks and some very edgy moments put this in the higher class of VR horror titles. This is a must buy for those who love a good scare.

Mastiff Games provided The VR Grid with a code for this title and, regardless of this review, we thank them for that!