Hex Tunnel is just about as basic a VR game as they come.  You simply navigate through a series of psychedelic six-sided tunnels while avoiding hitting anything besides the end.  I would say this belies its mobile VR roots but is, in fact, not available on the lesser powerful headsets.  Your goal is simple; pick a stage and make it to the end, but that may be a bit harder than it seems. 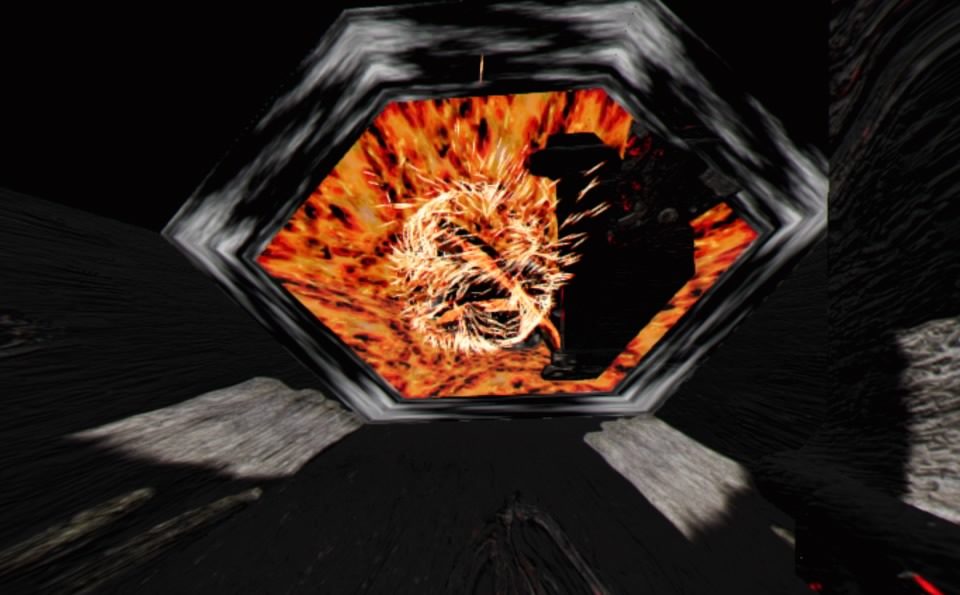 The name of the game is apt!

The controls here couldn’t be any simpler.  Control of yourself and menu navigation is handled by looking  at where you want to go, very similar to the tunnel runs in Eagle Flight.  Your speed is constant and there are no options to pause or restart a level.  Once you start a stage you either make it to the end or you don’t.  The only reason you need a controller is to select whatever stage you want or going back to the previous menu.  I would have appreciated a quit option or pause option just because I found myself accidentally selecting the wrong stage when I was rushing through the menu.  As far as the actual game goes.  You fly though a six-sided tunnel peppered with host of moving and stationary obstacles while some very trippy, multicolored backgrounds and distractions try and grab your attention for moment and cause you to crash.  Each stage has two sections to get through and completion gets you an 2 easy trophies.

Besides the controls, after seeing the visuals, I thought for sure this was at the very least a Gear VR game.  The visuals here aren’t crazy impressive with objects and backgrounds not carrying a lot of detail.  The stages have different elemental themes (water, fire…) and each does look surprisingly different from the last.  The fire stage was particularly impressive with the surrounding walls having a vibrant flare that totally messed with my brain when the flames were surrounding me.  Besides that, though, I found couple of the stages to be dark and/or blurry, especially with Air stage, where everything took on a Static-like hue making it difficult to see.  While each stage does recycle some elements from other stages, they also contain their own unique obstacles, which did keep the game fresh through my 1-hour or so playtime. 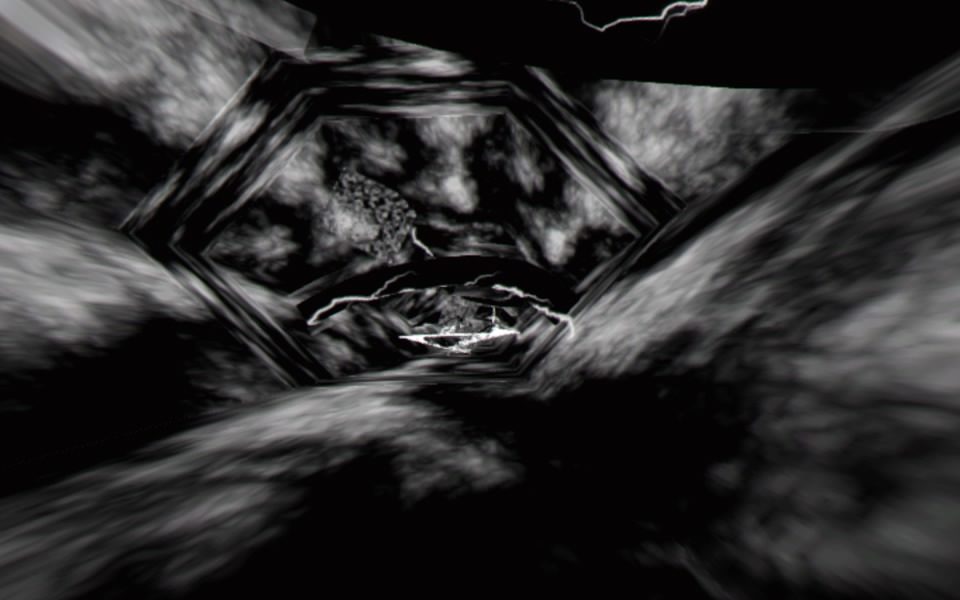 The Air stage was by far my least favorite

There are no sounds here besides the music which is a collection of techno music by Imphenzia.  I’m not the biggest fan of this genre as it’s just a little to fast for my liking but does work with the gameplay and if you do enjoy the genre than I’m guessing you won’t have to many issues with this.

There are a few issues worth mentioning, more so because they just annoyed me. Upon hitting anything, you lose control and the screen goes black, taking you back to the main menu; a ‘try again’ option feels missed.  I found the visuals in the ‘Water and Air’ stages to be hard to see at time, which does add to the challenge, but when I died in these stages, it felt a little unfair.  I thought the stages contained randomized elements so each playthrough would be different, but I think each Theme contains 2 different levels to get through to beat the stage but on 2 occasions I was given the same course 2 times in a row, which made for an easy 2nd run, but obviously wasn’t intentional.  As you move by only using your head, it could be a little uncomfortable for those with neck, and even back issues. I had no issues here, but I thought it may be worth mentioning for those that do. 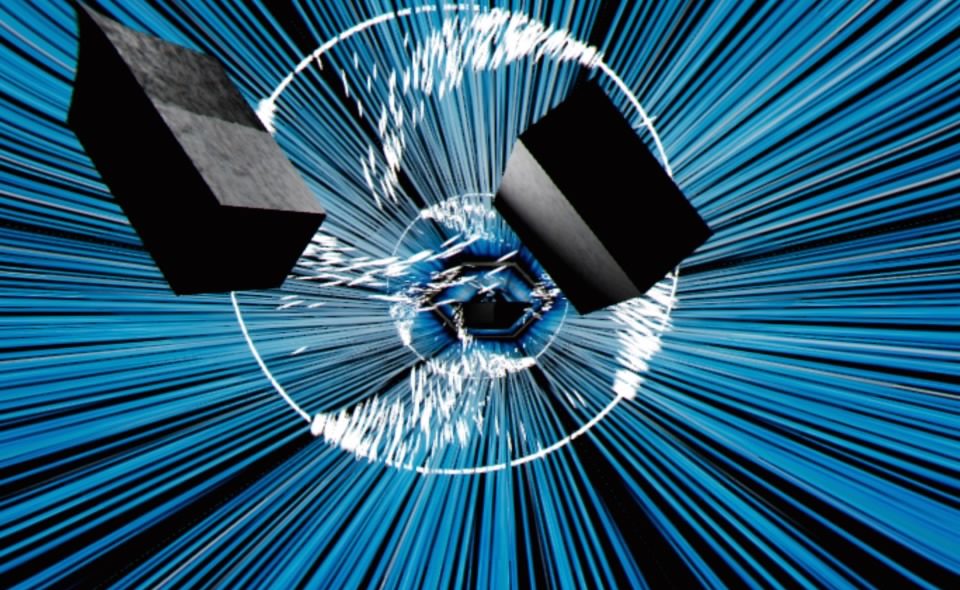 Ultra changes up the visuals nicely

When I first booted this up, I can’t say I was too impressed, but as I played it kind of grew on me.  Obstacles move in set patterns except in Chaos mode, which mixes all the themes into one stage, and things get a lot more nuts.  Ultra mode jacks up the speed for a more intense ride and by the end of the game, I enjoyed my time in Hex Tunnel.  It’s not the most pretty, polished or complicated game but what’s here is entertaining.  Oh, and for you trophy hunters out there, this has a relatively easy platinum available to pad your stats a bit and really, once you get that, the only reason to revisit the game is because you dig the tunes.

What would I pay?  The $5 asking prices really sets the bar low for quality of content, but given what’s offered here, that price is fine.  The gameplay is simple, but does offer some fun challenge, and the stages are so short that the ‘just one more time’ mentality kicks in more often than not.

Olwlgorithm LLC provided The VR Grid with a review code for this game and, regardless of this review, we thank them for that!