The 1st chapter of Flipy’s Tesla was released back in December 2017 and for those curious, you can my review of that content here.  Suffice to say, I found the first chapter more geared toward a younger audience and with the reccomended age for using PSVR being 12+, I wasn’t quite sure if this was the right style of the game for the current generation of headsets.  Well, the devs has seen fit to release no more episodes after the first and instead just released the game as whole which involves  trying to figure out what happened to Flipy and other mysteries in the mansion/school. 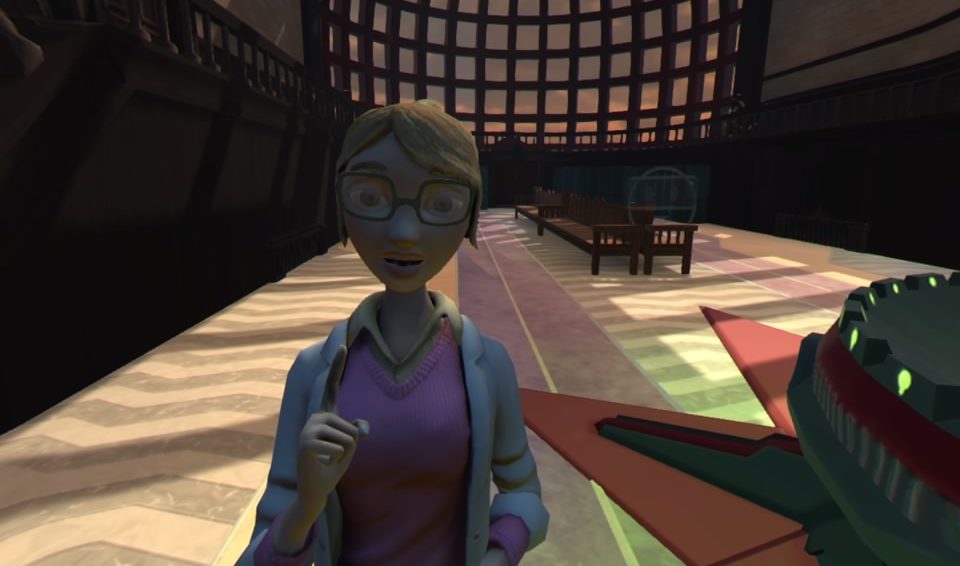 This is Bio and she accompanies your in this little game

It’s move controllers only and those who have played any kind of simulator VR game will be instantly familiar with the mechanics utilized here.  With your 2 hands you can grab and interact with items around you to investigate and solve puzzles.  Teleportation and click-turning are the only options available as far as movement goes, but most of the game has you stationary as you solve whatever puzzle you are in front of.  Early on you pick up some tools and a briefcase that will be needed in future puzzles with the case acting as an inventory system, though it’s almost completely unecessary minus the some in-game cut scenes that are triggered only after you have placed an item in the case. 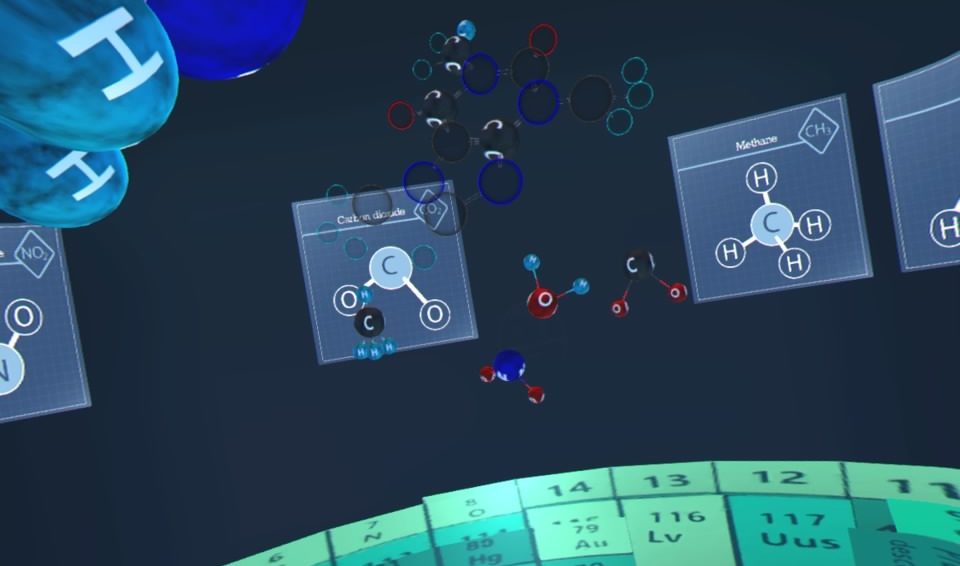 Building molecules has never been so easy!

The visuals here are underwhelming to say the least, but given the targeted demographic, work just fine.  Characters are exaggerated and cartoonish, looking like they have been yanked right out of a childrens’ movie as are the environments.  The mansion doesn’t have a ton details and  feels a little barren, but the few areas you do visit look alright.  The voice actors fit their roles nicely as the female lead, Bio,  talks you through most of the puzzles and helps you out if you get a little stuck.  Oh, and there is a talking Perulican (not a typo) that is supposed to add to the humor, but comes off as an annoying mascot that could only appeal to a much younger generation than myself.

I was disappointed by the amount of content in this ‘full’ release as the 1st episode contains around half of the entire game and includes all the areas you will visit in the game, excluding a few puzzles that take you inside a body and  a couple virtual areas that remove you from the mansion ever so briefly.  The puzzles are also very simple mostly involving moving an item from point A to point B.  As you solve puzzles, Bio talks to you and gives educational tid-bits about molecule composition or facts about DNA.  These facts are grade-school level and further hammer home that this is built for a younger audience.  The campaign took me a little less than an hour to complete though I feel it may take a tad longer for kids. 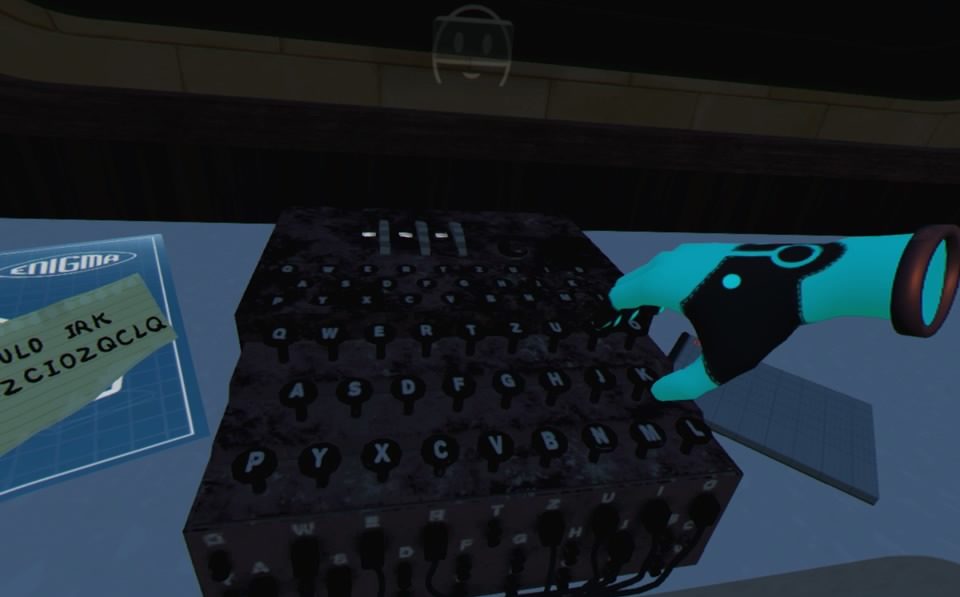 Therein lies the the biggest problem with Flipy’s Tesla…the target audience.  That little warning EVERYTIME you turn on the headset recommends the minimum age for VR to be 12 and up which I think is probably borderline to old for this content, which is a shame.  I think Flipy’s Tesla is great introductory VR content for kids and the added educational morsels can make parents feel happy with both their purchase and what their kids are playing, provided you let your kids play in VR.  Bottom line is this isn’t for adults and for anyone looking for their next puzzler, unless you have children, you best look elsewhere.

What would I pay? The $15 asking price is to high, especially considering that the 1st chapter is only $1 in the US and contains almost half the content.    With an hour of content and simplistic puzzles, I can really only recommend this for kids 12 and under and not for the full asking price.  $10 seems a little more appropriate for what’s here.

Animatoon Studio provided The VR Grid with a review code for this game and, regardless of this review, we thank them for that!