Flipy’s Tesla Let’s Invent the Future Episode 1 is an odd duck of a game for a multitude of reasons.  The focus of the game, if you couldn’t tell from the title, is on an educational, scientific tale aimed at a younger audience.  You’ll traverse Tesla’s school for science as a new apprentice but before anything to ‘sciencey’ begins, something mysteriously happens to Flipy and it’s up to you to get to the bottom of the situation. 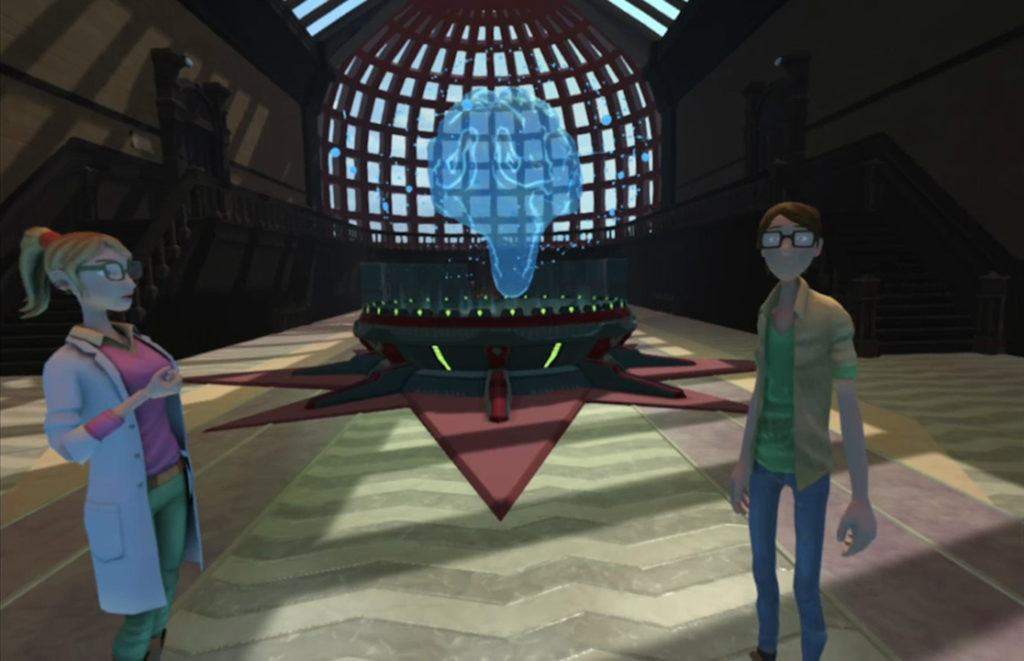 It’s move controllers only and those who have played any kind of simulator VR game will be instantly familiar with the mechanics utilized here.  With your 2 hands you can grab and interact with items around you to investigate and solve puzzles.  Teleportation and click-turning are the only options available as far as movement goes, but most of the game has you stationary as you solve whatever puzzle you are in front of.  Early on you pick up some tools and a briefcase that will be needed in future puzzles with the case acting as an inventory system (though I don’t think I ever had more than 1 item at a time) for items needed to solve the challenges placed before you.

The visuals here are underwhelming to say the least, but given the targeted demographic, work just fine.  Characters are exaggerated and cartoonish, looking like they have been yanked right out of a childrens’ movie as are the environments.  The mansion doesn’t have a ton details and  feels a little barren, but the few areas you do visit look alright.  The voice actors fit their roles nicely as the female lead talks you through most of the puzzles and helps you out if you get a little stuck. 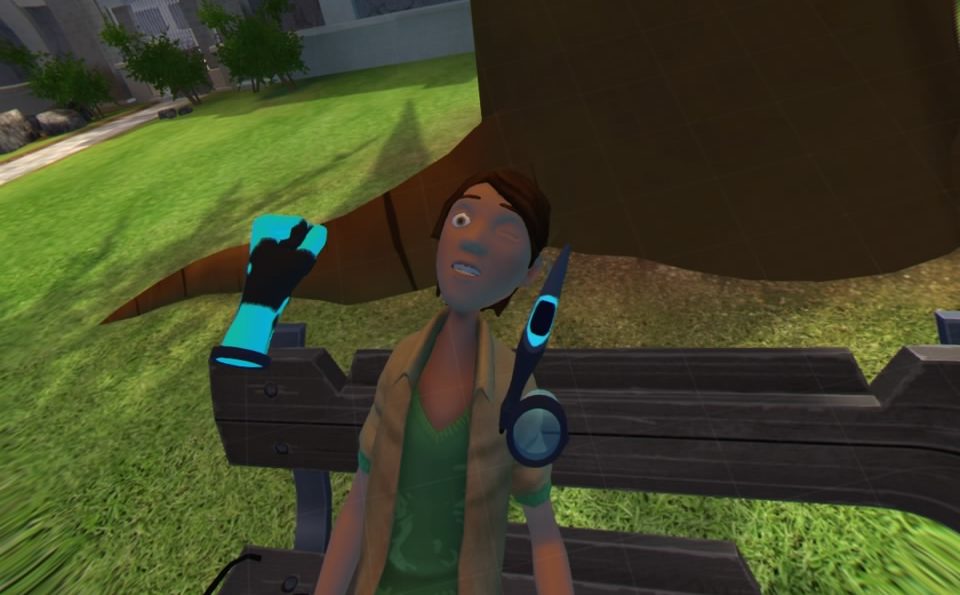 If you can’t tell…something isn’t quite right here

This is only episode 1 and this is short, like roughly 20 minutes short, and ends with a ridiculous ‘to be continued’ series of screens that ruin plot points you haven’t even discovered yet.  You’ll solve around 3 puzzles in this 1st episode with the promise of more to come, but there is no announced date for the next episode so we could be waiting a while.  The recommended minimum age for VR is 12 and up and this honestly feels like it’s geared toward younger kids than that, which itself presents its own issues.  The puzzles are very simple with you having to place items in a bin in a certain order, or just grab objects to trigger the solution offering little challenge for just about anyone. 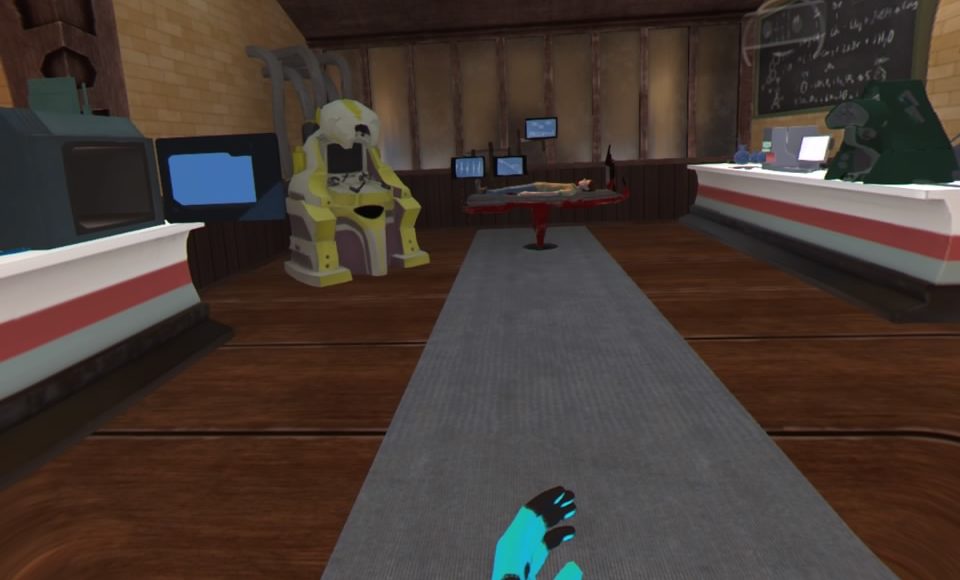 The lab has some cool gadgets.

I think kids will definitely get way more out of this than teenagers and up, but in its current state, it’s a tough sell.  While nothing here is broken, it’s VR puzzle solving at its most basic and once it’s done, that’s it.  Episodic adventures that run this short should, in my opinion, offer the first episode for free instead of asking for money.  It will hit a much larger audience and when the second episode releases, people may be more inclined to invest a few dollars to continue that story.  Suffice to say, that’s not the case here and what we are left with is a short, introductory chapter to a kid’s puzzle solving game that just feels lacking.

What would I pay?  The asking price is low, but I still wouldn’t buy this yet. After the second chapter comes out it would be way easier to put some value to this but as it stands now it’s geared toward kids too young to be in VR and offers no reason for adults to play considering what else is currently available.

Animatoon Studio provided The VR Grid with a review code for this game and, regardless of this review, we thank them for that!