Growing up as a kid there were plenty of games and activities that amused me and kept my ever-creative mind stimulated. Nowadays its all about smartphones tablets and whatever new techy gadget comes our way. When I was younger it was mostly about games and puzzles revolving around physics and creativity and being able to manipulate an assortment of blocks or rods, serving as joints and wheels and all manner of tools to replicate anything your imagination dreamt up. From Lego, Meccano and Magnetix, those kept me quiet as a child much to my parents’ delight! 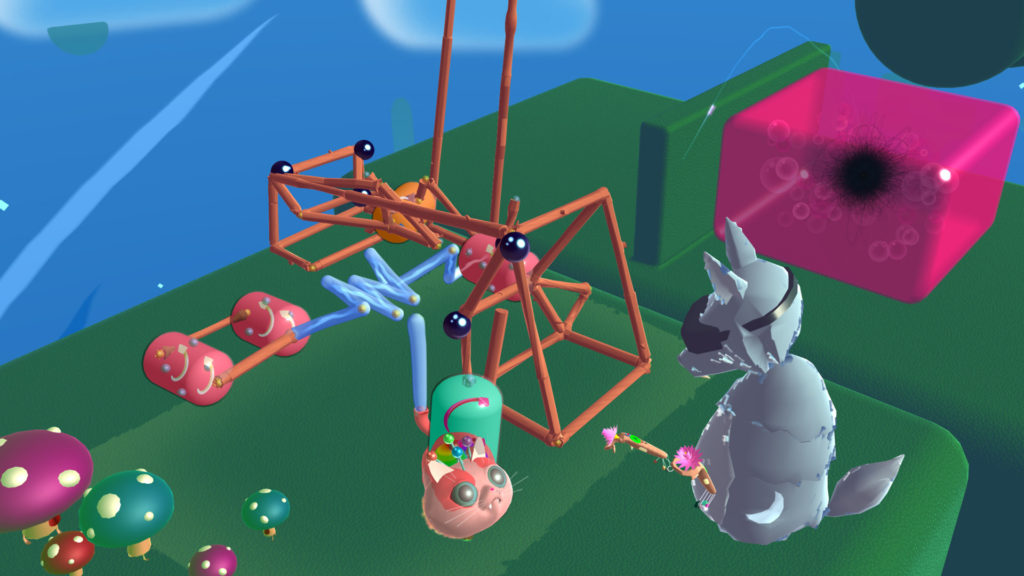 Getting your contraption to the pink goal is simple in premise, but gets crazy complex in execution.

Which brings us neatly to Fantastic Contraption, a game just recently released for the PSVR but has already been available for the Vive and before that was a very popular 2D browser game. It’s been many a year since the ‘building -blocks’ creative side of my brain has been utilised so I went into this review preparing myself to become increasingly frustrated whilst not having any fun. In the end, I did have a lot of fun, but still was very frustrated.

Its a very faithful port of the Vive version, all the bells and whistles are complete, the only difference is the playing area being scaled down to compensate for the PSVRs more limited camera tracking. 50 levels are offered here with the next level being locked before you complete your current one. This is achieved by completing the simple task of building a contraption that, when you set it into motion, will then (hopefully)move to the red goal area victory. Simple on paper but much more difficult in practice.

The play area is essentially set as a long table, seemingly way up among the clouds with all manner of surreal drawings surrounding you. At your disposal are a variety of tools and objects to help you in completing your task. As the dual shock is not supported here, you can either use one or both move controllers, which ever you prefer. I found using 2 was just way easier to manipulate the objects by grabbing and rotating, but using just the one will do the job if needed. What’s on offer here is all very natural, no fighting against the controls or mechanics, I just found everything consistent and stable with no issues regarding the camera or tracking.

The objects in question here include rotating cylinders, rods of varying sizes which you can elongate and blobs of glue to secure your contraption all together. Then its just a case of fitting it all together in such a way that when you press the play button, gravity and kinetics take effect and your contraption becomes mobile and takes itself to the goal. Sometimes it wasn’t the most aesthetically pleasing contraption but it got the job done…and that’s really all that matters! 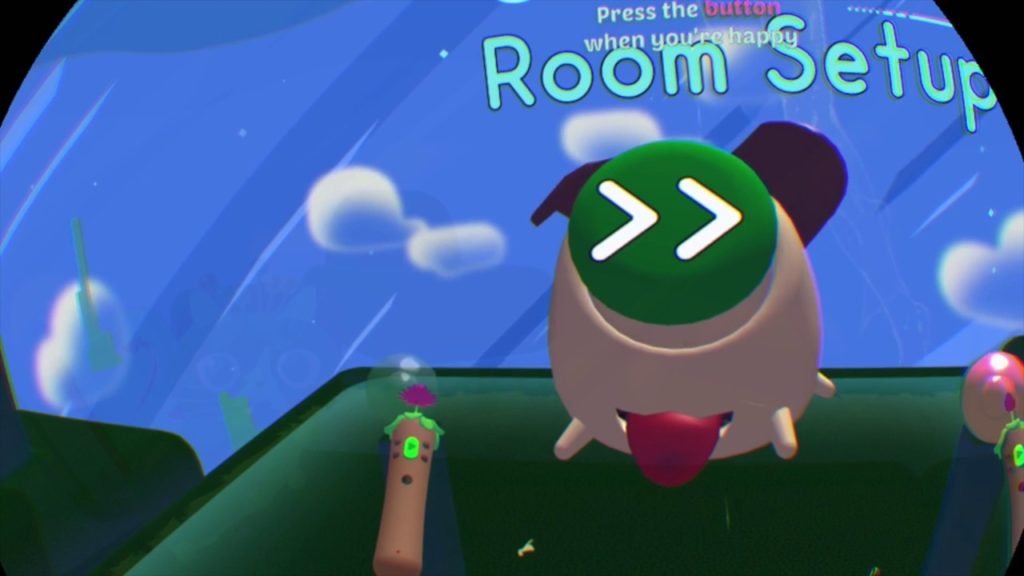 Press play and send your contraption into motion!

The first few levels act as a tutorial and introduction to the premise and controls. The move controllers here needed to be very precise as the work becomes very intricate when trying to piece together an elaborate contraption, and I’m happy to report that it all works perfectly. Your play area is devised so that when building your contraption, you’ll have to peer around blocks, moving your head at all angles to get a better perspective of your situation and looking close up to attach blobs of glue. Its all very immersive and you will soon believe that everything in front of you is real. I was strangely drawn into the world around me, heavily focused on my environment and the task at hand. Its not a game that everyone will take to immediately, if at all. It relies on a knowledge of physics and science and I think you will get a lot more out of this mind-bending game if those puzzles are what appeal to you in the first place.

The later levels do get incredibly frustrating as I mentioned earlier. It’s not just a case of sending your contraption to the goal but attempting to accomplish a certain task on the way, such as traversing a bridge, collecting blocks or having obstacles to move.  The reward and satisfaction becomes a buzz as all your hard work, patience and concentration pays off with a working device.  Some levels take a good deal longer than others and I noticed I had lost track of time on more than once occasion while playing, which is not a bad thing.

The visuals are pleasing; a good art direction and a unique look to what is essentially a simple block game. The sounds are satisfying, especially when your pieces clunk together all while accompanied by gentle, ambient music. Its a puzzler which is fun, original, very rewarding and immersive but also very frustrating at times. This level of frustration would be person specific though, I found the game more appealing when playing through just a couple of levels at a time. 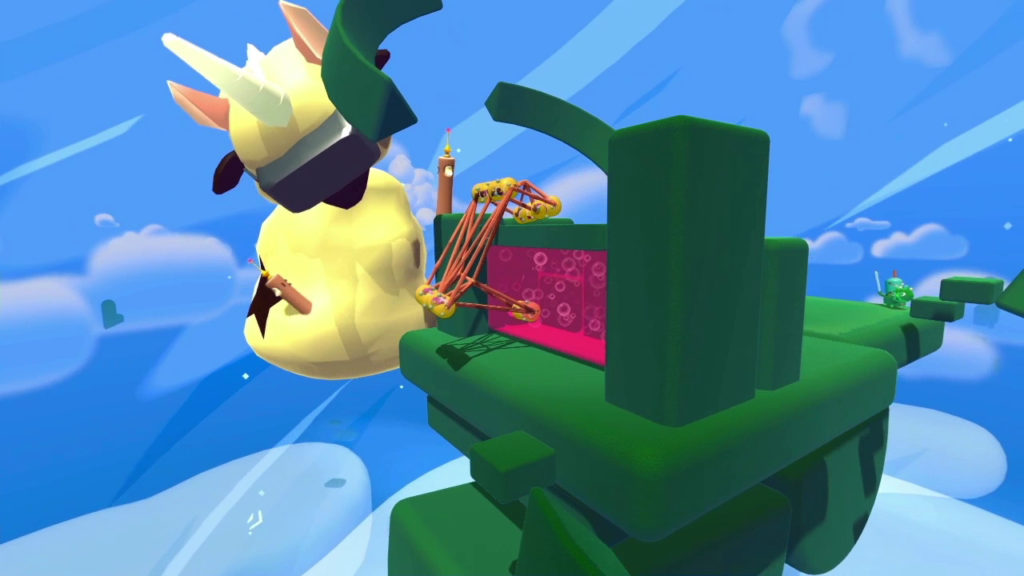 Its a shame though that there isn’t more variety in the parts needed for your contraption, particularly as you progress. They just become more complex mixes of the same few items. In conclusion a great and fun puzzler, very well suited to VR, incredibly immersive and atmospheric. It doesn’t possess that wide range of appeal but those that do will have a very challenging and satisfying game in their collection. Completing all 50 levels will take a good long while, especially if you aren’t the best at these sorts of things.

What would I pay? At £19.99, the level of challenge, enjoyment and longevity is spot on. Will take a while to complete plus there is incentive to replay to beat previous levels for trophies.