Butts: The VR Experience has been out for a while now, but I’m just now getting around to seeing what kind of experience it is. Warning, if you don’t think animated butts are funny, or if you dislike fart jokes, this is not the 360 video for you. The whole experience is about 1 minute long, but boy is this something to see.

Butts VR starts out innocently(ish) enough with a blue humanoid character walking along in nature. Soon, butt hijinks ensue, and much laughter is to be had. It’s such a short experience I can’t really say much or there will be no surprise for you, but it’s the kind of thing that made me smile and laugh, and if you know any little kids under the age of 10, I highly recommend you let them see this as they will get a kick out of it. 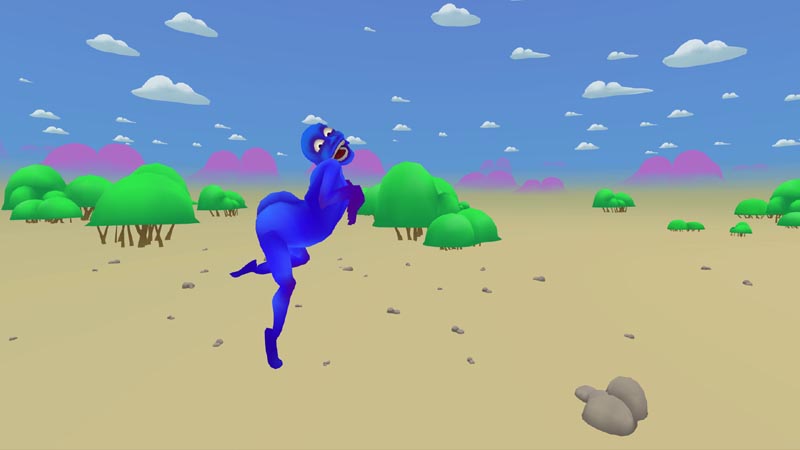 I’m only including 1 photo with this review. Anything more will ruin the experience

I would have liked this experience to last a little longer, the humour was good, but it would have been nice to see the jokes fleshed out a bit and not be as one note. On the flip side, I’m not sure how much longer the joke could go before it became annoying, so at least it left me wanting more and not making me bored! My only other complaint is the utilization of 360 video itself. While yes, the world does surround you, and yes you can turn and look around, there is no reason to. This could easily be a regular video, with no particular reason to have it be 360, although there is some up down movement that is nice. I’d have liked to see the world be a little more varied to give me more reasons to watch multiple times. That being said, I’ve seen it 5 times already, so it’s a give and take.

Overall if you think butts are kind of funny and don’t mind a little “crass” humor then I’d say Butts VR is definitely worth experiencing. It does what it sets out to achieve.

What Would I Pay? I would say the price of 99 cents where it is sitting is just about perfect. I got a few laughs and will definitely throw my friends in to the video when they are over, so I’m happy to give the creator a dollar. I could see this being free (actually, it was free when it went on sale in the Oculus Store, so I didn’t actually pay anything) but for what you get out of it, 99 cents seems fair.