From the makers of the free VR short films, The Crow and INVASION VR comes the next evolution in Baobab studios cinematic journey in Bonfire, an interactive short film/experience that aims to put you in the movie.  Without spoiling too much, you play as Scout 817, an astronaut who has crash landed on a strange planet with only your friendly robot and a nearby fire to keep you company. 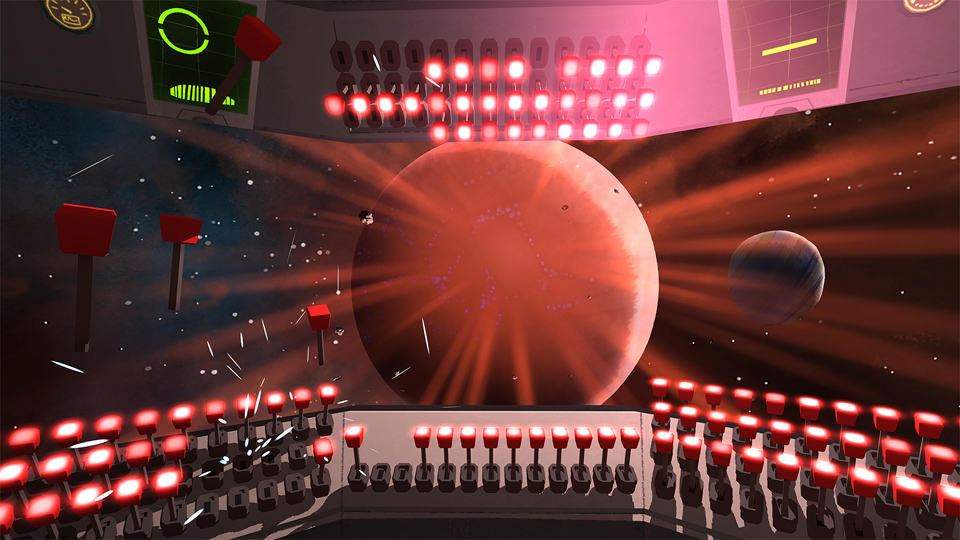 It’s gonna be a rough landing!

This plays very much like any VR job simulation title meaning you need 2 move controllers to grab items around you.  You’ll find yourself in only 2 areas in the game and as such, most the action happens to you with you having to react accordingly.  You can mess around with nearby objects and your robot friend and can even make a few choices that slightly change up the narrative with a big choice at the end determining which ending you will get, meaning you’ll have to play through twice to get the most out the game.  This is still a linear cinematic experience and while you do have the semblance of choice during parts of this 15 minute story, take too long to make a choice and the game will choose for you, in comedic fashion.  You’ll perform rather mundane tasks like putting a log in the fire or eating food and while that may sound a little dull you do a lot more than that, but I really don’t want to spoil too much.

The presentation is the star of the show with the visual styling feeling like they could be in a kids film.  It’s a small title but quality over quantity is the name of the game here with everything from the dark forested background to the glowing flame of your fire making this little slice of a game feel alive.   The star of the show is your robot Debbie, played by comedian Ali Wong, who delivers a solid performance as your witty, lovestruck aid who does her best to help you through the events as they unfold.  It’s not serious in any way and is rife with comedy and charm that we don’t get enough of in VR. 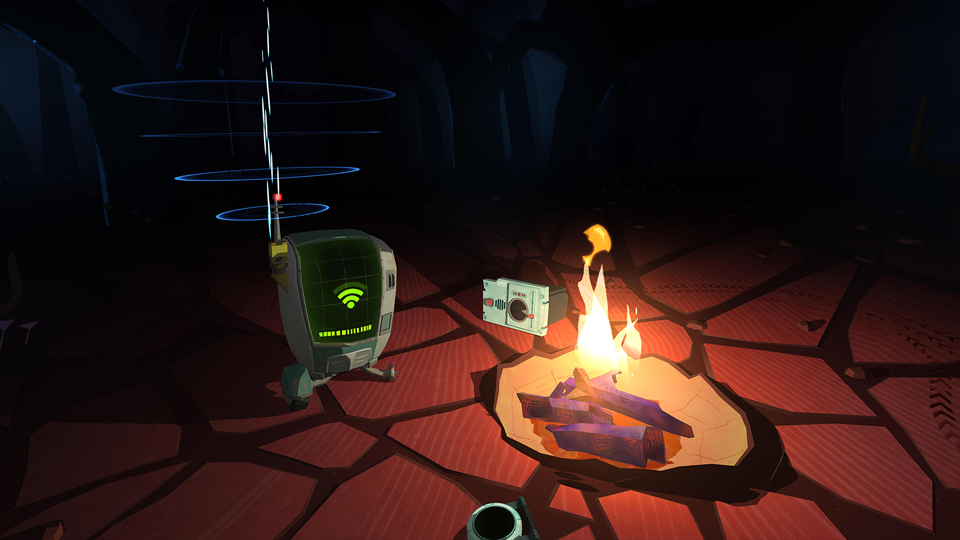 Just you and Debbie…and whatever lurks in the shadows!

There really isn’t too much to complain about as I really, really enjoyed playing through this multiple times.  Check the trophy guide to see exactly what you can interact with for some bonus fun but from start to finish, I was entertained.  I wish I had more of this to be honest as the writers and actors did a fantastic job with what little time they had to tell this cute and endearing little story.

Bonfire is the type of VR experience that is perfect to show off to anyone.  It’s loaded with polish, striking visuals, solid performances and even an accidental scare which I fully admit to jumping too.  I can’t wait to see what Baobab studios has in mind for their next VR experience as they are proving to be great at delivering family friendly VR short films like no other.

What would I pay?  This is $5 and well worth it.  I enjoyed my initial 2 playthroughs and even went back in a 3rd and 4th time to make sure I explored every option I could.  If you like Pixar and Disney films, you’ll like this.

Baobab Studios provided The VR Grid with a press code for this title and, regardless of this review, we thank them for that!