Please note that this review is specifically for the Oculus Quest version of the game.  For reviews on other headsets please use the oh-so fancy search bar located at the top of this page or click the link in this review

Coming back to Apex Construct a little over a year after my review of the Rift version left me curious to see if any of my previous complaints had been addressed, I was interested to see how inside-out tracking would affect a game so heavily reliant on putting your hand close to your face (and thus gambling with losing controller tracking). I can say I am equal points impressed and disappointed. 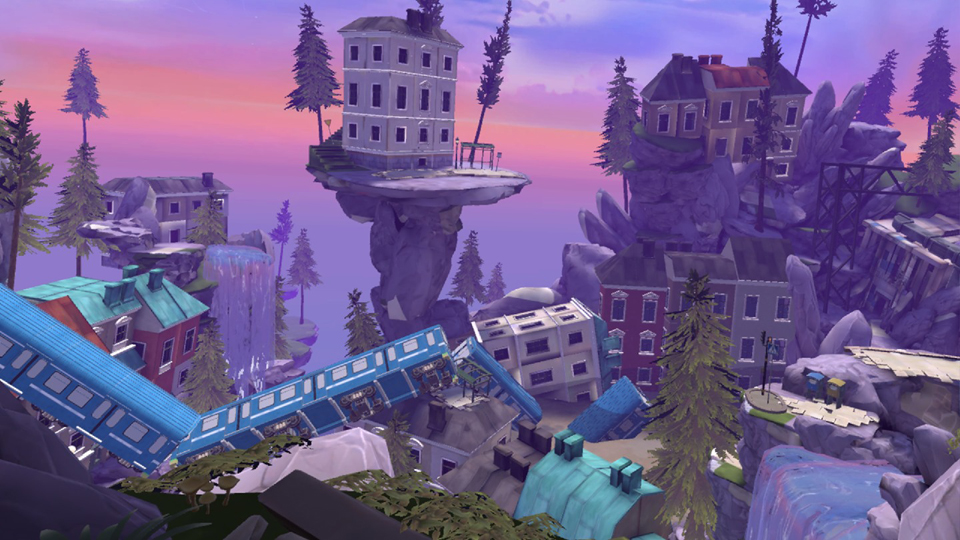 It’s a crazy mixed up world.

For my full thoughts on the game graphically, the audio, and the overall experience, you should refer back to my original review. It looks just as good on the Quest as it does the other platforms, and I didn’t really notice any visual effects missing, which is great to see. For those of you who are unaware of the plot, here is a brief synopsis.   You are the last human tasked with figuring out what is happening around you and possibly save the planet from whatever happened to it in the first place. Aided by an AI who clearly has many of the answers you seek, but keeps it to himself, it doesn’t take too long before you begin to question his motives. You are constantly hunted by another AI who wants to kill you and destroy any chance at humanity returning to the earth.   It’s not the most original plot and isn’t anything you haven’t heard from a video game before. The story doesn’t feel stale while you are playing it, but let’s be honest, we often put up with cliché because we enjoy the stories. It’s no different here, the story is interesting, but not overly unique. 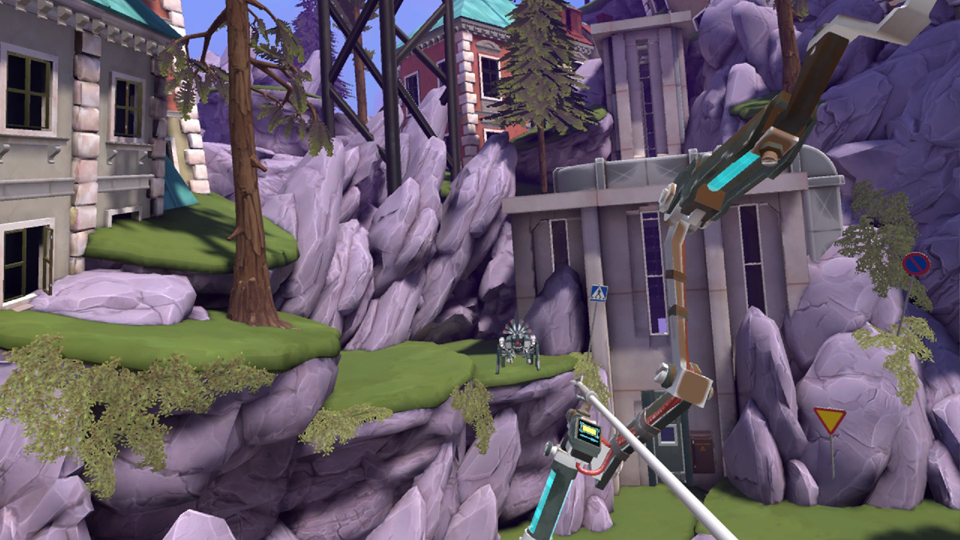 Put your archery skills to the test!

The good stuff can come first. I only lost tracking of my bow hand a few times while playing on the Quest, which was great because it would really suck if the main weapon of the game didn’t work, so kudos to the devs for getting that part right. Again, visually the game looks very similar to the Rift version, and I don’t notice any notable differences when playing. It’s a fun game, and the bow and arrow work is well done. Fighting robots is more fun on the quest because you aren’t limited by being tethered to your pc, which makes the game that much more immersive.

The not so good stuff: I had hoped given a little more time for the game, when it did come out on Quest, it would solve at least a few of my issues I had with the first version of the game. The world feels a little empty to me. And while it is a post-apocalyptic set game, that doesn’t mean the world needs to feel empty. There are a few levels that just feel lifeless, and for a game that is pretty fun to play, that’s a real bummer. I also am personally just not a huge fan of the opening level. It introduces the mechanics to the game alright, but then at one point you have no direction on what to do, and no environmental clues to help you figure it out. The first time I played the game I spent 15 minutes trying to figure out where the item I was looking for had gone. I even reloaded thinking maybe some asset hadn’t loaded in. 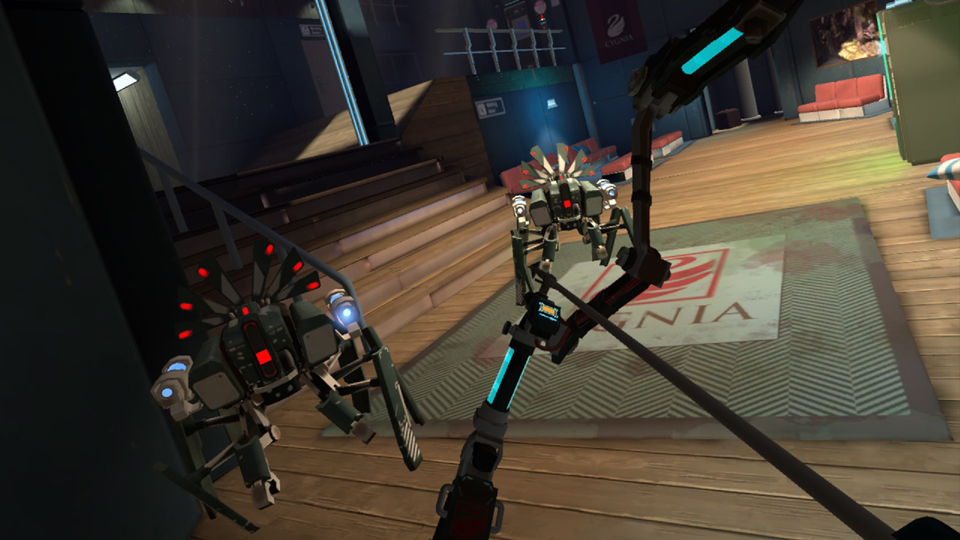 You see these guys a few times throughout the campaign

Playing through again on the Quest I understood what to do, but it still didn’t feel intuitive, and for the first level of a game, that’s a problem. I don’t need my hand to be held when I play games, but this just felt like bad design. The game has a few minor instances of this that always popped up when I was having the most fun, and there’s nothing worse than pumping the breaks on a fun experience. Also, 3 times I picked up an object, but it would violently interact with tables or walls and would shoot off out of my hand and I just can’t really excuse that. This is the second version of the game and I expect improvements on past flaws.

The Quest released with a very curated list of titles, and I’m not sorry to see Apex Construct on there at all. It is a fun game, and I’m happy people who are new to VR, or missed out on playing the game the first time will be able to experience it. It’s a solid experience but could be fine tuned a bit further to make it a better game for newcomers.