Strap on your boots, mask, suit, cape and the rest of your chosen outfit because it’s fan service time.  Exclusive to the Oculus Rift, Powers United is team-based wave shooter that brings you into the Marvel universe.  As it turns out, some of the greatest villains have gotten together, calling themselves the Masters of Evil,  to wreak havoc upon the Earth and it’s up to you and 3 other friends to become some of Marvel’s greatest (and not so greatest) superheroes to beat back those bad guys and save the day! 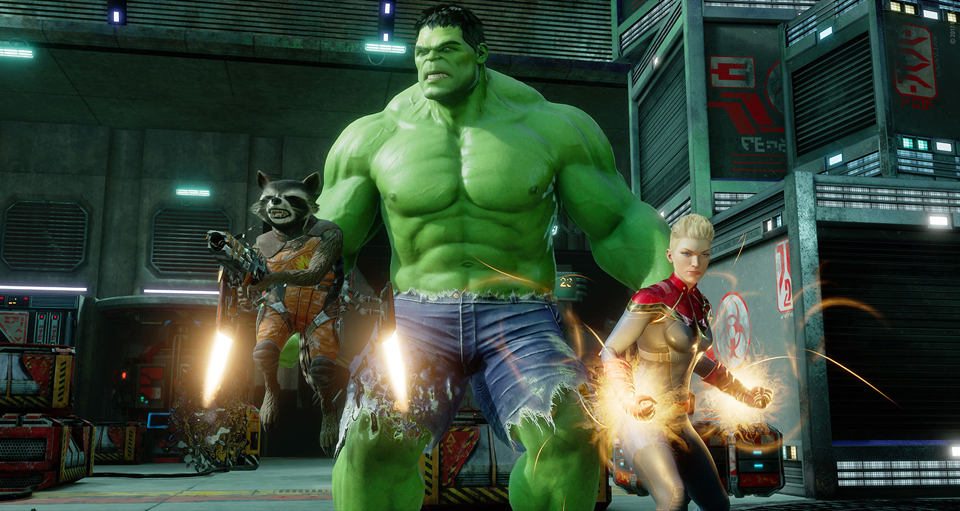 Assemble your ramshackle team of heroes!

This is an Oculus Touch only game, and for good reason.  No matter which hero you pick, you will be needing both hands to punch, shoot, blast and even kick the unrelenting enemies.  Each hero controls somewhat differently, though there is a clear overlap on a few heroes making them feel similar to one another but no matter who you pick, you need to learn how each character can be best used.  Many of the flying heroes (Storm, Starlord, Dr. Strange…) are best used at a range and can zip around the map and supply some needed support where the enemy may be overwhelming.  Closer range fighters like Wolverine or The Hulk make the action more visceral and physical with you punching and slicing to your hearts delight.  No matter who you pick, you do feel like a that hero, but the game isn’t without limitations.  Hulk isn’t tearing through walls, Spiderman isn’t swinging from the roof tops and Dr. Strange seems to now rely on only a handful of tricks.  While it’s great to play as your favorite hero, some have been neutered to fit into VR, and this game, and because of that, the game suffers.

The goal of each mission is always the same with you and your cohorts fending off wave after wave of enemies while defending relay stations that the baddies targets without any acknowledgement of your presence unless you get close to them.  No matter which stage you play or choose each game plays out the same with you defending the relays from attackers for the 1st, 2nd and 4th rounds with the last round having a member of your party run/fly around the map looking for components for a larger relay that needs to be completed before the enemy destroys it.  Of course, it’s not just lackey’s you will be facing as the big bads like Loki or Ronin the Accuser show up during the 3rd round to wipe the floor with your squad.  These guys come in spouting one-liners about just how awesome they are and how pitiful everyone else is, but these encounters just boil down to keeping your distance, avoiding their big attacks and shooting non-stop at their bullet spongy bodies.  Complete enough of these stages and collect enough shards and eventually you get to fight Thanos and if you win, you beat the game! 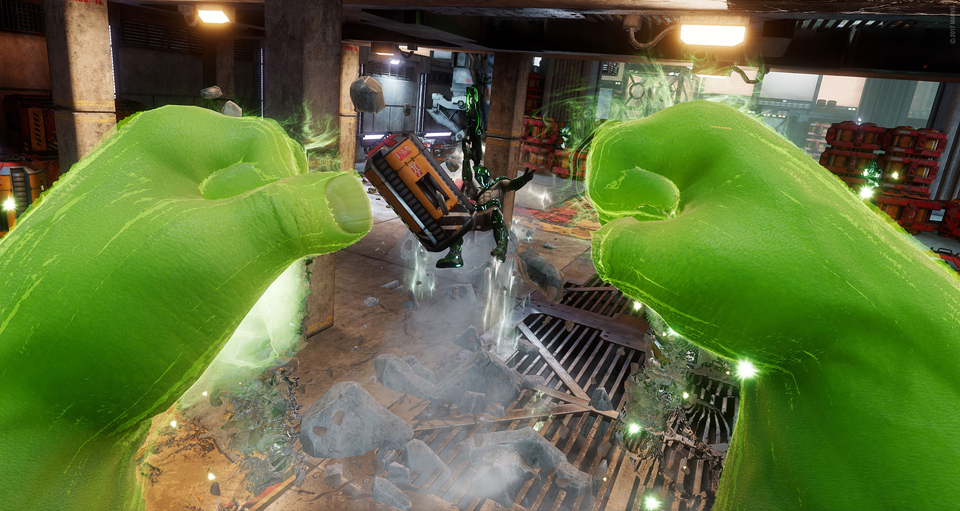 Powers United looks great and carries over the comic book and movie art styles wonderfully merging the 2 Marvel universes in a game that should appeal to fans of the films or prints.  You aren’t just floating hands in this and can check out your full body with whomever you choose with notable standouts being Rocket and Hulk just for their abnormal sizes.  It awesome to see web spinners on your wrists, or looking down at the blasters holstered to either side of you as Starlord or Deadpool.  The stages have all been ripped right out of Marvel lore so whether you are fighting in the X-Mansion or Wakanda, the Nowhere Market or any of the other Marvel environments, they all feel and look authentic.

Every character is also voiced with a large number of one-liners, but even long plays will result in you hearing the same things over and over from any given character.  Single player is a bit lonely as all you hear is one-liners and attack sounds and it would have been nice if their was a little more character interaction.  That issue is much less prevalent during the multiplayer sessions as you and up to 3 buddies can tackle the enemy with full mic support allowing for better coordination of strategies.  Whether it’s claws, guns, magic or even ice blasts, all the effects are bang on and fit wonderfully with the action unfolding.

The biggest issue with Powers United is the just how similar everything feels.  No matter which stage you choose, the game is the same…defend against 2 waves of enemies, fight a boss, then try and find those 8 pieces to the last relay before it gets destroyed.  For every mission you play, you are given goals to achieve like using a certain type of attack ‘X’ amount of times or just or not having ay allies fall during battle.  Whether you fail or succeed in your missions, points are accrued that earn you loot boxes which give you some unlockable costumes, poses and bonus items that will be found in your main base that don’t affect the gameplay in any real way, but do add to the fun factor a tiny bit.  You can play by yourself, but your PC allies aren’t quite as helpful as human allies, specifically during the fetch mission, where it ends up being on you to find the relay pieces as the AI won’t bother.  The opening mission is a highlight as you are introduced to character after character in a single-player mission that might be the best part of this game as the heroes around you acknowledge your presence before passing you off to the next hero and fight.  It almost feels like a tease compared to the co-op shooter this ends up being and while it is competent wave shooter, it does little to separate itself from others in the genre and plays itself out quickly. 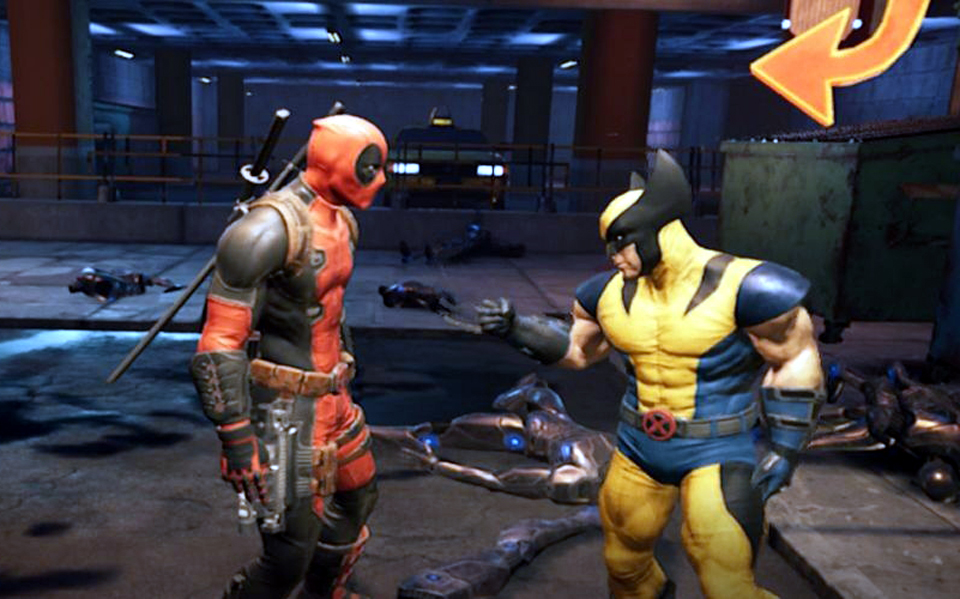 The opening stage is great!!!

Marvel Powers United VR has some amazing moments, but they just don’t last.  Every hero you choose feels fresh until they don’t, which doesn’t take long, and with a roster of only 18 Super Hero’s it won’t take long before the simplistic action feels old.  The action is repetitive, the environments don’t matter, and the story is irrelevant leaving us with a wave shooter that relies to heavily on the license it was built around and less upon addicting gameplay.  It’s not awful by any stretch and clearly has great production value but looking beneath the surface reveals a co-op shooter lacking any significant depth.

What would I pay? $30 seems to high for this.  Once the initial ‘wow’ moments wear off, there just wasn’t enough here to sustain my interests for very long.  Like I said, the presentation is solid, but considering just how shallow this ends up being, $15, maybe $20 is as high as I would pay for this.