Stress Level Zero has made quite the name for themselves thanks in large part to their 3rd VR title Boneworks, which brought to PC headsets some of the most realistic physics ever seen in VR.  It’s understandable that, when they announced the follow up title, Bonelab to be not just a PC game, but a Quest 2 one as well, people were excited as that level of physicality is almost non-existent outside of smaller arena brawlers like Blade & Sorcery, Gorn & few other indie titles.  With the Quest 2’s mobile processor powering that HMD, the question immediately came up on if it could handle a game of this ilk and so with it’s concurrent release on both PC and Quest, I dove in to see what its all about. 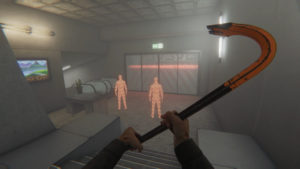 You know what to do!

As soon as I heard the word ‘lab’ in the title I was immediately worried as, for myself, that word conjures a taste test or sampling of a larger game which, I suppose, this still is…in a way.  At the games’ onset you are being hung over a large pit and thanks to your VR abilities (ie. you telekinetically bring stuff to your hands ala Half Life Alyx) you save yourself, falling to the bottom of the pit and beginning your bizarre adventure.  I am happy to report that, no matter if you play this tethered or stand alone, the game plays almost identically, allowing you to grab, push, pull, shoot & cleave everything that gets in your way.  After the opening little adventure portion/tutorial, you will come to the hub area which contains a series of stations & mini games including platforming races, combat challenges, avatar selection, sandbox arenas, mod selection and a special area which lets you play those upcoming mods (I think).  In truth, I thought this was the extent of the game,  offering up a collection of mini-games that relied upon community expansion for long term replay factor…then I found a puzzle that continued the story through some incredibly diverse scenarios that really pushed what I thought Bonelab was capable of, expanding upon the bizarre narrative, unlocking your own avatar customization options and collectibles to be used in the Sandbox mode. 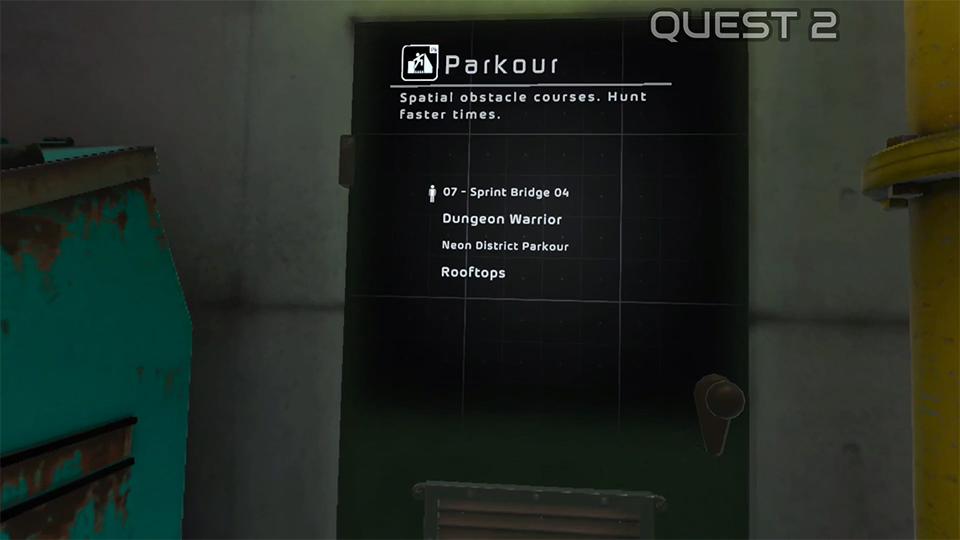 Once you beat the game, the lab has all the levels you can revisit.

Bonelab is a showpiece for VR (and the Quest specifically) that keeps on delivering with so many false endings I began to lose hope that I would ever beat the game as every new stage offered up something different be it a totally new game type, various platforming scenarios, combat missions, clever puzzles, kart racing along with changing the size of your avatar to the point where the scale of the game changes by making things substantially larger or smaller comparative to your scale of choice.  Mass is also a factor as the Avatar creation tool not only allows you to create whatever Avatar size you want (some via mods only) but assigns them characteristics based upon the body size & type allowing for incredibly strong or fast avatars and everything in between.  It’s not until the later missions where it’s apparent just how much effect this can have in the game but seeing what the developers have made & knowing that the community has access to all the tools to expand upon these core designs should make endless, high-quality content and I honestly can’t wait to see what’s to come in the coming months and, I suspect, even years. 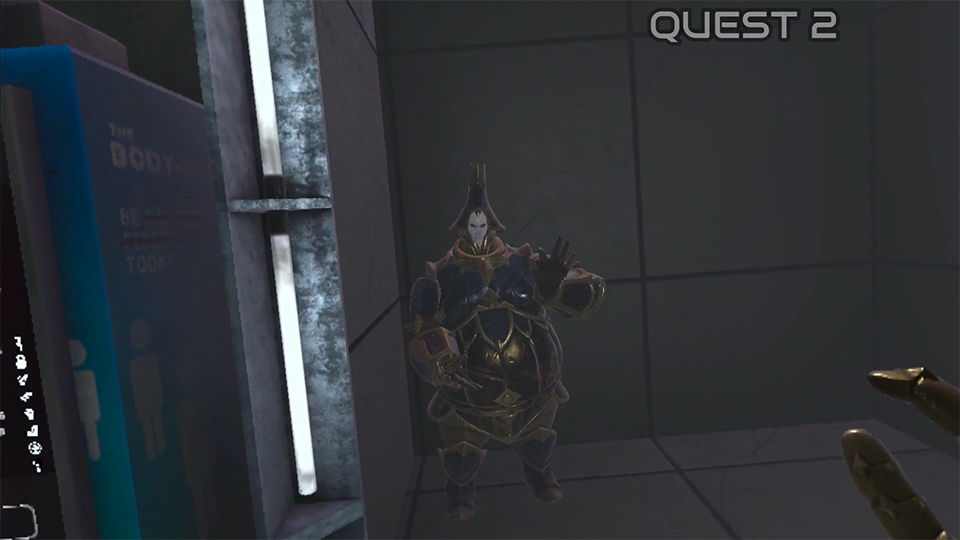 Which Avatar yo use can really change up the game.

For the best experience, Bonelab looks absolutely beautiful on PC, which makes sense as the recommended GPU is a 2070 to run this ideally and that had me worried that the Quest 2 version would be heavily dialed back in regard to visual quality and, surprisingly, it holds up quite well.  There is no denying just how much better the PC version looks with increased levels of detail, textures, lighting and so on but I am damn impressed with just how close the standalone version actually is.  You still have a full body avatar, all the enemies you face look like they have been ripped from the PC version (with some minor downgrades) and all the environment designs looking stunning on the Quest akin to some of the greatest looking games for that headset like the Red Matter series or any of the Star Wars stuff.  Of course, there are some limitations with the most notable being, a substantial fog that limits the draw distance a little bit, but it fades organically enough to never really feel intrusive, and you can still see incredibly far anyways.  Artifacting, visual seams in the environment as well some noticeable glitches did pop up during my Quest play but rarely interfered with my enjoyment of the game.  Most importantly though are the physics which behave identically across either version ensuring that all the good and bad that comes with that total immersion is here for everyone to behold.

Audio presentation is also on point with nary a flaw to be found thanks to the excellent sound effects, entertaining & diverse soundtrack and 3D audio that is on point.  Guns pack a punch, melee weapons all clang as they should against whatever surface or being you use them on giving the game a nice sense of polish & realism. 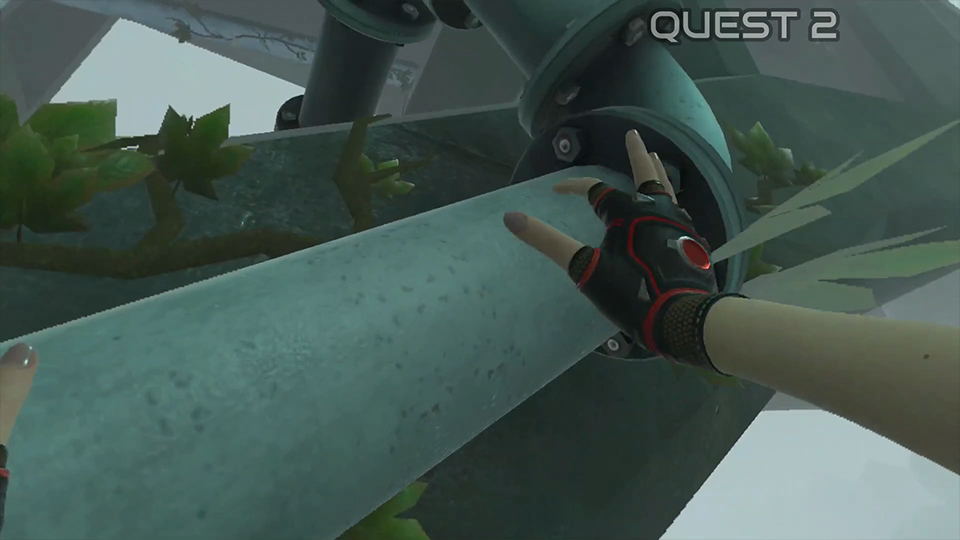 Climbing is easily one of the most challenging things to do in Bonelab.

So, back to when my mind changed about this experience.  Once I had initially gone through all the individual mini games in that hub area, I was left frustrated and a little annoyed as while they do have a fairly high replay factor thanks to difficulties, challenges & leaderboards, none of that appealed to be…and then I found that next puzzle.  After solving it, I unlocked the rest of the stages which brought it right back to the feeling of that opening level and then so much more.  I began to explore sewers & catacombs and the further I progressed, things just got weirder & weirder with traps, puzzles and enemies all standing in my way from whatever I was going to find next.  It honestly gave me Portal vibes in the way the story unfolds though this opts for a much more surreal conclusion that honestly had me hooked.  Once you complete the campaign, all the mini-games and avatar options will be unlocked allowing you to climb those scoreboards using characters that just might make those efforts a little easier.   Despite that narrative though, there are a few other things to consider that may sway you to buy now or possibly wait.  For starters, physics-based games like this can be…finicky, especially one that gives you an entire body that can be hit or touch the environment.  Arms may get caught on geometry, enemies or even yourself with the same happening to other body parts which caused me some frustrations, especially during the platforming sections that require precise timing & climbing.  While modding is supported, it might take a little while before quality content is available meaning you are left with roughly 8 hours of so of content at release, which isn’t too shabby. 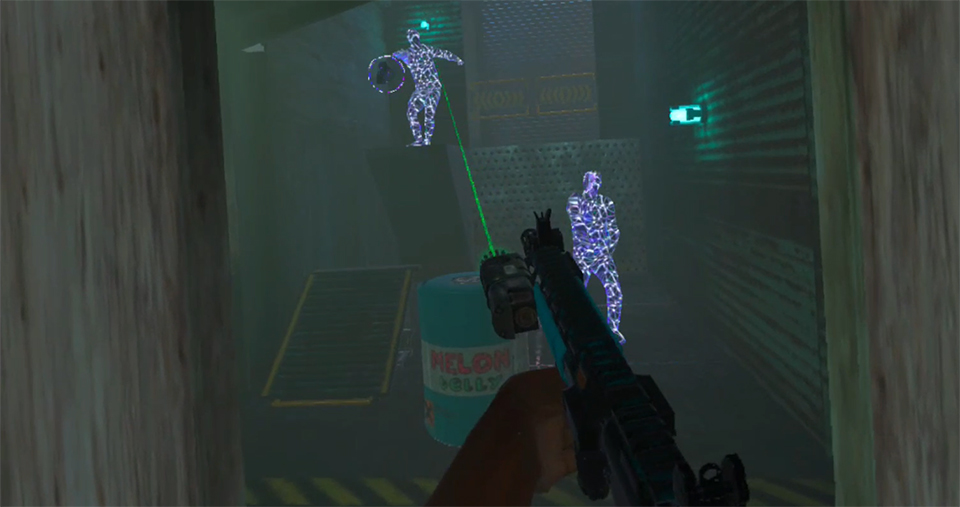 The combat challenges can be very challenging!

I’ve done my best to avoid spoilers but there’s no way to talk about what this has to offer without underselling both the content & value offered here.  I know I had reservations about what to expect from Bonelab and I’m so happy to say that what’s offered at launch is a game packed full of content & replayability.  With the promise of even more to come via updates from the developers & the community, if you own a headset that can play this, you owe it to yourself to see what all the fuss is about.

What would I pay?  This is priced in the lofty (for VR) $40 US and, even if you don’t download any additional content, is still worth that asking price.  At the very least it’s several hours of original content & while there might be that jank factor associated with these game types, what’s here is still satisfying and enjoyable!

Meta provided a press code for this title and, regardless of this review, we thank them for that!