ARKTIKA.1 is set in a world that is highly reminiscent of 4A games previous shooter(s), the Metro series. It is an oppressive and uninviting world full of post-apocalyptic survivors who speak with a Russian accent. The setting is dark, dismal and very immersive.  Grab your guns and get ready to save your fellow man because it’s you against the world in what may be one of the most entertaining FPS’s available for the Rift. 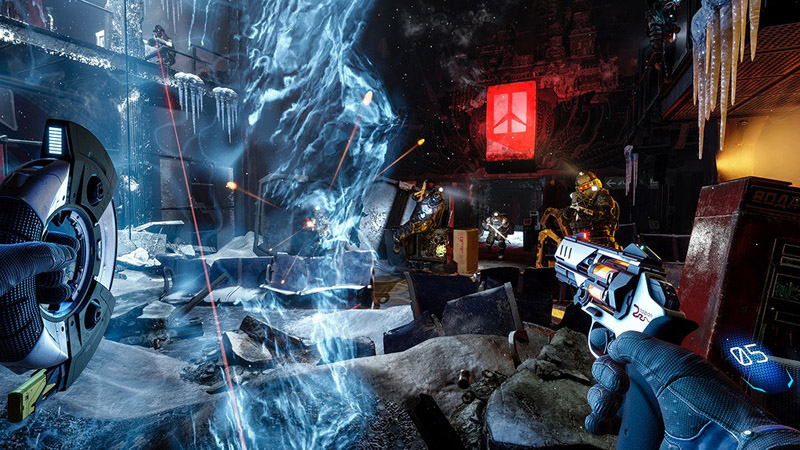 When the action gets hectic, it gets freaking hectic!

I’m going to start this one off by covering one of the more controversial elements of the game, the node based teleport system. Many people felt like this would limit the game and lead it to feeling like just another wave shooter and I tend to agree with this argument.  With that said, the developers did an excellent job utilizing the system they chose with ARKTIKA.1, allowing  you to press a button to jump to whatever node point you are looking at, which will either be blue indicating high amount of cover available or orange indicating only partial cover.  Complimenting this system is the action, which, for the most part, only happens in front of you, so while you have a 360 degree play field, the enemies on come at you from half of that.  That said, the gameplay is still solid (more on that below). 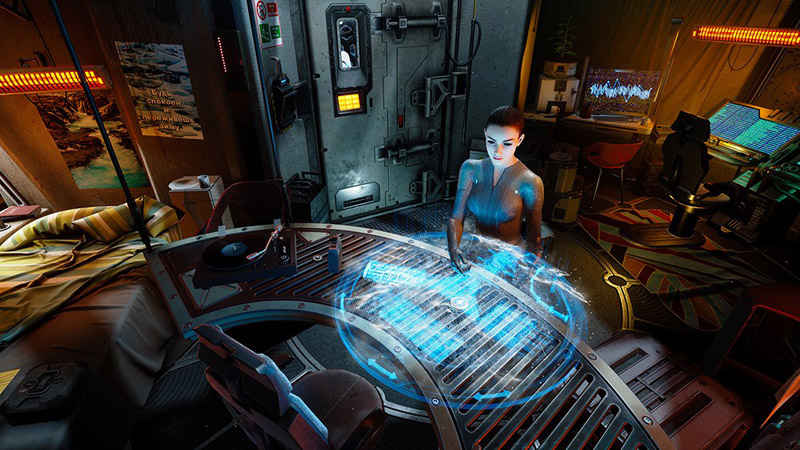 The node teleport system is limiting, but it also allows you to teleport knowing roughly how much cover you would have and knowing you would be in reach of any interactive object. At each node you could move around freely, given your play area, making this more than just a standing room shooter. My play area was 3.6 x 3.2 meters and allowed for ample movement, often taking advantage of angles that would not have otherwise been available. Be careful when doing this as it is possible to stray enough away from the center of your play space that when you teleport to a new location you may no longer be in cover at all. The game considers the center of your play space as the node center, so if you move away from your center to shoot from the other side of a wall you will be that same distance away from the center of your new cover. I still feel that a game designed around free movement (free teleport with optional natural motion) would have been my preferred choice, but I do not think the game as it is now would benefit from having it patched in. 4A made their choice and even though I don’t I think it was the best choice they did a wonderful job of designing Artika.1 around this decision.

The visuals and graphics in ARKTIKA.1 are some of the strongest we have seen in VR yet. To say this looks amazing is an understatement and my only visual complaints are in relation to character models. All the humans feel a little bit too large, including your hands which was most noticeable when I placed the tips of both my thumbs together in the real world, the in-game models would have each thumb tip buried into my other thumb up to the knuckle. This is a minor quibble in an otherwise excellent visual experience. The lighting and sound design is also fantastic showcasing that the new 4A engine is a powerhouse in VR.  The large levels carry a tonne of detail and had me believing I was venturing in a post-apocalyptic world. 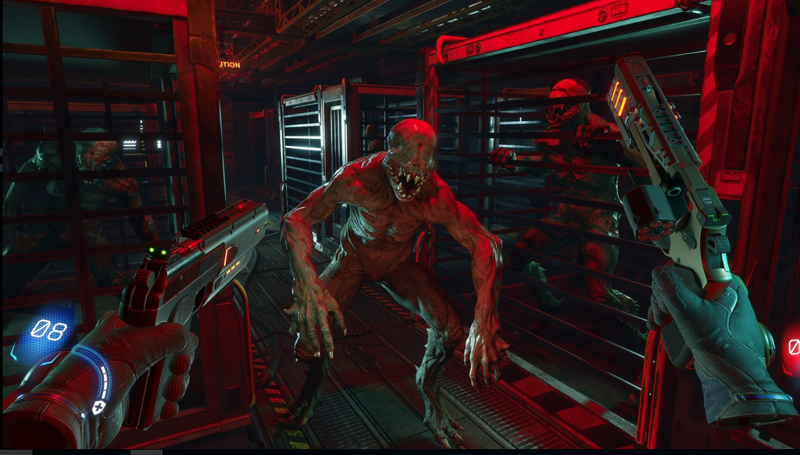 He only wants to shake your hand…trust me!

The gameplay of ARKTIKA.1 is also one of the high points.  Minute details like being able to lower the sun visor, turn on the radio in the car or having your upgrades created in a 3D printer all set the tone for the focus on making this world feel authentic. 4A did an excellent job of making most objects and buttons interactive. The shooting mechanics are excellent and enemies are appropriately aggressive keeping me on my toes throughout my playthrough. Aside from the standard gun wielding bandits you will also find yourself running up against crazed deformed humans referred to as Yagas. These are more aggressive and instead of shooting from behind cover will run and attempt to attack you at melee range. They also lend a slight horror element to the game with their eerie noises and tendency to pop out at you when you least expect it.

All the guns available were one-handed and there are several different sights and torch attachments allowing for customization of play style. Guns are stored on your shoulders and while I would have preferred a hip holster, this worked well enough. Gun upgrades are purchased in the armory, which has a gun range and VR simulation in it (accessed by putting on an in-game Oculus Rift) which I found myself enjoying quite a bit as well.  There are a wide variety of upgrades and modifications available and serve to make you feel like even more of a badass. 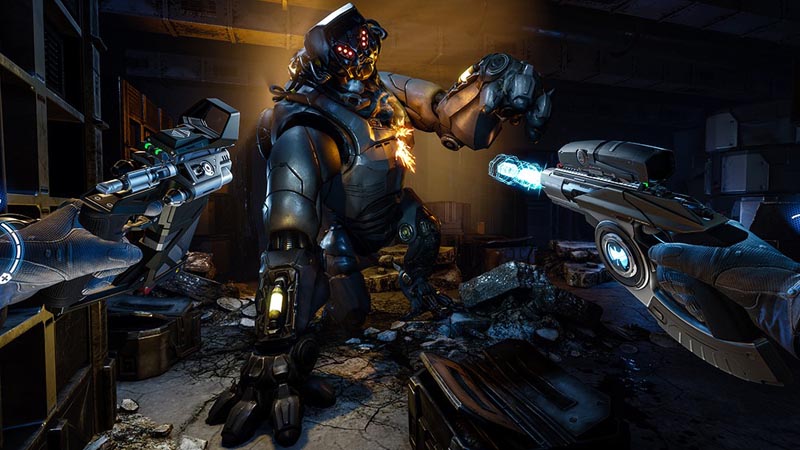 This is gonna hurt!

The story was one of the weaker points of the game. I felt little reason to care about any characters and while the setting was very engaging, the story itself left a lot to be desired. This is not a game that should be played if you are interested in a compelling  narrative. That said, if your in the mood to shoot onslaughts of enemies with some fun and intense dual-wielding action than this is probably the game for you.

What would I pay? The asking price of $29.99 seems to be a very fair value for anyone interested in a high action, fast paced, gorgeous experience.  Though it’s light on story, it’s packed full of action and hours of fun

4A Games provided theVRgrid.com with a review code for this game and, regardless of this review, we thank them for that!