Let’s take a journey back in time and have an in-depth look at pivotal moments during Mankind’s first moon landing.  Apollo 11’s non-HD release dates all the way back to 2016 and was received rather well thanks to it’s nice looking visuals and recreation of those live moments using the original recorded audio from that mission.  Out of nowhere we get an HD remake, which may be a little confusing given that the resolution of the headsets hasn’t changed since their original release that same year, but I’ll touch on that in a bit. 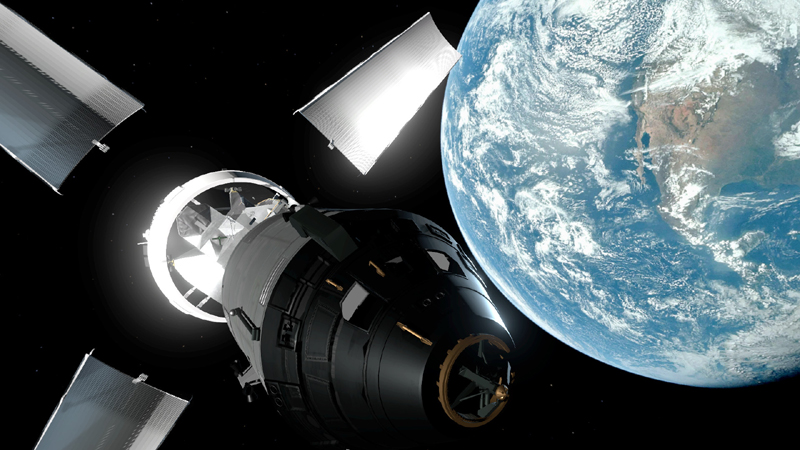 Some of the shots and views in here are breathtaking

So pretty much any control method is available as a bulk of the game just involves sitting back and taking in the sights.  The few moments that do require interaction are optional, but should you decide to try things out yourself, you can steer and guide the shuttle and lander in limited fashion to add a little extra immersion to your experience.  I personally found these tasks to be a little mundane and not that fun but as I said they are optional, so I do appreciate the extra attempts at immersing us a little more in this simulation montage, should anyone wish to see what these moments were like. Otherwise the rest of this educational recreation involves 1st and 3rd person cinematics in glorious VR starting from a JFK’s speech prior to the launch all the way to the shuttles return to earth.

As the title says, this is the HD version and while I haven’t played the original release, I have to assume the devs improved this a lot as Apollo 11 VR HD offers up some of the most gorgeous simulation visuals I have ever seen in any headset.  To be clear, the resolution is the same, but the developers have gone back and refined many of the models used giving them way higher fidelity. The opening moment’s watching the presidential speech on a wall thanks to a projector are probably the most underwhelming moments in the game, but in no way looks awful.  After that initial scene though you are taken to the space shuttle and inside the cabin with the other 2 astronauts as you witness 1st hand the launch.  The character models don’t look hyper real, but they more then do the job, especially when you can see them match the original audio recordings adding a wonderful sense of realism.  The space and moon landing portions are the definite highlight with almost everything in these sequences having a clarity that is unrivaled compared to any other VR title I have played.  Orbiting the Earth is awe inspiring and seeing the sun crest behind our planet was blindingly awesome.  The attention to detail on the outside and insides of your vehicles is amazing and it’s clear a ton of work went into recreating every aspect of this mission as close as possible. 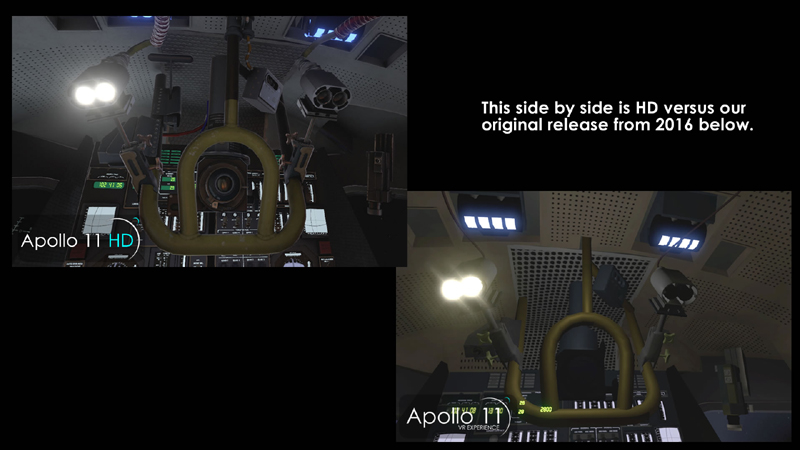 All of the speech in this game comes from recordings from that era and lend themselves perfectly to the action unfolding.  It’s borderline surreal to be in a shuttle with Buzz Aldrin and Neil Armstrong as they banter and talk to NASA and themselves.  Accompanying the historical audio is some very epic and cinematic music that accentuates every moment in this roughly 45-minute look back in time.

There isn’t a lot complain about here.  I noticed on a few occasions that the mouths of the astronauts didn’t always match what they were saying but this only happened for a few seconds before it synced up again.  Some of the effects used also looking much more like a low budget game then a recreation of real-world visuals, specifically the re-entry flames, but I really am just reaching for negatives in a experience loaded with positives.  I didn’t care for the interactable bits and letting the game handle these moments streamlined the experience as I found these sections did tend to drag a little. 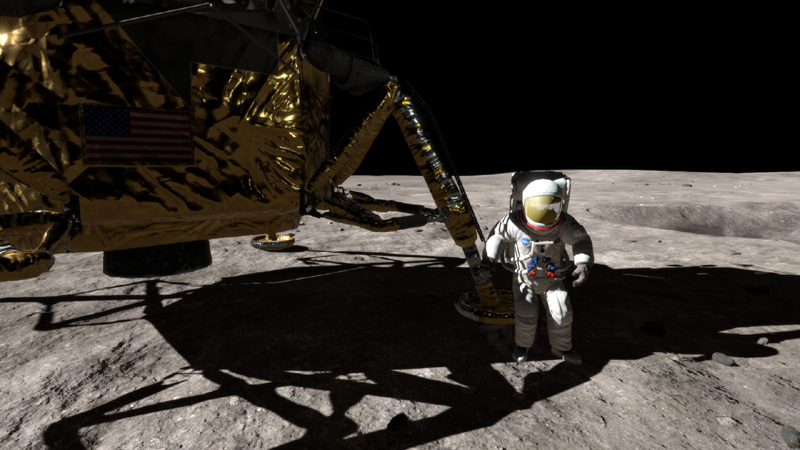 One small step for man…

Apollo 11 VR HD is a great educational tool and I treasure VR experiences like this.  Putting us in these historical moments is the kind of stuff I only dreamt of happening in my lifetime and having it now with developers that care to give us the most realistic recreation of these events is all kinds of amazing.  If you are at all curious to see the most important moments during one of humanity’s greatest achievements, then I honestly can’t recommend this enough.

What would I pay?  $10 for this is an easy ask.  The length felt nearly perfect and the HD visuals were breathtaking in my headset.  Experiences like this prove that VR is for more then just for gaming and can bring us closer then we ever thought possible to experiencing something that would otherwise be impossible.

Immersive VR Education provided The VR  Grid with a code for this title and, regardless of this review, we thank them for that!