Phaser Lock first built a name for themselves with the very successful Final Approach games. Twisted Arrow is their 3rd VR title to date, and they’ve proved once again that they can bring game concepts to life that allow for better game mechanics beyond the average VR market release. 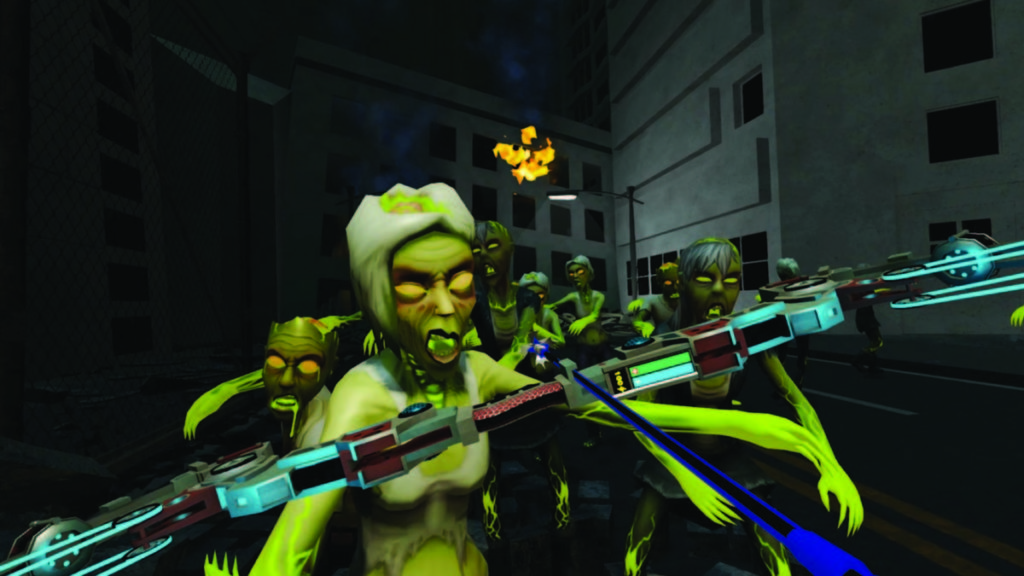 The incoming hordes can ovewhelm so best retreat and keep picking them off.

I dove into my copy of the game with gusto, looking for something deeper than every other bow based game. Twisted arrows offers a basic, but uninspired, story mixed with so-so graphics, but solid combat and movement mechanics still left me with some sense of satisfaction.

The story told was minimal at best. You are a cybernetically enhanced soldier (who loves the bow for some reason) ordered to save the futuristic city from an evil military organization. That’s about as deep as it gets, with no character development, twists, or sense of urgency as you risk your life for the greater good. I simply followed mission objectives; which were mostly go here, kill these people, rescue these people, blow up this defensive structure, kill more people, blow up another building, etc. The movement system is teleport only, allowing you to only move to pre-approved spots in the level.  While more limiting than most teleport mechanics, these spots were thought out with some purpose, often bringing you to the edge of a wall where you could lean out to shoot around a corner, or a rooftop with a great vantage point. Regardless, these waypoints served their purpose and  keep you moving forward in the right direction and into more action.

Graphically, this doesn’t contain the most impressive visuals, but for a small studio it’s not bad by any stretch. The developers understood and embraced their graphical limitations. Animations are simple, but the over-the-top cartoony explosions with the great physics engine helped elevate the game’s visuals above the more mundane abandoned city streets you are forced to fight your way through. While the textures and overall visual detail isn’t fantastic, the solid combat and animated deaths had me thoroughly enjoying my time. 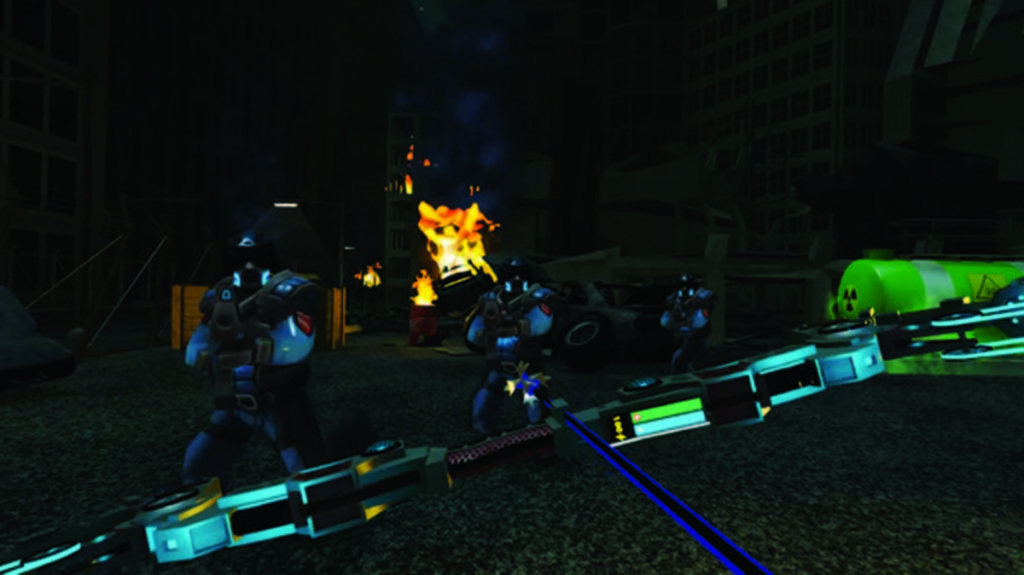 “Cover? Where we’re going we don’t need any cover”…and than I killed them

Combat lies entirely upon your skilled use of your bow and arrow. The flight physics are great, and every hit with an arrow is cued with audio and animation, letting you know when you’ve made a good shot or not. Besides your basic arrow, you have four “special” arrows that rely on an “energy” cooldown for use, which automatically recharges over time or can be filled by shooting dropped power ups on the battlefield.

You can shoot scatter arrows that lock onto enemies, trip mine arrows, freeze arrows, and explosive arrows. While they are unique and quite versatile, for me, there was little need to shoot anything besides trip mine and explosive arrows. The energy cost on the specials arrow are quite high, and I found myself mostly using explosives to clear the way ahead or hit a sniper way off in the distance that was almost impossible with the standard arrow.

Unfortunately, there are no specific puzzles or gameplay elements where you strategically feel you need to use one over the other. Freeze arrows are nice, but unnecessary as I was better off just blowing enemies up. Trip mine arrows only came into play when I was low on health and had to backtrack around a corner with a large group hot on my heels.  There are some innovative combos required where you would need to combine specific arrow combos to kill enemies, such as freeze, then fire, but the simple combat never lead to anything other than move, shoot, move, shoot, which was still very satisfying and left me feeling a bit like Hawkeye from the Marvel franchise.

Besides your bow, you have a shield that will protect you from incoming fire, but I used this maybe twice the entire playthrough. Instead, the solid teleportation locations with cover really allowed me to duck and dodge incoming fire, as the projectiles came in at speeds slow enough to track onto and physically dodge, which was a damn good workout.  Avoiding all the incoming shots left me feeling pretty badass…and sweaty.

In terms of the audio, they put some heart into it. The sound is well done, every gun crack alerts you to the enemy’s position, and the music manages to keep the pace and energy level up. Voice work is minimal but does its job but don’t’ expect a narrative epic. 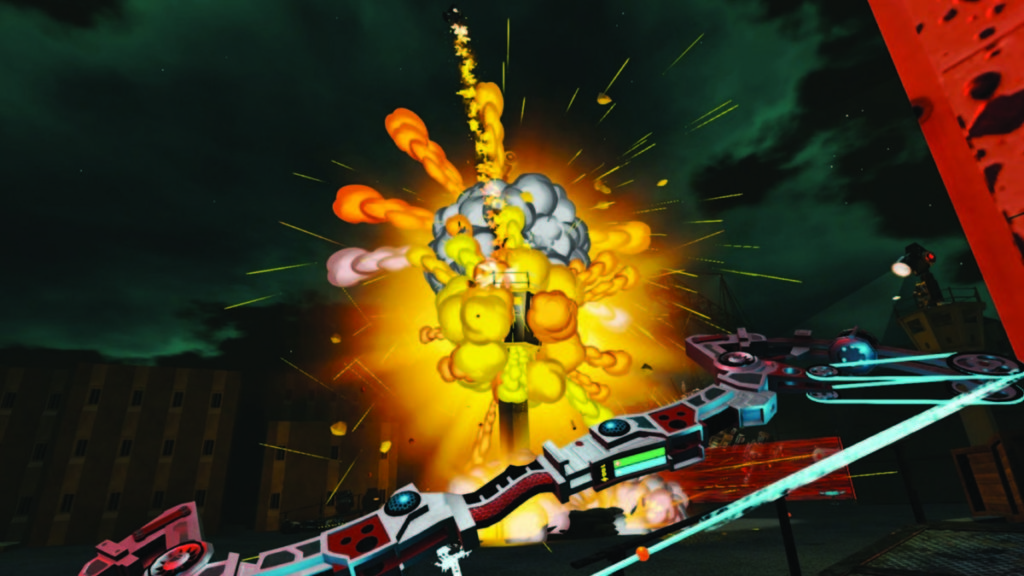 As far replayability goes, props to the developers for including multiple difficulty modes and leaderboards for those that like to compete for that perfect score.   Overall, Twisted Arrow is a fun game for bow’n’arrow fans looking to spice things up a bit with some interesting arrow mechanics and over the top action. Another solid game from the Phaser Lock team.

What would I pay?  $20 does seem a bit pricey for the content and I’d be more happy at a $15 price point.  Still, if your looking for a solid  VR Bow shooter, this will definitely scratch that itch.