It’s that time of year again, when everyone puts together their top lists of everything and anything that happened in the last 365 days.  Well, I’m happy to join in those goings-on and provide my own Top 5 list of my personal best PlayStation VR games and experiences from January and on.  It’s worth mentioning that while all of these were some of my most top-rated titles on the site, time has shifted my views on some of these slightly and while I stand by my scores, they may not quite match the order I list the games below…but they are still pretty close so get off me!

5. Farpoint – There is a caveat with this one as to making this list, I had to include playing this only with the Aim controller, DS4 just isn’t the same. A solid, lengthy campaign highlighted by some crazy cinematic moments all while holding a rifle in my hands IRL is amazing! Add in some wave based co-op and the very recent addition of a 1 vs 1 action and this is a staple for PlayStation VR that keeps on innovating! 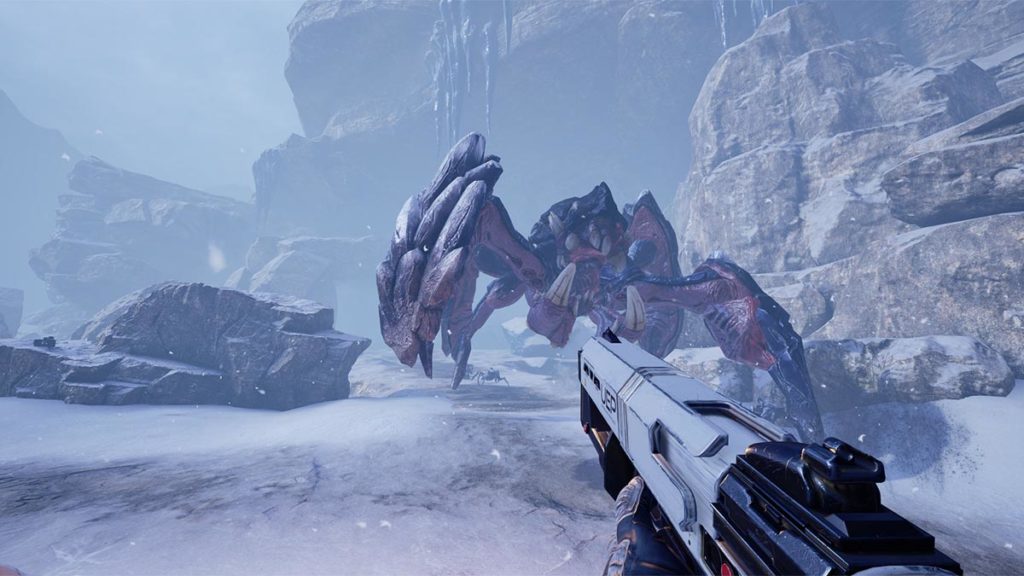 If you hate spiders…than it’s time to overcome your fears!

4. Skyrim – Sure, it’s a direct port of a 6-year-old game, but that game happens to be one of the best games ever made. While it does have some flaws, they can be completely ignored by the amazing scope of the game. With a massive virtual fantasy world to travel in, and the option to play however you want, Skyrim is game you can truly make your own.  Become a hero, thief, assassin, bounty hunter, get married and save the world, or don’t!  With the unlimited quests, solid controls (spellcasting with Moves is great!) and massive world to explore, if you’re not playing this than you just aren’t VRing right! 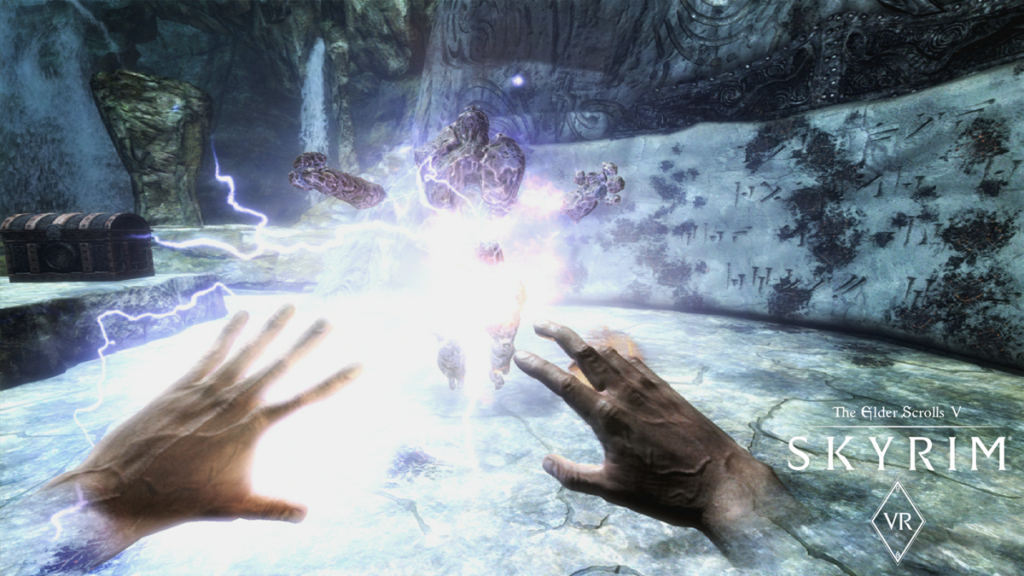 Spellcasting is an absolute blast in VR!

3. The Invisible Hours – This is way more experience than game, but is one of the most innovative pieces of entertainment I have ever had the pleasure of enjoying. The mechanics require you to do nothing more than just watch scenes unfold in VR, seemingly to see who committed a vile murder at the onset of the game. What becomes very clear is that there is sooooo much more to the story and every character you follow reveals new secrets and adds to the intrigue.  I followed every character and even on my final playthrough, my mouth still dropped at the revelations discovered there.  This is amazing stuff! 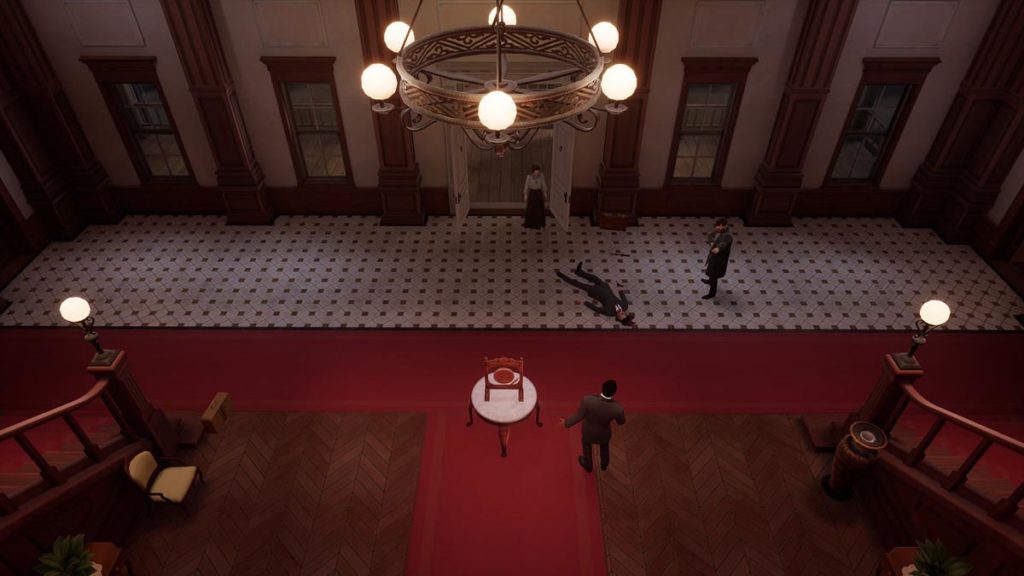 The story here is absolutely amazing!

2. SUPERHOT VR – If you have played this out of VR, then you haven’t fully played SUPERHOT. Time only moves when you do so the action plays out in a very ‘bullet-timey’ kind of way. You’ll be catching guns, punching through heads, tossing pots and pans and dodging bullets with every second making you feel more and more like a badass.  The levels get crazy hard and the physical nature of the game turns this into a small workout.  An infinite mode gives this endless replayability and the nature of the game makes this one of the most unique shooters I have ever played in my entire life! 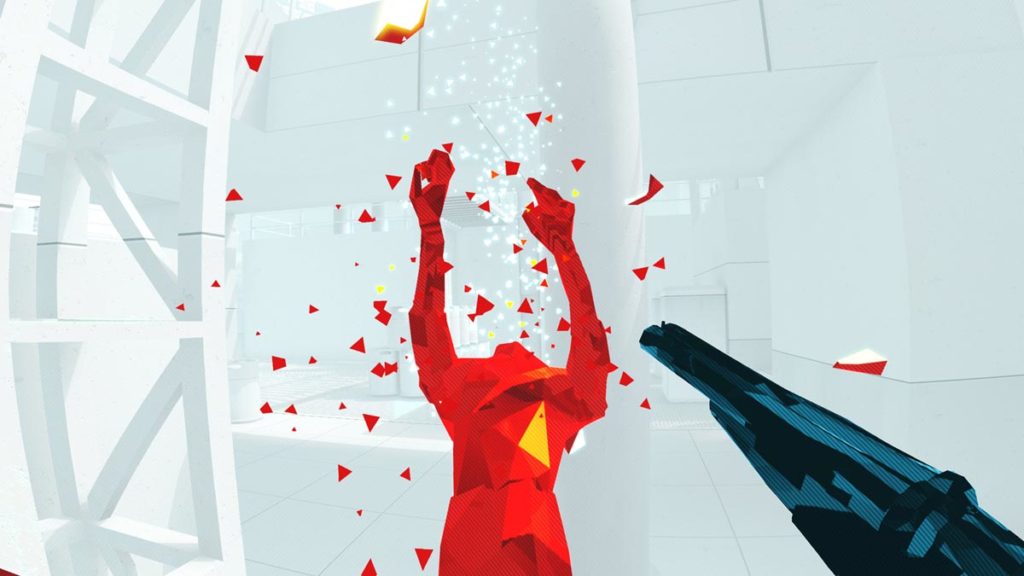 Images and vids don’t do this game justice…play this game!!!

1. Megaton Rainfall – This is probably the most controversial entry on this list, but I can’t deny the fun I had playing this. To break it down, this is a Superman simulator that requires you to fly around the Earth, defending it from a crazy assortment of alien ships bent on its destruction. While some lament the lack of Move controls, given just how complex the controls are, I don’t think they could work.  Flying through cityscapes while hunting down alien ships is insane, especially when each human casualty is a knock against your health.  Add to that the procedurally generated universe that you can traverse, a bunch of unlockable powers and solid comic book storyline and this is straight up dream fulfillment.  I love this game! 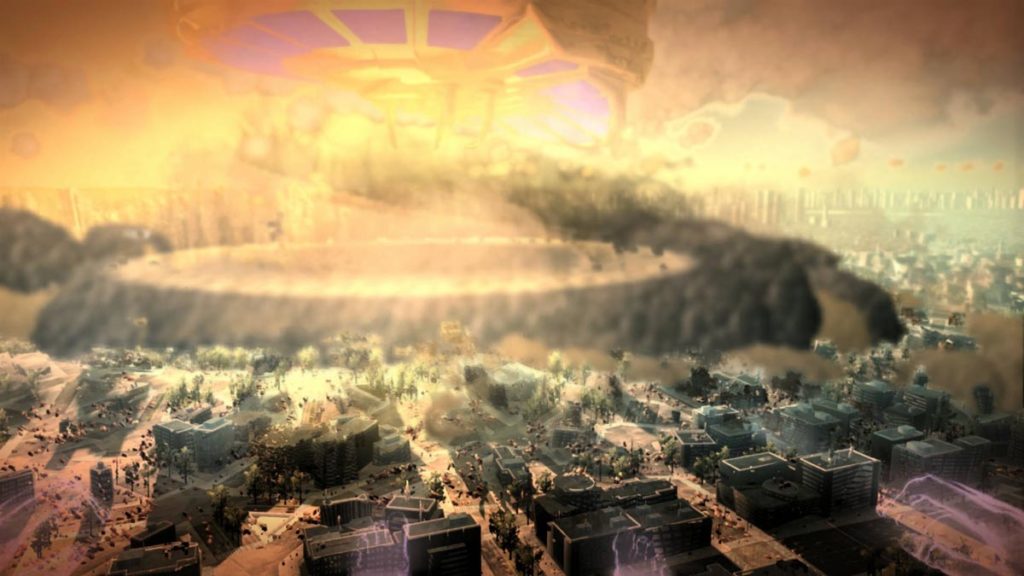 The scale of destruction here is awesome!

Thanks all, let me know what your Top games of the year are!