Let’s get straight to business. Purge Day is a straightforward wave-shooter designed for mobile devices and ported over to PCVR headsets with no controller support required. The first mission is introduced with some decent comic art and pretty good voice-over, but unfortunately this is the highest production value the game has to offer. You suddenly find yourself standing on a runway, with your airplane in flames, and a box in front of you begging to be opened. You purchase your first firearm, a pistol, and then…. they come. 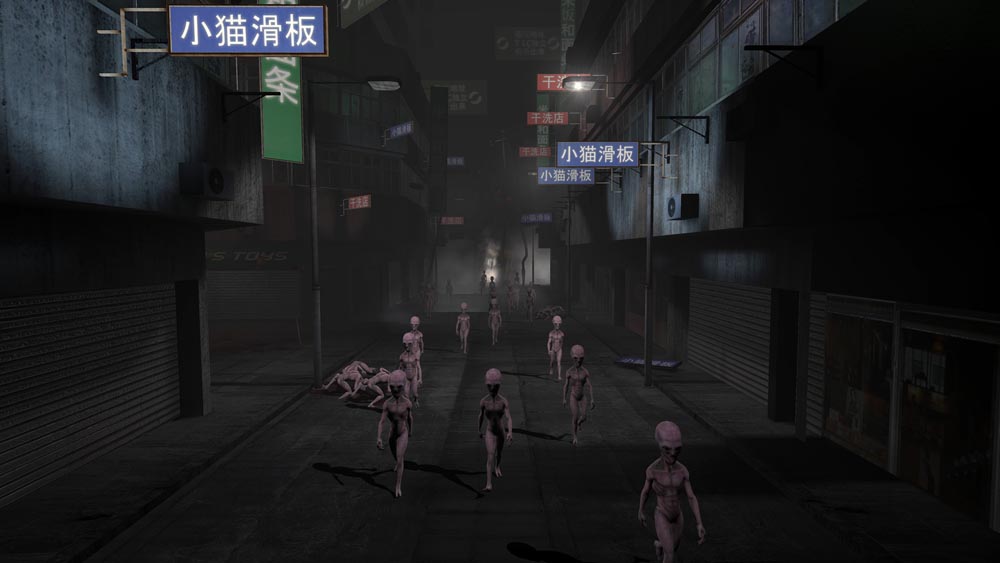 And so the alien horde comes

Aliens of various sizes, speed, and difficulty, spread throughout the multiple waves, confront you in a few different settings,  but none of them are particularly scary due to the simple animation and movement system.  Expect to have a couple jump scares when these ninja-like silent aliens sneak up behind you, giving you a mere second or 2 to react. There are no movement options in this game besides whatever room-scale space you have, and that doesn’t affect the game in any way other than letting you move naturally in the real world.

You can buy new weapons and ammo at the beginning of each round allowing for systematic upgrades, and the random ammo drops at the start of some rounds don’t hurt at all. 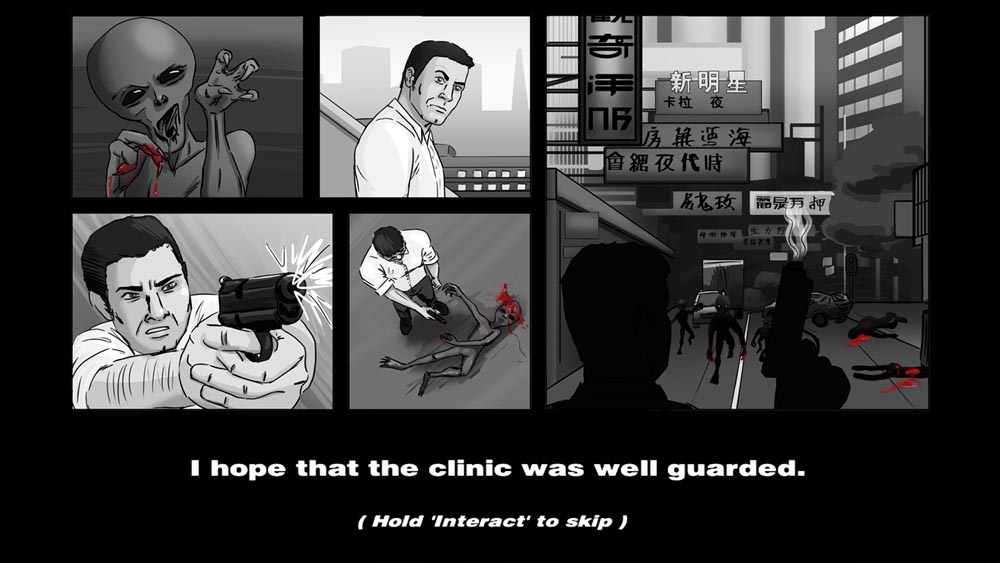 I loved the opening animated comic!

Unfortunately, the game is very basic in regard to the combat. There is no way to force a reload, you have to empty your gun by shooting if you want to have a full magazine ready for the next incoming enemy. You can throw grenades, which end up automatically tossed 15 ft in front of you, or even slow time down.  I never really use these options much except those last final clutch moments where I found myself really surrounded and overwhelmed. The biggest disappointment here is that there is zero room for error on your part as a single hit from any enemy will end your game. This takes away from the fun factor dramatically as you can be on the last wave of a level and miss that one sneaky enemy and suddenly it’s over, leading to higher frustration levels than expected from a wave shooter.

Graphically, the game isn’t anything to write home about. The enemies while slightly creepy, move at a relatively consistent pace and aren’t particularly well animated. Gunfire impacts are minimal and the lack of physics when they die doesn’t help in this department. The textures, models, and overall level of detail is very plain Jane, but as this was developed for the less powerful mobile headsets, and ported over to the more powerful HMD’s, it’s understandable, though unfortunate, that the game looks lacklustre. 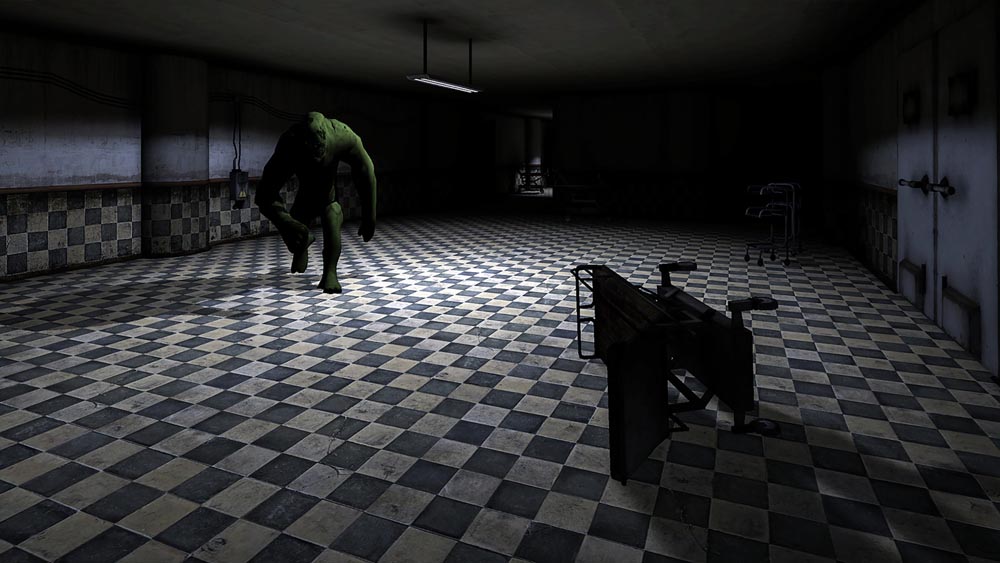 When the big guys come, you better hope you have a full clip!

With 3 levels currently in the game, Purge Day doesn’t have a wealth of content either. Enough for maybe an hour or sp, depending on your skill level and dedication to beating a game that has far superior competition in the wave shooter category. By no means a terrible game, Purge Day is ultimately hindered by the plethora of better wave shooters developed for the more powerful headsets.

What would I pay? Well, at $3 it is actually at a pretty fair price. For no more than a McD’s cheeseburger or two it’s not going to break the bank and if it entertains you for an hour, you’ve got your money’s worth.