Just in Time Inc. puts you in the role of an insurance agent. You don’t just work for any insurance agency though, this team of time-bending superheroes sells life insurance by having an agent travel in time, to the moment of their client’s death, and uses superhuman powers to save their life.

Just in Time is a seamless blend of action and puzzle genres. When a mission begins, your boss informs you that a client is in danger and you must save them. You’re given a pair of “hyper gloves,” which allows you to move at 10 times the speed of everyone else (perpetual slow motion), and to catch bullets and rockets. Using this, you’re sent to the client in one of many perilous situations, and use your hyper gloves to save them however possible. This can sometimes involve slicing and blasting your way through groups of enemies, other times it can involve frantically puzzling over objects in the environment that could help you attain your goal, and sometimes it can involve both. Sometimes neither. 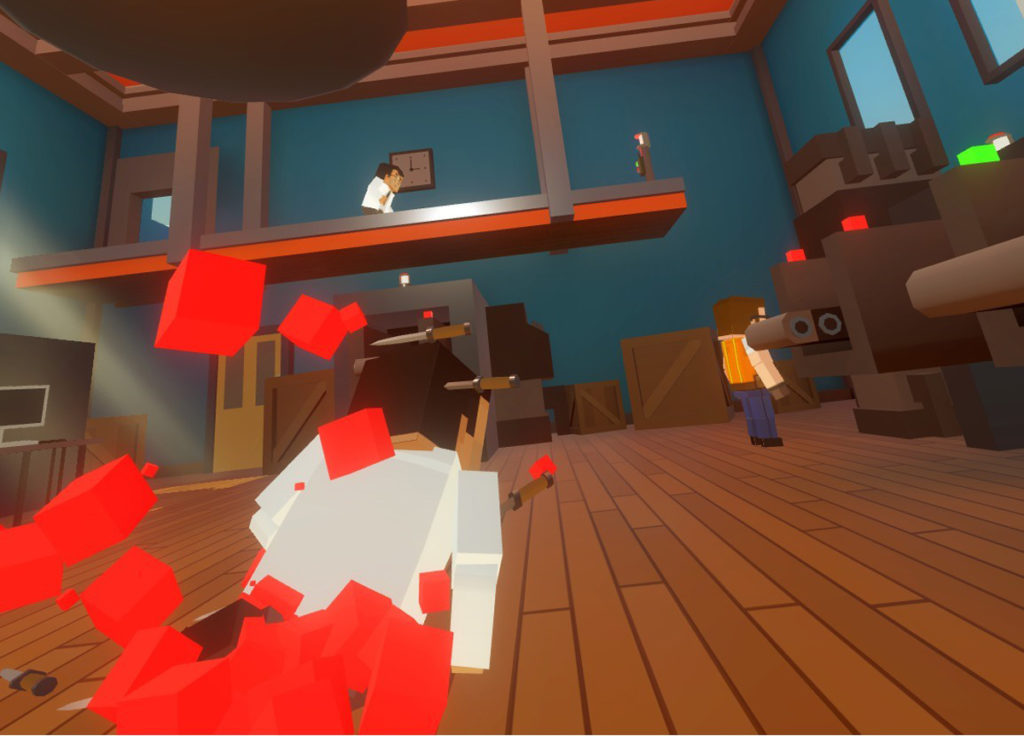 Trouble at the knife factory!

You’re often given plenty of interactive freedom to utilize any objects you can find. Any physical object can be used in creative and interesting ways to help save the client. The objects in the environment can be utilized to find different solutions to each task. In this sense, Just in Time feels similar to the Hitman series; finding different methods in the environment of accomplishing your goal in the individual cases assigned. This is ironic, since it feels like you’re playing as a contract killer but instead of finding ways to assassinate people, you’re finding ways to save them. There’s just a certain amount of planning involved.

The only problem with the game’s interactivity is that most maps (but not all) are fairly devoid of interactive objects. I never felt that anything was necessarily missing from the environment, but the maps used allow a minimal number of objects. The ability to remove anyone’s clothes is useful at first, for example, but clearly not for long. It’s disappointing that the game can sometimes be only minimally interactive, but I often shouldn’t expect much better given certain contexts. After all, when escorting Indiana Jane out of the forest, how much interactivity would you really expect to be handed over?

You can’t even use guns, but you can launch slow-travelling bullets you’ve grabbed, so guns would be pretty arbitrary anyway. Although I found myself wishing for more interactivity, my disappointment waned the more I played. It all depends on what you’re expecting when you first launch Just in Time. Its graphics and trailer paint the picture of a free-roaming sandbox, when it’s really a linear action-puzzler. In the trailer, the narrator misleadingly states: “these hyper gloves allow you to interact with almost anything!” Take this overly ambitious claim with a grain of salt, and you won’t be disappointed.

You can catch and throw back bullets and rockets alike, which leads to some pretty cool moments.

This game’s story has me enthralled. It’s very simple, and varies on a mission-by-mission basis, but the novelty is excellent. You work at an agency that seems to be half-Avengers and half-CIA, where you’re given your superhuman slow-mo abilities. The office serves as a level select area, with NPCs walking around that add to the immersion by giving it a social feel. This organization gets more interesting when you hear about the clients who bought life insurance policies from the company. These policies insure that in case you have an untimely demise, a superhero from the agency is sure to show up out of nowhere and save your life. This inherently dark narrative is loaded with existential nihilism and is genuinely funny, making me laugh out loud more than a few times.

One issue with the game is more unfortunate than it is problematic, and that’s its content. There are three rooms in the headquarters, the first two containing four missions and the last containing five. There are also five short bonus levels included, though they’re more like “deleted scenes” than “extra content.” Playing through the whole game twice, I only have just under three hours played. Now, I usually make a huge fuss about how much content a game has. The lack of such is more forgivable in this game than usual, however, due to its structure: Similar to the original Portal game, there aren’t many ways in which Just in Time actually could last more than a couple hours. There are a hefty amount of levels that feel complete, but most of them take less than five minutes to finish. This isn’t because they’re individually shorter than they should be; most missions are pretty fulfilling. They just lead to an overall-shortened game. For this reason, I’d argue that the game deserves more content, but the lack of such can’t be used as a hit against it. 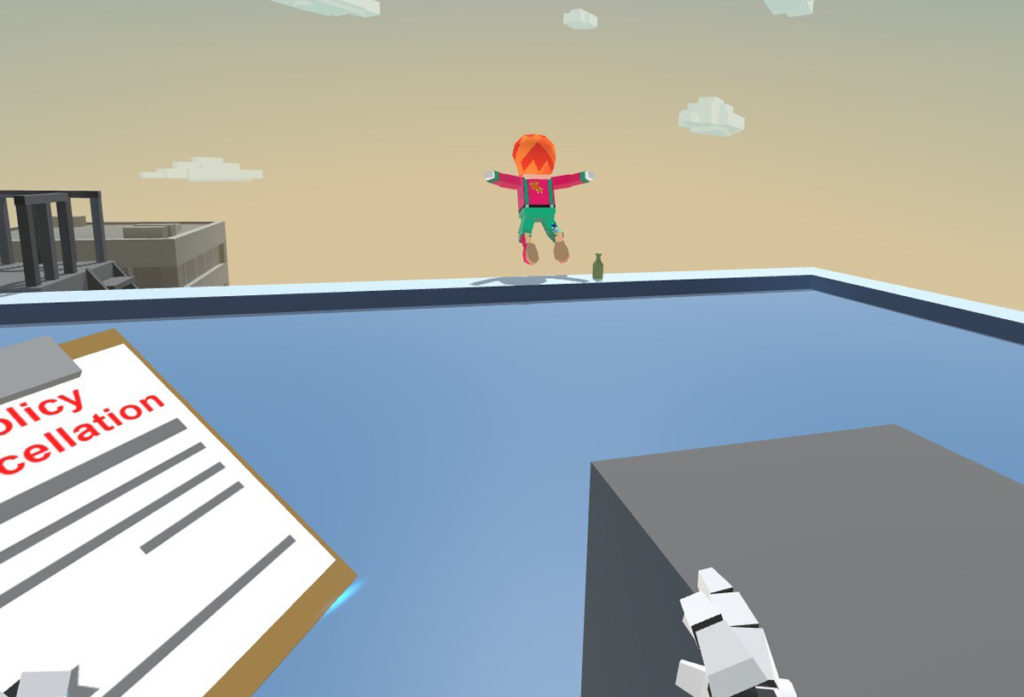 This mission is even darker than it looks

Just in Time is a well-polished action game with puzzle elements that can be funny and interesting.  It’s extremely high quality, it accomplishes what it seeks to do, it’s fun and it’s still replayable if you try different ways of completing objectives Unfortunately, it’s incredibly short and that may turn off some players.  I seriously hope they add more content eventually.

What would I pay for it? I think $15 would be on point the perfect price tag for this title.  If you’re super interested in the game, then the $20 price may be justified. Otherwise, wait for a sale, even a small one.

Second Wind Interactive Provided theVRgrid.com with a review copy of this title and, regardless of this review, we thank them for that!!