The Brookhaven Experiment has been out for awhile now and thanks to an active dev team issues plaguing in it’s initial release have been resolved as well as a few welcome additions.  Brookhaven is a game that delivers on some intense action and suspenseful gameplay, but it’s not without its shortcomings.  It’s up to you to fight back invading monsters, survive and possibly save the world! 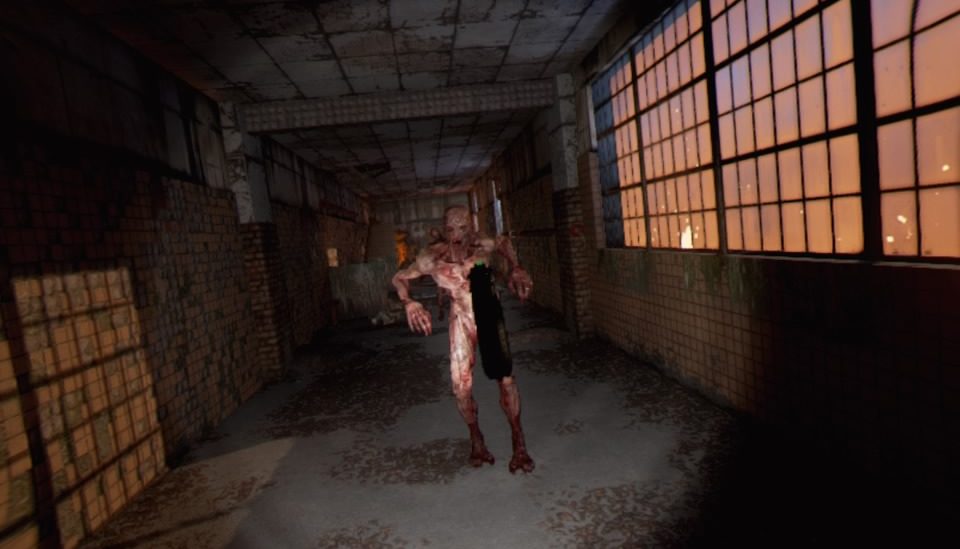 Most enemies come at you at a slow pace, but from all directions so you can still be easily overwhelmed!

This plays like a Turret shooter placing you in multiple locals across a city.  Thankfully utilizing both move controllers with the option to switch left or right handed, you carry a flashlight or melee weapon in one hand and your firearm in the other.  You simply switch each hands options with the center button on that controller.  Aiming is handled by  pointing and shooting, which works great most of the time though on occasion I still felt my gun was missing shots I knew I’d made, though this is much more rare than at launch.  Also, throwing projectiles(grenades and mines) was difficult and they often went nowhere near where I intended, though a recent update has allows you to customize the throw distance to your liking and making for more accurate tosses.

Speaking of recent updates, Brookhaven now supports the Aim controller and it works great.  Unlocks found throughout the campaign translate to both Move and Aim weapons so those revisiting the game since launch will already find a host of weapons available, if they found them in an earlier playthrough.  Aiming down the sites also works great, when you can, which isn’t often.  This game loves dark levels and because of that, it’s usually to dark to see your gun, rendering precise aiming a difficult task.  That said, it’s not impossible and shooting from the hip is still pretty accurate and damned fun.  Another note with the Aim is that your flashlight is now stuck to your gun, and while that doesn’t change the gameplay up too much it does restrict your movements somewhat compared to the move option simply because it’s now locked your gun as opposed to freely looking around with a flashlight in hand.

The action takes place all around you, so to compensate for PSVR’s limited tracking the ‘O’ button acts as a 180 degree turn, it works but I found that enemies @ 0 and 180 degrees to camera were a little more difficult to hit due to tracking limitations.  Overall the controls do work and I found that the shortcomings were remedied by adjusting my position in relation to the camera and putting my camera above the TV, it just tracked way better. 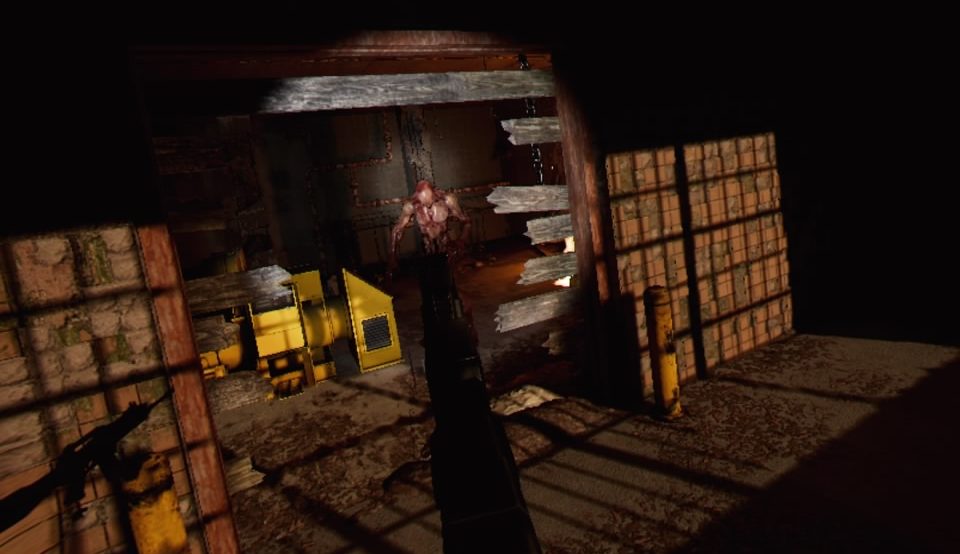 It’s hard to see in the dark, but with Aim support you get access to a few new 2 handed weapons.

This game looks good, not amazing or anything, but good enough.  Enemies look  detailed, though they do repeat themselves a lot, which is typical of the genre.  Almost every level introduces a new enemy, so there is a fair bit of variety in types, but only 1 model of each. It’s like you are fighting an army of monster clones.  The environments look great and differentiate themselves nicely as well.  The game is dark, intentionally so, to ramp up the suspense, and your flash light only has limited juice, so use with caution.  The lighting effects are good and flashing your lights on enemies and the environments makes for some impressive moments though I still found the game to be a little to dark for my liking.

The sound as well is awesome!  You are definitely going to want to wear headphones for this one as more often than not the sounds of the enemy may be the only warning before you realize they are right beside you. The sound effects do the job nicely with weapons sounding as they should and monsters equally so. The story is told by radio communication with a woman bearing responsibility for the events plaguing the earth.  She carries the narrative along well enough, what’s there is anyways.

The story here is…lacking.  With a basic plot borrowing from a bunch of movies and games you have definitely seen before, it’s up to you as Rama to follow the instructions from the lamenting lady on the other line.  Its all serviceable enough and gives you a reason to do what you do, but a little more originality in this department would have been nice.  You aren’t given any real back story for yourself, not that it’s really needed.  It basically plays out like a ‘B’ monster movie and I mean that in a positive way.

Hidden power ups scattered in each level increase your unlockable weapons and modifiers, as well as bonuses given at the end of each wave which carry over to the next.  What this means is that if you hit a level that’s too hard, simply go back to a previous one, restock and try, try again.  This game can be unforgiving, even at normal difficulty and you will die more than a few times, but with each unlock this game gets a little easier and trial and error in these levels will get you through, as well as patience. 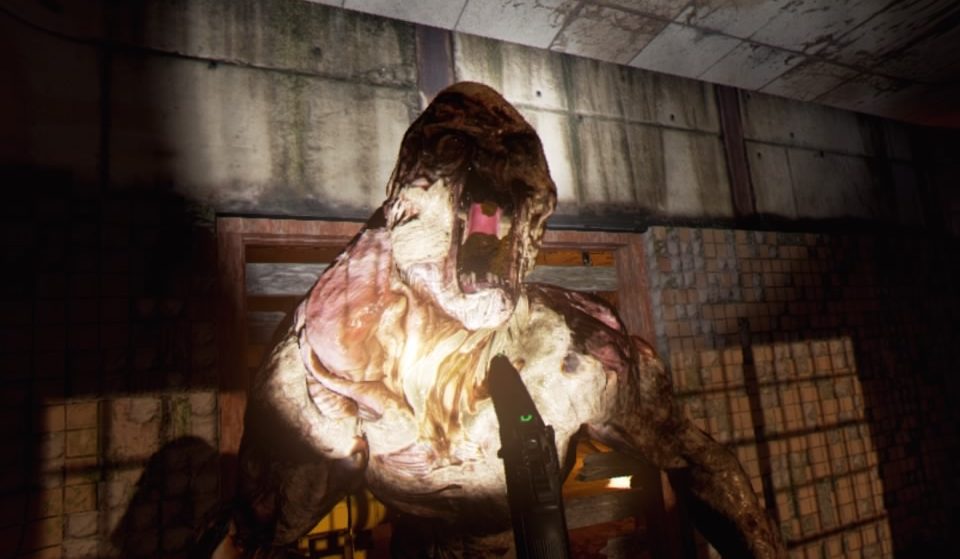 Up close these things are really damned ugly!

The only other thing worth mentioning besides the campaign mode is survival mode, the only other gameplay option, which pits you against wave after wave of increasingly difficult enemies.  The unlocks here come a lot quicker and the ammo is more plentiful, as such this plays a little more like an arcade shooter, and less like the scary, suspenseful campaign.  It’s still plenty of fun, but I preferred the intensity of the main story.

Overall I had a pretty fun time with this.  You are stationary which is unfortunate, and the dude you are playing as clearly has never heard of a ‘defensible position’ as he stands in the middle of fields, and tunnels with so many ways to be attacked, it’s basically suicide by monster!  It’s an intense campaign and the mechanics work well enough to call you back again and again until you beat back these beasts!

What would I pay? $20 is perfect.  The campaign will take you anywhere between 4 and 7 hours to beat on your 1st try depending upon how well you do.  Add survival mode and Aim support and there is a fair bit of bang for your buck here.