Panzer Panic VR is a tank shooter game that excels in some basic cartoon tank fighting but fails at both the multiplayer and length. 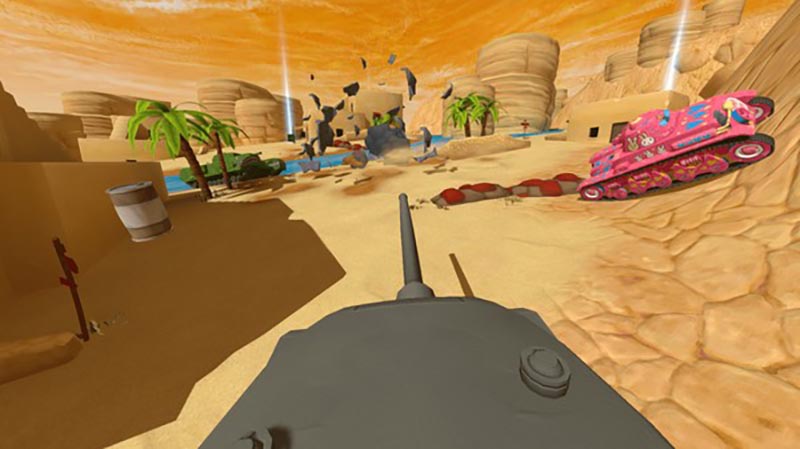 Across the few maps in Panzer Panic, the game is very simple, Team Deathmatch or Capture the Flag games go on until one team wins through a points system. Drive around, shoot at enemy tanks, and pick up powerups like speed boost and rapid fire. Unfortunately, the tanks do not control very easily. Playing on Oculus Rift, I often found one of my controls suddenly not responding until I did some button mashing. Thorough testing showed it really was a problem with this game. Being unable to turn my tank at random intervals killed the fun, and watching some other people play the game on YouTube confirmed that I am not the only one with this issue. Hopefully this is something that can be easily fixed in a patch.

Graphically and audio wise the game is a delight. The bright colors feel playful, and the music is quite catchy. I could hear my shots destroying enemies as they exploded into balls of flame, and I really enjoyed unlocking new skins and tanks. The biggest problem here, is that unless you have a friend with a headset and a computer with you for a LAN party, there is no online multiplayer. The lack of online multiplayer means you will be playing against bots who, while enjoyable, do not present any real thrills after a few matches, and are fairly easy to predict after only a little play time. 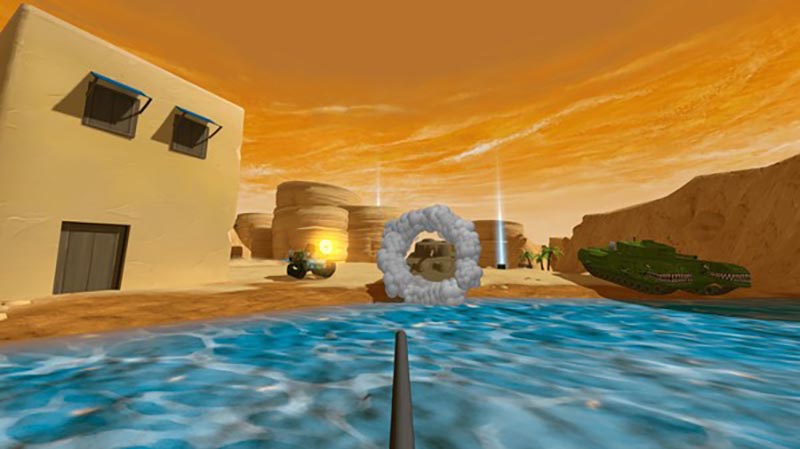 Watch out for that tank!

If you are a big fan of tank games I could see picking this up to have a few hours of fun, but without a friend, the game will soon be put in your backlog and stay there. One of the biggest challenges with VR is multiplayer userbase, but by not including the option, Panzer Panic shoots itself in the tread.

What would I pay? In its current state, lacking in multiplayer, I would only buy this for $3-4.