Medusa and Her Lover is an odd little game that on paper sounds intriguing.  Designed for local co-op, though you can play by yourself, the VR player controls Medusa while the Non-VR player controls Gaios as they try and escape from whatever is trying to track them down while search out a cure for Medusa’s curse. 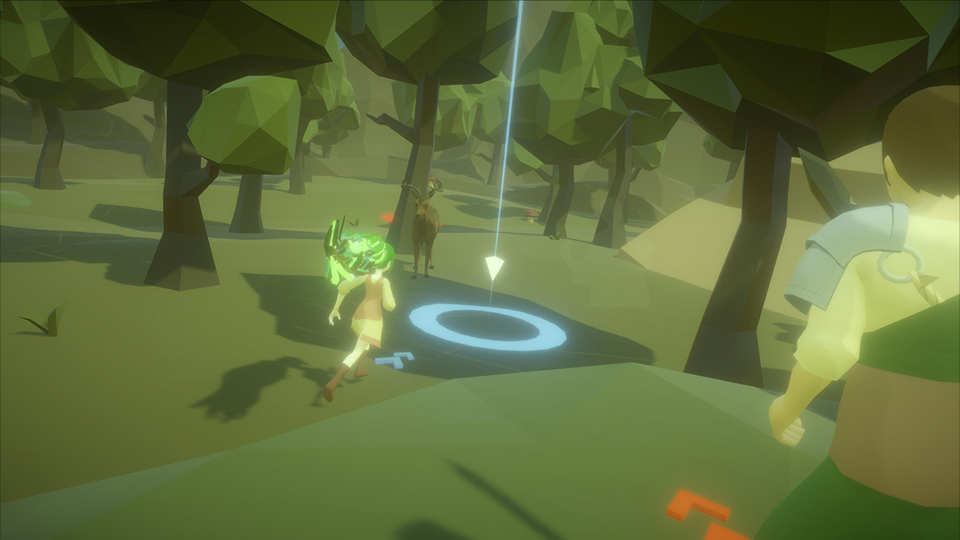 Find these points to move the stage along

Whether you play in VR or on the social screen, the DS4 is the only option with each controlling like a 3rd person action platformer, save when Medusa uses here stare, which takes place in 1st person.  That stare can be used up so to refill your stare meter, you need to press a button to close her eyes, leaving Medusa vulnerable to attack.  Luckily, Gaios is a sword wielding warrior who can protect Medusa through some pretty simple button mashing sword swipes.  Medusa can stare at Gaios, though this is actually fairly hard to do with out it being intentional, and that does add a little depth to the combat though with 2 players it’s ridiculously easy to handle any enemy encounters with Medusa being able to stare down a bunch of foes and Gaios easily dispatching the rest.  The camera system in here is a mess with either player, making this difficult to play with 2 players and frustratingly impossible to do so on your own.  Playing alone also assigns a thumbstick to Medusa and the other to Gaios but still needing the face buttons for attacks so you have to bounce between controlling each player forcing constant camera switches and a constant loss of your bearings.  Each stage also has a 5-minute timer that pops up repeatedly while you play which wouldn’t be so bad save for the frustrating controls which had me wasting a lot of precious seconds.

The game looks very reminiscent of Zelda: Breath of the Wild with a cell-shaded style that pops in the headset though lacks much of the detail from that flat title.  Medusa’s hair whips around and looks pretty slick but the rest of the game just looks dull with flat landscapes populated with trees, rocks, houses and ruins that are little more then basic geometric shapes.  Enemies are cartoonish and repetitive save for the boss battles, with one little octopus creature looking like it was borrowed from the Zelda series.  I don’t want to say this looks bad because it doesn’t, it just looks lacking and simple with everything excluding Medusa just being a little too basic to be engaging. 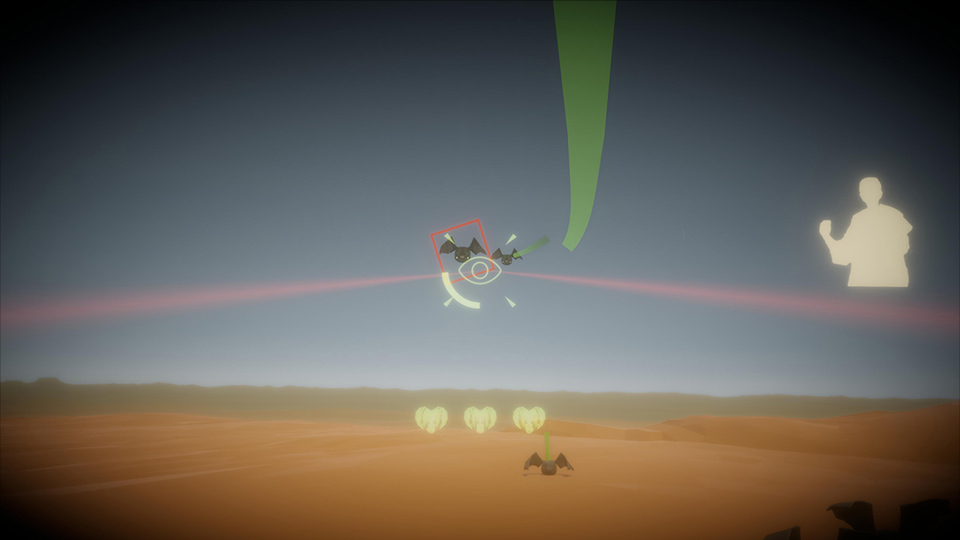 Medusa’s stare can handle most foes.

Accompanying you along your journey is some classic folk music putting you back in the day as well as the original Japanese cut scenes with English subtitles.  The story in here is lacking to say the least with brief conversations at the beginning of each stage between Medusa and Gaios which repeat the same message over and over anyways.  Monsters are either silent or make monstery noises with Gaios yelling as he unleashes his sword attacks.

Medusa and Her Lover fails on many levels.  The camera system in single player is maddening and while I did get through the campaign, it felt like luck more then any skill on my part, especially during the boss battles which require you to use both characters abilities to defeat them.  Jumping back and forth with your view changing all the time is an insane way to design the game and playing with 2 players eases the sorrow by splitting the frustrations amongst 2 players.  There are 6 stages to get through, each with that 5-minute timer which also seems unnecessary given the unwieldy camera system and because of that timer system, this game can be beaten in half an hour or so, barring any deaths, which force a stage restart.  The combat is just button mashing, which is easier said then done thanks to the camera system and using Medusa’s stone vision is finicky at best with you needing to lock on to an opponent before you turn them to stone.  Very often her sight wouldn’t lock allowing your characters to take damage or worse, hitting Gaios, which can turn him to stone.  There are 3 difficulty levels here, but they just seem to give the enemies more health and your characters less and playing on anything other then easy by yourself is a near impossible task. 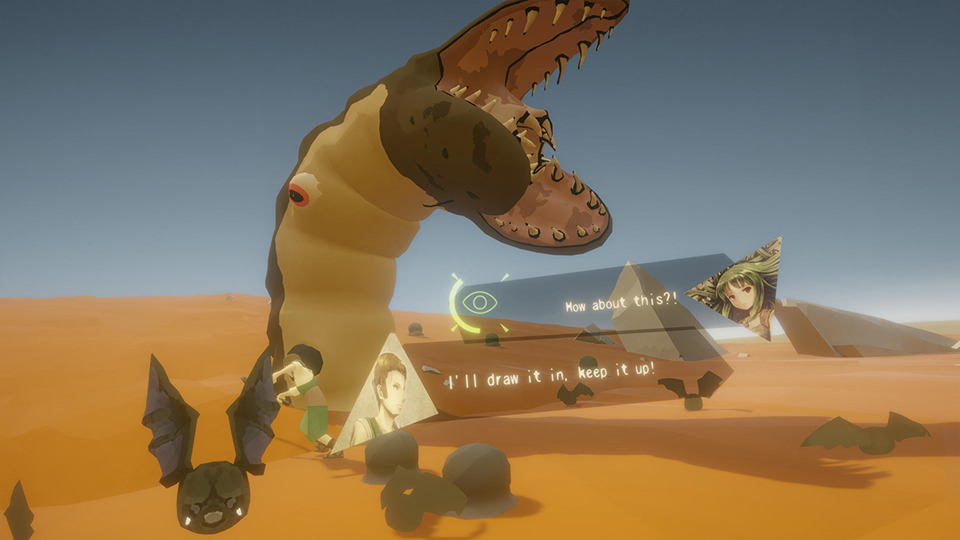 The boss battles offer the most challenge!

I wanted to like this game, but it’s just not that good.  The cumbersome camera pretty much kills off any fun to be had as I constantly battled it through the campaign.  Even if the system was somehow overhauled to work somewhat smoothly, the combat is very shallow and simple.  The presentation is bare bones and story is non-existent leaving us with a game that forgot what games are supposed to be, which is fun…and this is anything but that, even with 2 players.

What would pay? This is $20 US and that’s insane.  Even if the camera system was made usable, the short campaign and shallow combat puts this in the $5 range at best, and that’s if they fixed the camera system.  As it stands now this only playable with 2 players and worth $5, but if you plan to go it alone, I wouldn’t recommend buying this at all.

Playism provided The VR Grrid with a press code for this title and, regardless of this review, we thank them for that!