Lunar Stone is a very odd-ball stationary wave shooter.  You play as Ting and from what little I could glean from the what little story there is here, you are looking for a few stones that can be used to maybe defeat a Vampire guy.  I’m not really sure, but given just how short this First-Person Shooter is, the story in honestly next to unimportant, especially when compared to the “stellar” presentation. 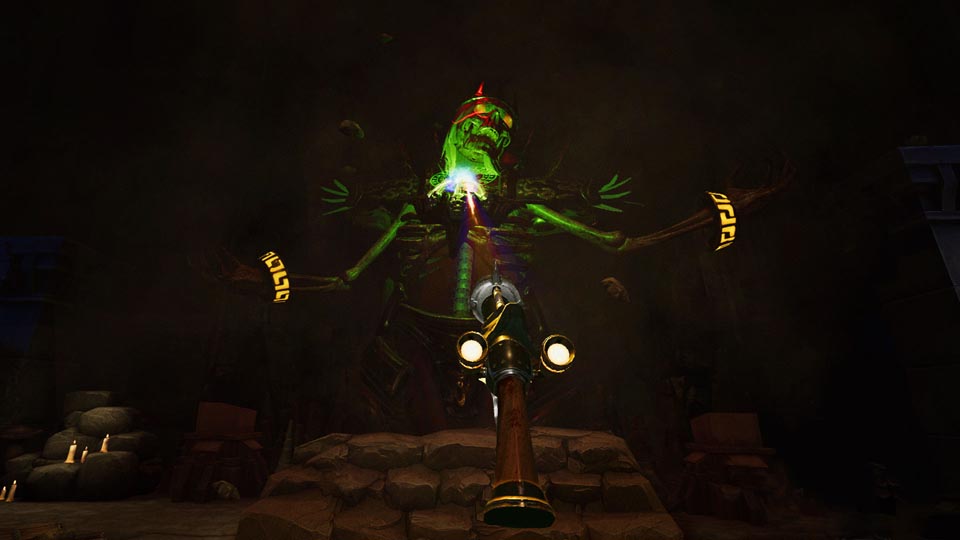 The 1st two bosses are the best part

Move controllers wield your weapons of choice with your starting arsenal being a 12-shot pistol and sword.  Each weapon has a power mode that allows the gun to shoot all 12 rounds at once or launch a fireball from the sword.  Once you beat the campaign, 2 additional weapons become available, 2 crossbows or 2 fireball throwing mechanical gloves.  Reloading is handled by flicking your wrist down and swinging your sword with reckless abandon will dispatch any nearby foes which reminded me of the swordplay in DWVR.  During 2 of the non-combat scenes, you can teleport around, but that’s really a next to pointless addition.  One the features of Lunar Stone is a dodge mechanic the requires you to quickly shift your head left or right, which makes a swish sound and allows you to dodge incoming attacks, provided you have timed that dodge somewhat accurately.

So with regards to visuals, this is all over the map.  2 school girls, I’m assuming college age based upon their rather revealing attire, start off by stumbling across some kind of ruins that you are already in.  The 5 stages (3 of which are combat) all look fine.  Each stage is just a room of sorts with you stationary in the middle of them.  There are only a handful of enemy models here and considering the budget nature of the game, I think look fine.  The bosses are the shining point in the visuals, and the game for that matter, with the first being a huge skeleton, the 2nd being a large mutant who picks you up by the neck and the last being some lame vampire guy.  I love large scale objects in VR and the giant skeleton was kinda cool as was the axe wielding mutant. 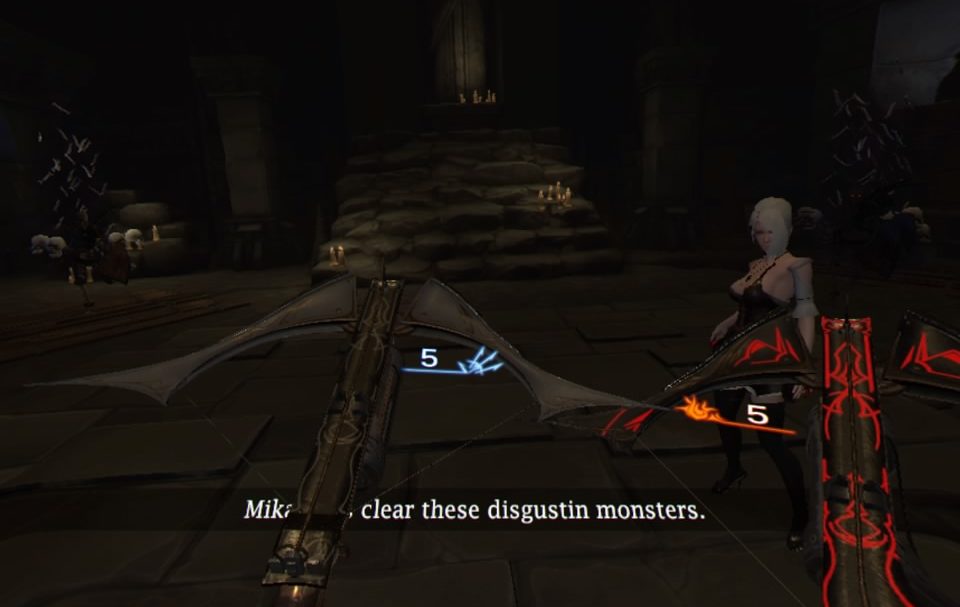 The crossbows are incredibly hard to use!

The audio is awesome, provided you like bad dubbing and poorly translated English.  Honestly, one of the girls, Nika, looks like Maria Brink from the band ‘In This Moment’ and is competent in her role. The other,Melanie, is played by an actress clearly new to the English language and every word she spouts out is laughably mispronounced and humored me throughout my playthrough.  There is some forgettable music here as well, minus the song that plays during the credits which is epically cheesy.

The actual game is criminally short, taking me just under 30 minutes to wrap on medium difficulty.  There are 3 modes of play currently available; tutorial, campaign and Boss Rush with the latter 2 being almost indistinguishable as the campaign just contains around 2 minutes of fighting smaller enemies before the boss shows up.  Coming soon is an endless mode, but that honestly sounds like content paddling more than much ekse given what’s currently available.

The swordplay is underwhelming as the enemies don’t properly react to your swings and the other weapons aren’t much better.  The unlockable dual crossbows are terrible to use and overall the combat mostly involves shooting at unflinching enemies and occasionally dodging a boss’s attack.  The story is hard to follow and while I did enjoy the broken way it was told, I expect many people to be more annoyed by the narrative than anything else.  The first 2 bosses are really the highlight in Lunar Stone with everything else in the game becoming background noise and there is no strategy to the battles, just shoot and dodge. 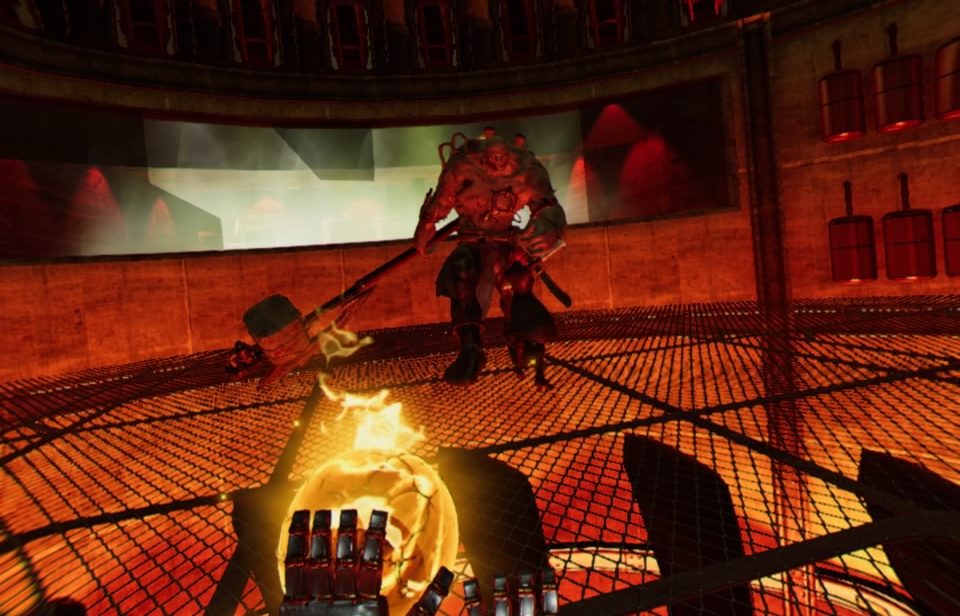 I didn’t hate my time in Lunar Stone and actually laughed out loud more than a few times at story and poor translating that occurred.  Lunar Stone doesn’t look terrible, but the gameplay is so shallow that it makes everything in the game instantly forgettable and if you don’t find the humor in cheesy, poorly written dialogue, there really is very little here that will appeal to you.

What would I pay? I think the $10 price tag for this is too high, but like I said, I enjoyed the cheese factor here enough to not fully regret my purchase.  If your thoughts echo mine, I’d say nab it for $5 if it ever drops, but for those looking for a quality shooter, you best look past this one.