Luna at it’s core is a fairy tale that involves you helping a little bird restore pieces of the moon,  helping her find her way home and bringing back a little life to the world after Owl has scattered the pieces around in the hopes of giving the night to everyone.  You’ll solve some simple puzzles as you navigate the campaign and play through this story book brought to virtual life. 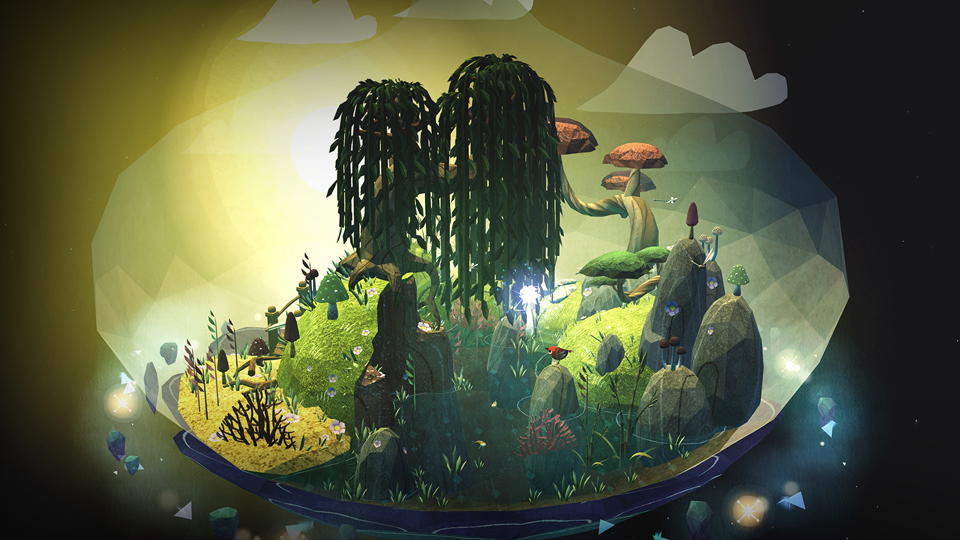 Each stage ends with a cute little interactive diorama

You can use 2 Moves or the DS4  in here.  Each of the 6 stages, for the most part is broken up into 3 separate areas with the first having you repeat song patterns by tapping them with a Move controller or, with the DS4, moving your cursor over the notes that look like plants after a bird sings those same notes.  Completing these mini-songs brings you to the sky where you must fix star patterns that will make the shape of a plant that must then be used in the last section.  After you fix 5 zodiac constellations you’ll be brought to the final area where you must place all the plants you unlocked, bringing some color and life back to the world and releasing an animal that has been caught under the moons spell.  Every action you perform is of the click/grab and drag variety and while the environments are 3D dioramas, your DS4 cursor moves on a 2D plane but when it moves over an object, it’s position adjusts to reflect that it is on an object making it very awkward at first, but easy enough to get used to once you play around with it for a bit with Moves just having you reach out and touch whatever you need too making for a smoother experience 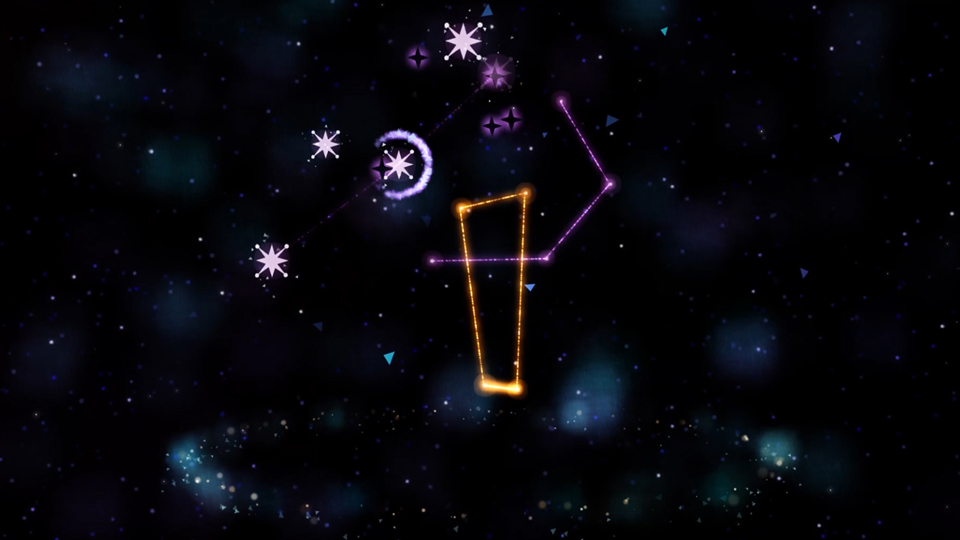 Luna uses very cartoonish and stylized visuals as if pulled right from a childs story book.  Everything uses a hand drawn art-style that looks good in the headset though does suffer a little from low resolution, though you can zoom in to alleviate some of those issues.  Each of the nature and star stages is a small environment that you can rotate around for a better view of the constellations and where to place the out-of-position stars as well as where to place the plants as each of those levels land’s are drab and lacking much color until you bring some life back to those worlds.   All the textures are drawn in with much of the animals comprised of geometric shapes fitted together to form whatever it ‘s supposed to be making this look like a pastel colored pop-out book and is an art style that lends itself perfectly to the story.

The narrator takes you on this journey and talks in very quiet and somber tones, bordering almost on a whisper.  He details all the events unfolding before you and does a solid job and telling you this tranquil tale, as if he were reading to you a bedtime story.  The music fits the story with it being quiet and subdued falling into the background until your actions bring the world to life with small explosions of sound and color once again fitting in line perfectly with the storybook presentation. 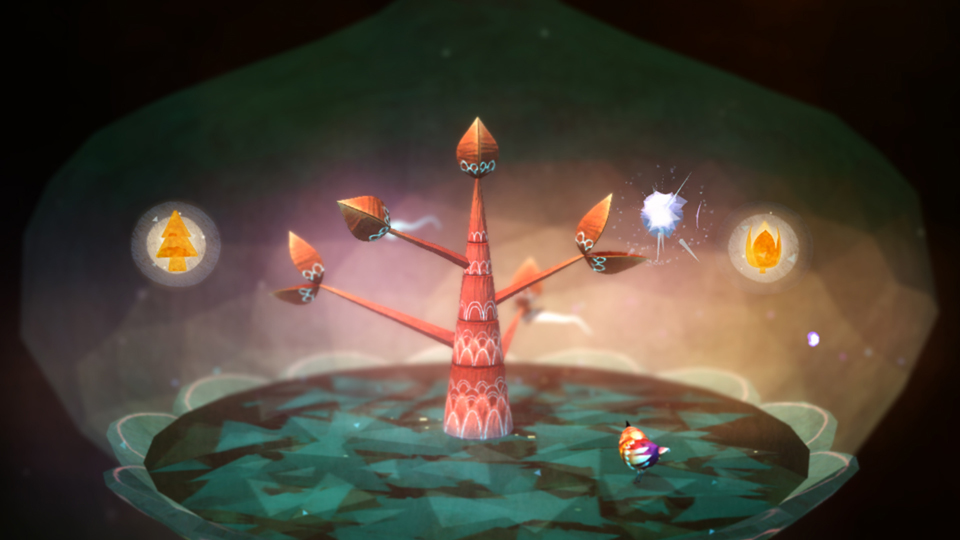 The mechanics are sound enough but the game as a whole just feels too repetitive and slow for adult audiences.  The slow part I’m actually fine with as this story feels like something I would read to my kid before I tuck her in for bed.  The problem with that though is I’m not going to bed, I’m in VR,  making the entire experience come off as subdued and a little boring.  This is doubled down by the other mechanics which just repeat themselves from the first stage to the last and while any individual mechanic is fine in small doses, Luna just has you repeat them with vary little variation.  I dug the core story here, but to get through the 1 and half hour campaign just requires a lot of the same thing over and over.  The most challenging aspect was laying down the plants as you only have a set number of them and must revitalize the entire area in front of you, causing me to move stuff around to trigger the next cut scene.  Don’t get me wrong, besides that one issue everything here works and the game itself is solidly built, I just didn’t find it to be engaging…that said, I don’t think this was designed for me. 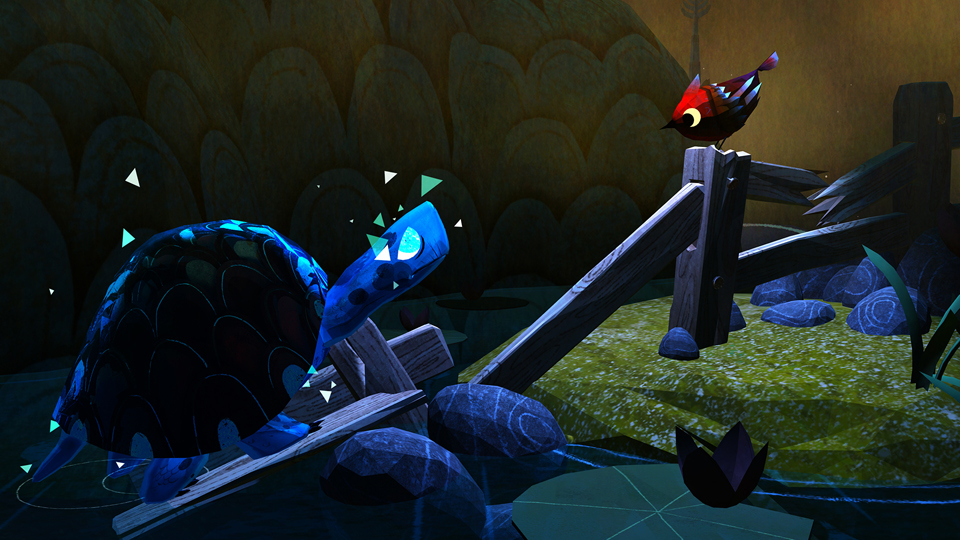 Help save these creatures from the moon’s spell

Luna, in my personal opinion, isn’t for adults and is a game geared towards younger children.  If you are cool with putting your kid in a headset then I think they will get a lot out of this as the puzzles will be more challenging and engaging to them.  For adults like myself, I just think this misses to many marks and  comes off as a dull and repetitive experience.

What would I pay?  Like I said, I don’t think this is the type of experience that will appeal to many adults.  That said, I am more then happy to throw my kid into this as I think this was built for kids to experience.  For that reason, I think dropping $10 on this isn’t a big deal, and if you are a child at heart, you’ll probably take a lot from this too.

Funomena provided The VR Grid with a press code for this title and, regardless of this review, we thank them for that!