Lost in the Rift-Rebirth is an older VR title, but still manages to bring the chills. Throughout it’s short play time, I constantly felt my heart speed up, and found myself checking behind me to see if I was being followed. 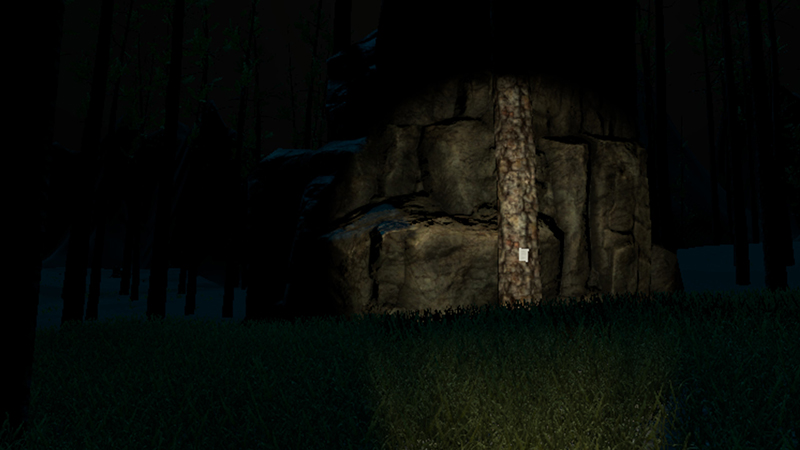 Notes only add to the creep factor

Gameplay is simple enough: leaving your camping tent, you have a lighter and a flashlight, and you wander around finding bits of the story written on paper. Sound familiar? If you’ve played an indie horror game in the past few years, you will feel right at home here.  Dreading the worst, I often found myself stopping and starting to keep myself relaxed and to keep my nerves at bay. Unfortunately, I also found myself starting and stopping due to the control scheme.

While it is hard to judge Lost in the Rift too harshly since it was released before VR controls had really been more refined, I have to bring it up. The player moves in all directions using either thumbsticks or a trackpad, but something still didn’t feel quite right, and I can’t put my finger on it. I recommend most players turn on moving in the direction you are facing in the options, as this worked best for me.

Other than the issue with movement, I had no problems. The woods, and what I can only assume is an insane asylum, were creepy enough to make me feel uneasy. The sound design in particular stands out and what makes this experience particularly creepy. Audio cues, and even the lack of audio cues help increase the tension. You know you are with something but can’t quite figure out what. Spawning into the game, I was a bit surprised about how much it felt like I was in the woods, and I’m not new to VR; and the audio was a big part of this. It had that eerie quiet of the woods when you go camping far away from civilization. 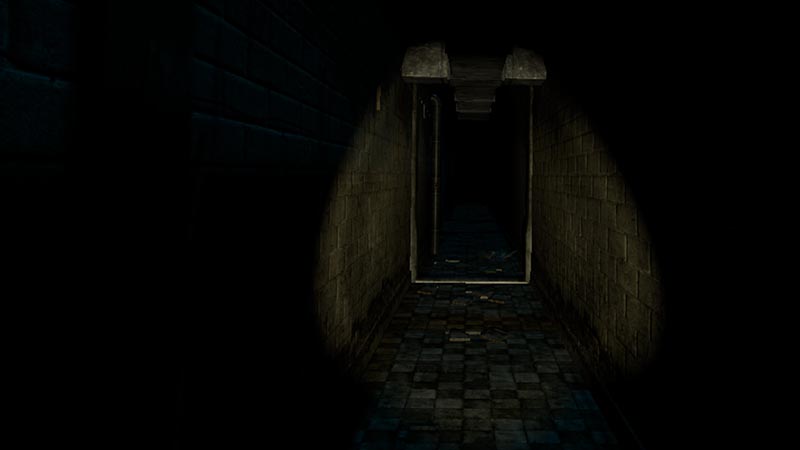 Yup, creepy claustrophobic hallways are here to keep you edge.

Briefly, I’d like to talk about horror games and their settings. Woods? Fine, I don’t have a problem with that. Asylums? Can we not? Turning to the mentally unwell leads to further stigmatize mental illness. Abandoned hospitals and asylums aren’t scary because of the people that were in them, they are scary because of their atmosphere. So please, if you are a dev and are in need of a location, instead of an asylum, how about a creepy dilapidated library? Or city hall? Or store? Or business building?

Overall, Lost in the Rift-Rebirth is a solid horror title. With the small amount of content, it does a good job creeping the player out, but I just can’t help thinking there are newer games that do what Lost in the Rift does better.

What would I pay? I would pay $2 for it to scare your friends, or if you have played most of the other horror games and really need something to creep you out.