For those paying attention, Lone Echo was released over 4 years to massive critical praise thanks to its stunning presentation and immersive story that took place on, and off, a space station in a zero-g environment.  A sequel has arrived in the aptly named Lone Echo 2 that places you once again in the role of Jack, an android assigned to assist Captain Liv Rhodes in a continuation of their space adventure as this starts where the 1st game left off. 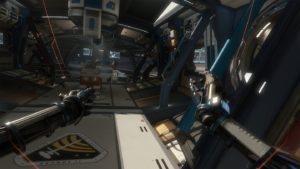 Welcome to your home far away from home.

Realistically, for this review, I’m going to assume that those reading this have played the 1st game or are at least very much aware of the gameplay in Lone Echo as this sequel carries forward the exact same controls, plus or minus a few small differences. This is a zero-gravity game and as Jack, you’ll be pushing and pulling yourself around, and outside, of the space station you wake up in, navigating around obstacles and towards your next goal.  Besides propelling yourself about the space station, you’ll have wrist jets which allow for small adjustments to yours speed and propel you along at a snail’s pace so it’s best to utilize the environment to more speedily get through the game.  There are a few comfort options available but for those that might get a little queasy in VR, beyond click-turning and blinders, this is a full locomotion affair with additional options available that let you adjust your yaw for those that are looking for next level zero-g goodness.  You’ll also have a cutting tool needed to slice through grating and remove bolted plates with all your abilities being needed to get you and the captain to safety.  With her guidance, you’ll travel though the station encountering all manor of barriers between you and your goals and will have to perform a variety of tasks mostly involving fetch quests and following Liv’s instructions as you work together to survive.  This is a narrative heavy affair with lengthy bouts of conversation and during these moments, Jack often has a few options to spice up the conversation though are really just there to accommodate the player as, to the best of my knowledge, they don’t seem to affect the outcome of any given situation short of selecting which mission you would like to do 1st if given a few options making for an overall linear story clocking in somewhere between the 6 and 8 hour mark. 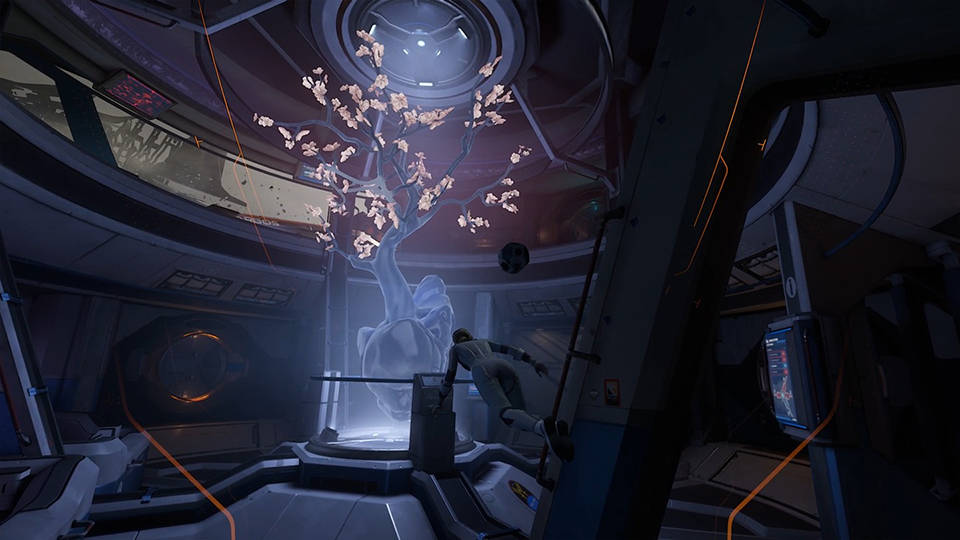 There are lots of personal moments in the game.

4 years is a long time in the video game landscape and with Lone Echo being one of the best-looking games to ever grace our headsets, I expected nothing less from the sequel and Lone Echo 2 looks and feels almost exactly like the 1st game which is awesome in many ways and disappointing in a few. Comparing the 1st and second game, both feel almost identical to each other save for some larger environments in the sequel and some odd performance issues that didn’t really happen in the 1st one.  By no means were those issues game breaking in my experience with the most notable issue being some frame drops when using smooth turning, some lower resolution textures that didn’t match the quality of the surrounding visuals and some pop-in, most notable in those larger set pieces.  Those issues aside, Lone Echo 2 is still a remarkable looking game, especially when it comes to the character models and Captain Liv especially, who not only looks amazing but reacts to your presence in realistic ways giving her an authentic human quality that only amplifies the actor’s amazing performance. Space stations are typically sterile looking and while Lone Echo’s science facilities still fit that bill, each area of the station, and even the individual areas found in them, mix up the settings quite nicely with the attention to detail on nearly everything being something to behold.  Even just watching your hands interact with various surfaces as you grab handles and doorways is near mesmerizing with fingers moving independently over oddly shaped grips and while those hand physics are nowhere near perfect, when they work as they should, it only adds to the overall realism as does your full robot body, which can you see drifting behind if you care to look.  Bottom line here though is, while it’s not perfect, it’s still impressive and highlights just how good VR can look when a developer can commit the resources needed to maximize the medium. 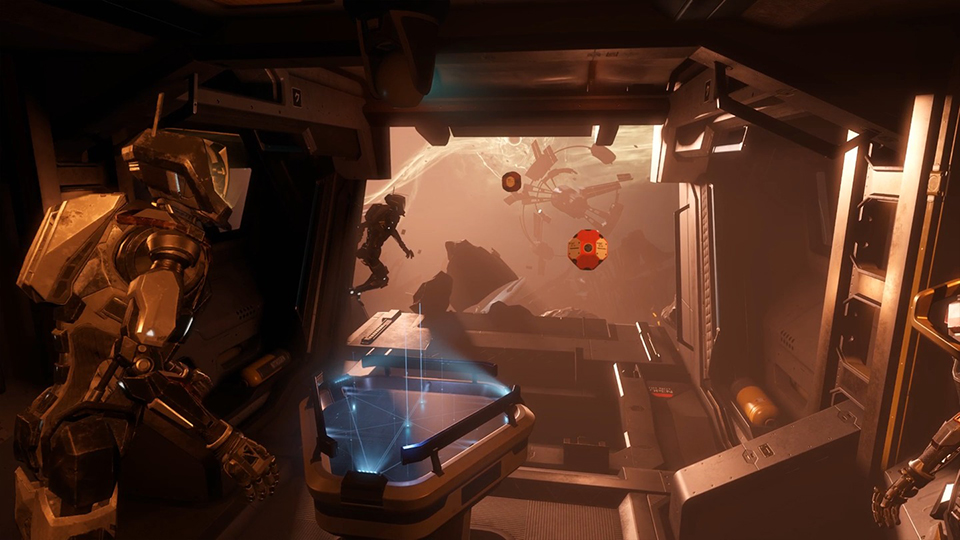 Almost everything in this game looks amazing!

Where the visuals may stumble a little, the audio does not with Lone Echo 2 carrying forward an excellent, if not sometimes bloated, script with the voice actors reprising their respective roles and a few additional performances that are all stellar.  3D audio also on point as is the cinematic soundtrack, which kicks in when needed though the game is often bathed in the silence of the station around you and whether it’s the thrumming of engines, the hum of a reactor, the clanging of floating items against the walls or even the more sinister stuff I won’t spoil here, every audible queue only adds to the immersion factor.

Despite just how amazing any particular moment can be in this game, pacing is an issue with the game crawling at some moments as backstory is given and people prattle on and on while little else is happening around you.  Those moments were a reminder that I was playing a deliberately narrative heavy game, and just to sit back, relax and (try to) enjoy the story as there is no way to skip conversations save for a few convos where you can interrupt someone with your own conversational prompt.  After the initial 3 hours or so, the pace does quicken as the stakes are raised and I enjoyed the latter half of this 7-hour(ish) game as everything just felt a little more hectic with some cinematic and dramatic scenes unfolding.  That really is my biggest issue with Lone Echo 2 and while I did run into a few performance type issues, I expect those to be remedied with a few post-launch patches and if they aren’t, what’s here is still undeniably impressive, assuming you like games that are a little more of slow burn. 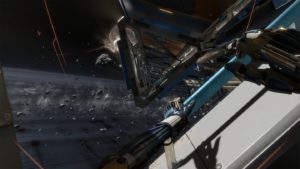 Venturing outside of the facility is always extra stressful!

Lone Echo 2 is solid sequel and carries on the story of Jack and Liv from the 1st title though honestly feels more like an extension of that 1st game than a bigger and better follow-up.  It’s a testament to what VR can do and in some ways it’s the end of an era as this is the last Rift exclusive title published by Oculus with them now shifting all their focus to their Quest platform.  If you are looking for some AAA VR goodness than Lone Echo 2 delivers where it needs too, offering up an intense and emotional story, amazing presentation and levels of interaction that we don’t see enough of in VR..it’s just a little slow at times.

What would I pay? This is $40 US which is fine given just how much quality and game is in here and if you were a fan of the 1st game, this is essentially more of the same, so you’ll more than likely dig this one too.  If you haven’t played the 1st one and are intrigued by what you have seen from the sequel, nab the 1st one for a paltry $10 and see if it’s up your alley.