It’s time to unleash your swords…or whatever weapon of your choosing in this odd blending of historical recounting and fruit-ninja(esque) action.  You “play as a front-line warrior in the Three Kingdoms Period of China. With nothing to depend on but your swords and your courage, you must slash your way through hordes enemies and face off against the most distinguished of generals on your path to fame and glory.” 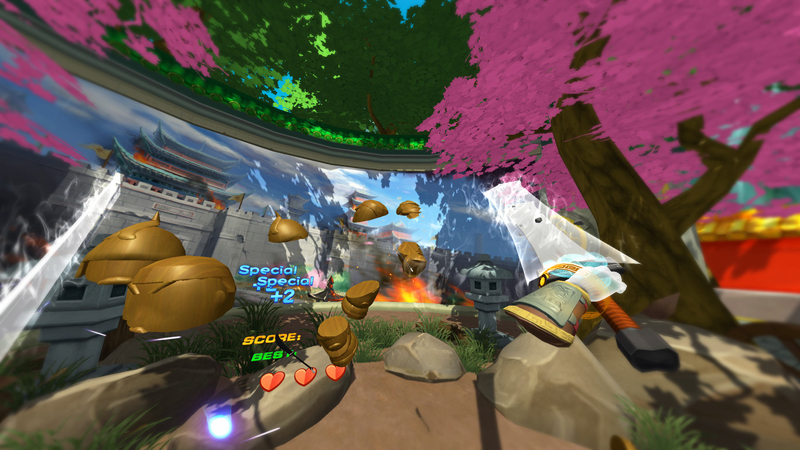 Armed with an assortment of unlockable weapons, you are tasked with dual wielding a weapon or weapons to dispatch incoming foes.  Those foes are small caricatures of classic Chinese warriors, small dolls if you will, that are launched at you from high and low in front of you and a little to the sides.  The key here is to slash them before they get to close to hurt you while chaining together combos that give you more points.  Additionally, you have special attacks, unlocked by playing through the campaign, that can save you in a dire situation.  Slow down, a lightning strike, a vampire ability or reinforcements assist you should you need them.  Completing levels and achievements give you loot which can be spent in the store to unlock random items such as new weapons, skins, armour and special attacks to be used in the campaign, boss attack mode or endless mode.  You can save up and buy specific weapons should the random unlocks not give out what you may be looking for.  There is a shield you can use to deflect incoming attacks, you can dual wield different sword types or use a few 2-handed spears, which not only slice and dice, but create a blade of energy that travels from the arc of your swing making these weapons feel fair when compared to dual wielding blades. 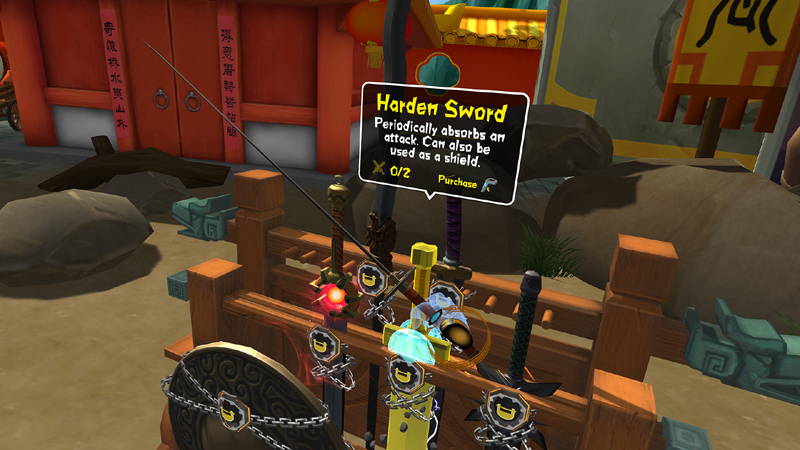 Kingdom of Blades looks crisp and clean thanks to it’s cartoonish visuals and the colorful palette used.  The weapons all look great and the variety between their appearance was appreciated.  The 6-stages all have their own theme with each looking like a diorama with paintings for backgrounds and some grass and obstacles in front of you from which the enemy comes.  The enemies and bosses reminded me of porcelain dolls, though these do carry more detail.  When you destroy any enemy, they turn into wood and fall to the ground in 2-pieces where they were sliced with the bosses having a little more detail, mostly thanks to them being representations of historical Chinese figures.  Overall, the game is very simplistic but does look pretty good, and even offers a camera mode where you can pose with your weapons or an assortment of outfits.  In between each stage are some short cut scenes that explain the events leading up to the next level/scenario.   Music peppers the action with sound effects matching the action accordingly. 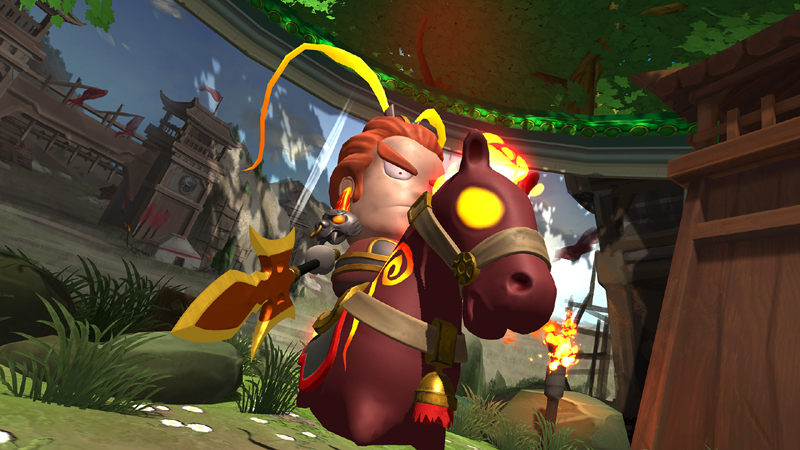 He’s tougher then he looks….ok, not really

Kingdom of Blades is simple game very akin to other swiping and slashing type games and because of this, the action gets old fast.  The assortment of weapons does little to alleviate that issue with almost every stage feeling the exact same at the last.  Before each stage a little educational blurb pops up that would be nice to read and maybe learn something about Chinese history, but they disappear so fast, I don’t think I ever finished reading a single one.  The cartoonish nature of the presentation and light touching-on of the historical recounting makes this an odd blend of fact and gaming that just feels off.  It’s not bad or offensive, but the histories are touched on so lightly as to almost be irrelevant.  When combined with monotonous action, the game just wears out it’s welcome.  It’s technically sound, just like the genres king, Fruit Ninja, but offers to little challenge to be engaging, except for the last 2 bosses, and unlocking more anything just to play through more of the same game just isn’t that appealing. 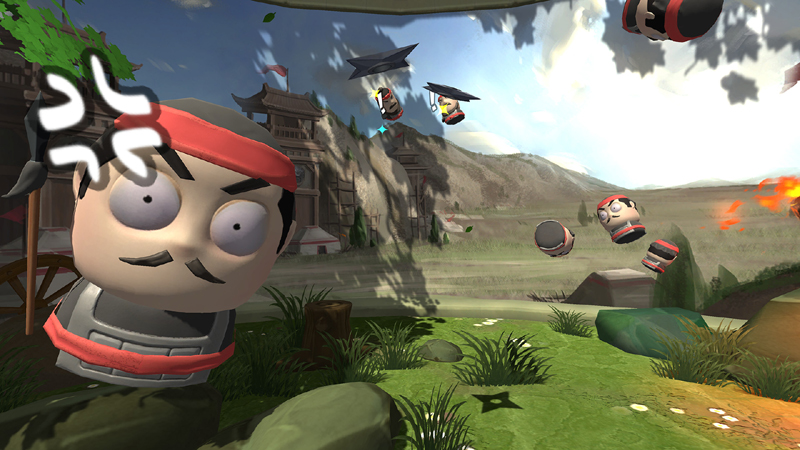 If they get this close, you’re gonna get hit!

I had my fun with Kingdom of Blades and by no means is it broken, it’s just to simple to sustain any long-term interest.  Slashing the little soldiers works next to flawlessly and the family-friendly look and feel of the game makes this a better introductory game to newbies to VR then for veterans looking for their next VR thrill.  Bottom line is this is better to demo for a few minutes then play through for the 2 hours, or so, it would take to beat the campaign.

What would I pay? For all the flaws I found with the game, I can’t deny the polish and quality that went into the mechanics and presentation.  If you are in the market for a Fruit Ninja clone with a campaign and few more weapons options, the $10 price on this is decent.  For everyone else though, this becomes a waggle-fest I feel most will lose interest after only a few stages of play.