As much as I love gaming in VR, and I really love gaming in VR, virtual world experiences have always intrigued me just a little more.  The idea of visiting real world places and viewing sights that would be otherwise impossible just tickles my brain in all the right places.  For reasons unknown, we have seen almost none of these types of experiences released for the PSVR which is just a crying shame.  Well, wipe those tears aside as we now have Everest VR; a mountain climbing simulation(of sorts) peppered with some historical facts and a few other VR centric moments. 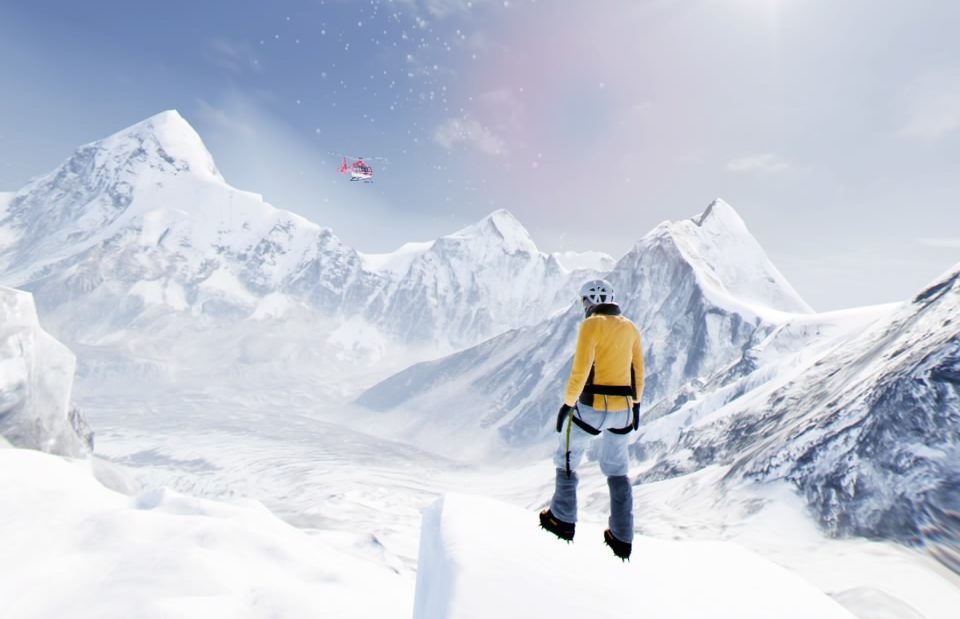 The main purpose of Everest VR is to take you through some highlight moments of the climb to the top of the world’s highest peak.  Initially you are given a brief tutorial of the controls, which are very simple, and than you are off to base camp.  This stage gives you some background on the traditions performed before the great climb.  From here you begin your ascent, play through a few climbing and walking stages before reaching the summit, I’ll cover these in a little more detail in a bit.  Each of the  5 stages uses a slightly different mechanic though basically, it just involves “walking”, reaching and grabbing.  DS4 assigns your hands the the left and right buttons and that’s how you interact with the environment.  Move offers a little more freedom and adds to the immersion, but given the content, it’s not a dramatic improvement.  Both control types offer teleportation and click turning as  the only method of moving, which is a large misstep.  A full locomotion system should have been in place here, especially considering that the areas you can actually move around in are very small…excluding God Mode.

Each stage offers a specific task, from crossing a crevasse, a harrowing climb up the side of the mountain or just listening on a conversation.  All these short moments are just small, pivotal moments in the journey to the top and therein lies the biggest flaw with Everest VR.  These moments, for the most part are just to short which is made worse by the teleportation mechanic.   When you are walking, you can just blast around the area you are in with reckless abandon, and when your guides are telling you to go slow and conserve you energy, the teleportation mechanic makes no sense. Excluding the wall climbing mission, the rest are all very short, giving you 1, very quick taste of something, before moving on to the next.  It would have been nice to have a little more to do during the playable moments. 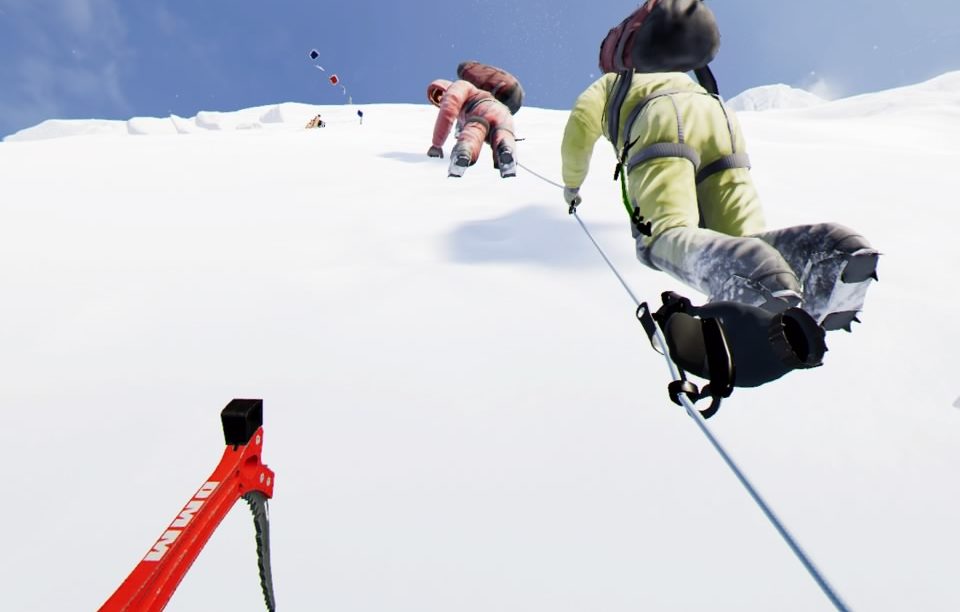 Gameplay aside, Everest VR has some great presentation, in fact certain moments have what  may be some of the best visuals I have ever seen in VR.  The playable levels offer beautiful views of the surrounding mountains and a gorgeous sky.  I was actually amazed at not only the visual clarity present, but the sense of distance and depth.  Some moments looked very realistic and I found myself, on more than 1 occasion, just taking in the view.  The visuals aren’t perfect by any stretch, character animations repeat themselves a lot, clipping is present as are a few more ocular foibles, but for the most part this looked really good.  Each stage opens up with cinematic view of the mountain before opening up to a 360 view which I thought was a nice way to announce the awesomeness of VR.

Your guide talks to you  throughout some of the levels and tells you what to do or what to expect from the the long trek upward, though I found him to be a little annoying.  Some orchestral and emotional music introduces each mission, exactly what you would expect from a Nat-GEo biography and fit the experience nicely.  Each opening cinematic in accompanied by a British narrator who details what the next chapter holds and gives some real world stories about why these specific points in the journey were chosen. 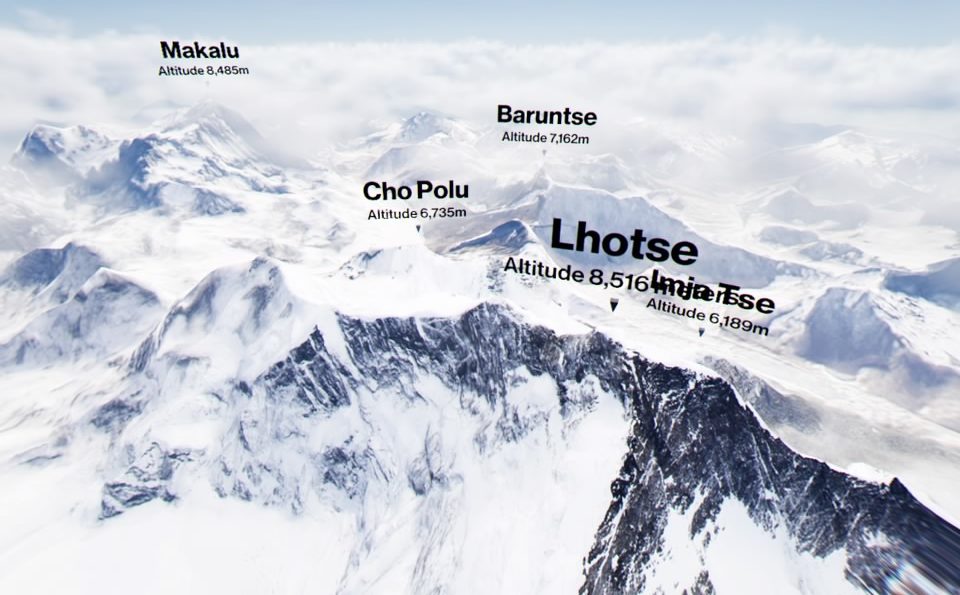 Once you complete the 5 stages, God Mode is unlocked and kind of cool…and kind of lame.   You are given a god’s eye view the Everest and the surrounding area and you can move almost anywhere in this area and change your height from human sized to 3000 times human size, changing up the view in cool ways.  The problem with this mode is that what looks good from afar is far from good up close.  The gorgeous campaign visuals are gone, and replaced with much more drab, and pixelated textures.  It’s cool to be able to navigate anywhere, but when all you get is low res textures upon closer examination, it loses it’s luster fast.  Of the 18 paths highlighted on the map, one carries some facts about the 1st successful attempt to scale Everest in 1953.  Following the path up the mountain and triggering these picture moments gives you some interesting insight at that specific climb and a few of these pictures are narrated as well.  I appreciated these too, but wished for more as there are only a handful of them available. 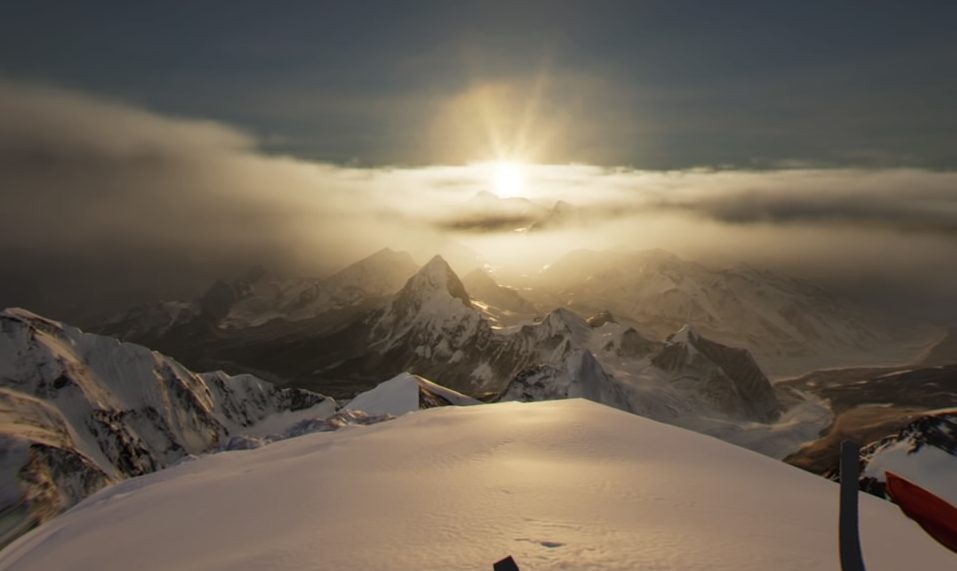 The view from the top is really breathtaking!

This really is the first of the kind of experiences we need in VR, I just wish there was more here.  On that note there is free DLC coming, but I’m not clear on when and what it will actually be, and as it stands now this just feels a tad shallow.  The visuals are amazing and I think if you a person who has fantasized about climbing Everest, than you may pull a little more from this than the average Joe.  For everyone else though, while this does have some slick highlight moments, I think it will leave many people feeling wanting.

What would I pay? I think for the right people $15 is a fair price.   With that said, I think $10 would just be more reasonable for what is currently available.  It has some highlights for sure, but could use a little more content.