Eclipse: Edge of Light was released all the way back in early 2017 exclusive to the Daydream headsets and has since seen release upon the PC and now PSVR platform.  The opening is a familiar one with a lone ship crash landing on a mysterious planet.  As the survivor of that crash it’s up too you to explore this strange planet and uncover its mysteries with the aid of a strange powerful object. 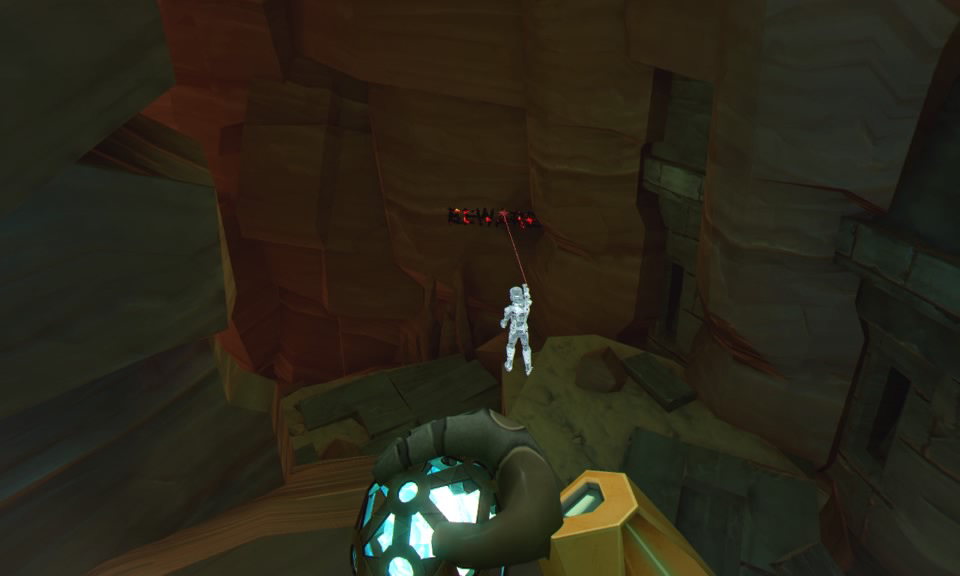 With the PSVR version only the DS4 is supported though it is tracked but should you play on the PC side of things, tracked motion controllers are supported.  I’m assuming this was done thanks in large part to the thumb sticks as the game utilizes them to navigate around the planet though it does feel odd to have only 1 arm mapped the tracked DS4. Comfort options include cluck turning and blinders for those who need them.  At the games onset you find an artifact that allows you to interact with the world around you either by simply throwing them at relics, breaking them to collect dust, or solving puzzles by activating switches.  That same device also has a sort of window mode that allows you to view hidden artifacts in certain areas as indicated by a special sound.  A jetpack on your back lets you fly short distances adding a fun platforming element to the game and recharges quite fast ensuring you aren’t waiting unnecessarily long in between jumps.  When mixed all together the 2-hour campaign keeps you on your toes with puzzles to bypass, enemy turrets to avoid and some fun platforming moments that work great in the headset.

As stated, this is an almost 3-year-old game built for a much less powerful headset and it shows in the simplicity in the environmental visuals and lacking effects.  That’s not to say it looks bad or small just maybe a little more basic then what we know the more powerful headsets are capable of.  Countering those visuals though are environments and levels that are massive in scale and quite a wonder to behold.  You’ll traverse through the remains of an ancient society and learn about its plight and why the Eclipse is so important to not just the past, but the present as well.  Much of the game takes place Inside those alien structures with some outdoor cliff sides and even a river ride to help mix up the action.  The draw distance is endless so matter where you walk, you feel as though you are lone being traversing a planet and at times it almost feels daunting. 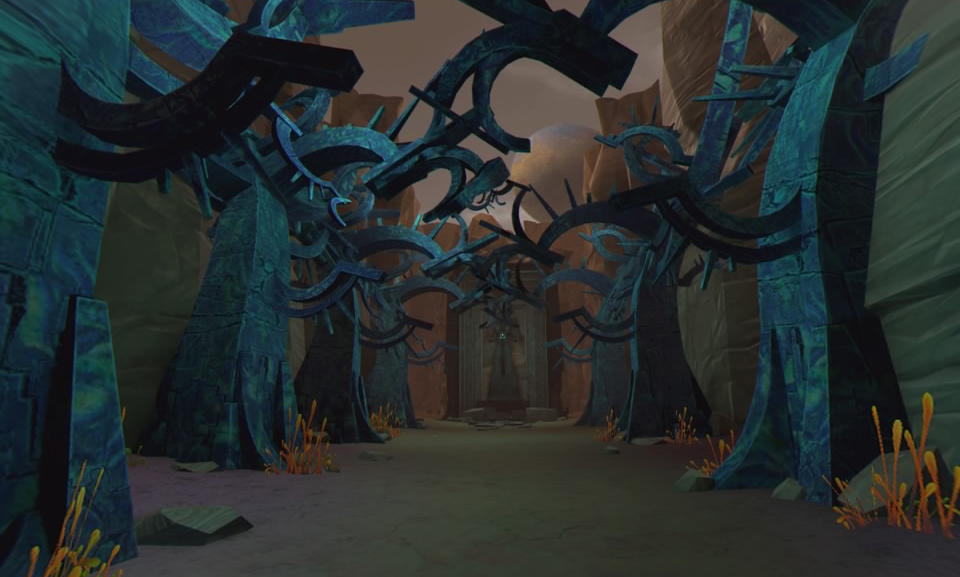 There are some very cool visual moments in here

Other then some context audio like when you throw or drop your magical little orb or laser blasts from those turrets, much of the game is played in silence save for the scurrying of your feet or the sounds of your jetpack.  Thankfully, that lonely silence is accompanied by one the best soundtracks I have heard in recent memory adding emotion to every scene, especially the more climactic ones and it makes it feel like a game much larger then it actually is and that’s a good thing.

In truth, this reminded me a lot of The Solus Project, minus the survival aspect, with some relatively simple puzzles and that sense that you alone and must uncover the secrets of the planet you have arrived upon.  Echoes of other media also pepper this game with a notable one being the TV show Lost as this not only echoes the shows broader mysteries but even includes an almost identical smoke monster.  Other mechanics thrown in here are a scanning option which is identical to the one in Farpoint, requiring you to scan 100% of an item before text Is revealed detailing events from the past.  Your artifact can be thrown at certain areas creating platforms and barriers to solve those platforming puzzles or just tossed at jars and other items which gives you dust which allows you to open doors and proceed through the campaign though really severs no other purposes then to artificially extend the gameplay. 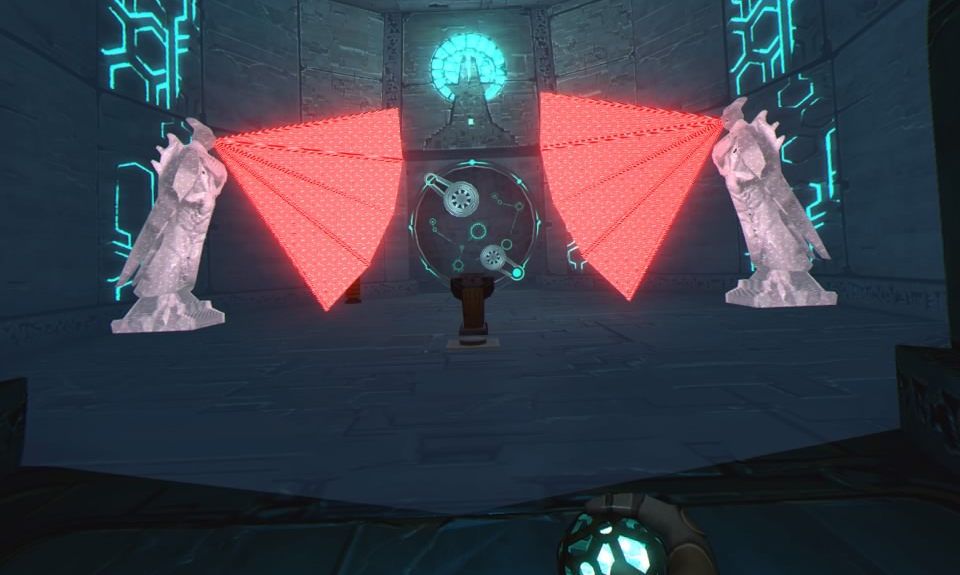 Many traps lie ahead of you

I enjoyed Eclipse as it does excel at almost everything it tries to do, and I can see why it was given so much praise upon it’s initial release.  Sure, we have seen better looking games with a more involved story or better fleshed out mechanics but as whole, it feels and plays much larger then a game built for the underpowered mobile headsets.  If you like a little mystery, platforming, science fiction and an intriguing story, all to a very epic soundtrack, then I don’t think Eclipse will disappoint no matter which headset you play this on.

What would I pay?  This is priced anywhere between $10 and $15 depending upon the platform and it’s definitely worth it even at the higher price range.  It’s a nice little slice of VR and a wonderful story to play through in 1 extended VR session.

White Elk provided The VR Grid with a press code for this title and, regardless of this review, we thank them for that!