Cliffstone Manor is THE escape room game to get. Taking around 3-4 hours to complete, Cliffstone Manor slowly ramps up the difficulty, until you are really scratching your head. Other than a few minor technical issues, this game shines for those ready to take on the challenge. 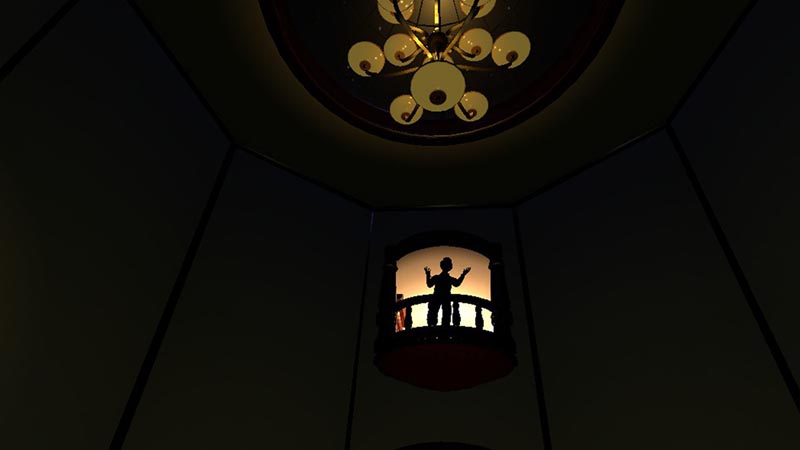 Hello, I’ll be your host for this evening

Upon starting Cliffstone Manor, you are greeted by a silhouette of a man, who challenges you to solve his puzzles to join him in whatever adventures he is going on. The first room is the beginners room, where you get acquainted with the controls and the types of puzzles you may encounter. Controls are fairly simple: one hand controls teleportation (no trackpad or thumbstick movement) and the other hand can pick select objects up.

Teleportation is briefly explained as to not be immersion breaking, but with teleportation a real issue arises. Cliffstone Manor has no option to snap 45 or 90 degrees left and right, so all turning must be done by your body. While not game breaking by any means, players need to watch out for occlusion of controllers from their sensors, and also be wary of tangling themselves up in their cords (except for those brave few with wireless solutions already!). I repeatedly found myself tangled in my cords, and without the option to point which way you will face after teleportation, I had a few instances where I had to do some tricky maneuvering around the room in order to be facing the right direction. For some, this will be less or more of an issue, so if this sounds problematic to you, definitely take that into consideration when you purchase. Hopefully this is an issue that can be fixed in an update. 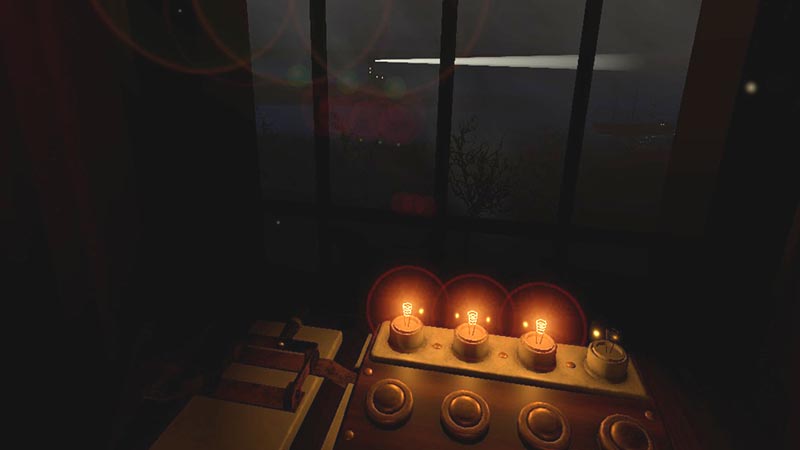 I love the puzzles here, especially the ones involving that lighthouse!

The puzzles in found here live up to the escape room expectations. I hit switches, memorized patterns, and watched for different lights throughout the hefty number of problems I had to solve. I found myself stumped on a few occasions, only to comb the room over again to find what I was missing. None of the solutions felt cheap, and all of the puzzles left me feeling satisfied when I had finished them. I almost felt as if I was younger, playing Resident Evil again solving all the puzzles throughout the mansion. The puzzle with the lighthouse especially made me feel particularly observant and made me feel like a genius.

Visually, Cliffstone Manor is on par with what we’ve come to expect. All of the objects you interact with look good, but aren’t over stylized. If you’re looking for cutting edge graphics, you won’t find them here, but in the middle of trying to solve a tough puzzle, you won’t be thinking about the graphics in the slightest. The graphics serve the gameplay well, nothing is distracting, and nothing stands out to make you think it might be a clue to solving a puzzle when it really isn’t. The music in the game is sparse. When music does appear it sets the mood, but for the most part you will be listening to the different bits of puzzles, and an ever present ticking clock that is in one of the main rooms, pushing you forward to keep looking for the answer to your current puzzle. 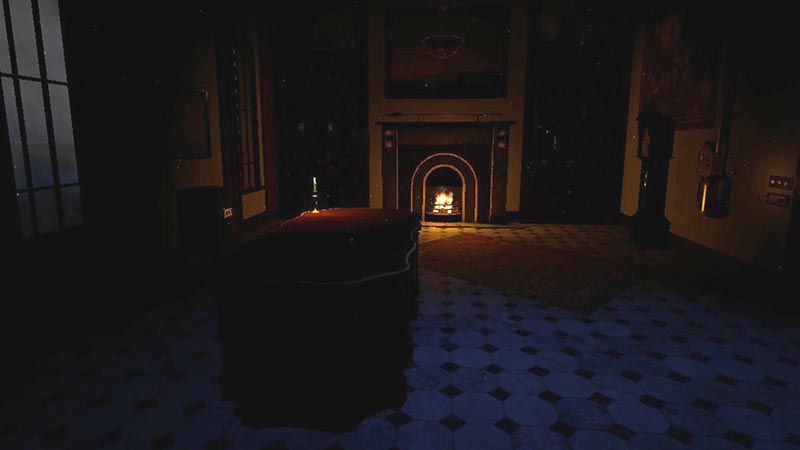 The stages carry a great amount of detail

Good escape room games utilize the best of what VR has to offer. They put you in someplace new, and have you explore the environment to solve puzzles.  Cliffstone Manor does this perfectly. I will be the first to admit, I am not a huge escape room game fan, mostly because I do not have tolerance for puzzles containing solutions so obscure you can only solve them through guesswork toeing luck. Cliffstone Manor solves all my problems with escape room games. Nothing feels shoehorned in, and whenever I was stumped, I took a step back and viewed my problem in a different light whereupon the solution presented itself. I didn’t solve any of the puzzles by spamming the interact button, which is how I have beaten a few other escape room type games. I also noticed, on Steam in the discussions, the devs had a discussion post where they were giving hints to players who were stuck. So, if you get stuck, head there if you want to progress and don’t mind a soft cheat.

What would I pay? If you are a fan of this genre, you should definitely pick this up for the $11 asking price! Typical of the genre, there is little replay value, but it is fun to try to speedrun the game, and it would be worth an extra playthrough watching a friend try to solve the puzzles.

Sprocket Crash Games provided  The VR Grid with a review code for this game and, regardless of this review, we thank them for that!