Cargo Cult is a fun bullet-hell shooting game, where you ride a steampunk flying pirate ship through the rainforest, blasting countless enemies with a chaingun and shotgun. While I enjoyed my time playing, this game succeeds in delivering only the bare minimum.

Split into three levels, with a unique and intimidating boss at the end of each, you must blast away a variety of enemies, who will kill you every chance they get. You’re also given a shield due to an onslaught of bullets, but this doesn’t always help; Cargo Cult is extremely difficult and unforgiving, requiring skill while also rewarding it. However, your weapons feel like styrofoam pea shooters, resulting in unsatisfying combat. 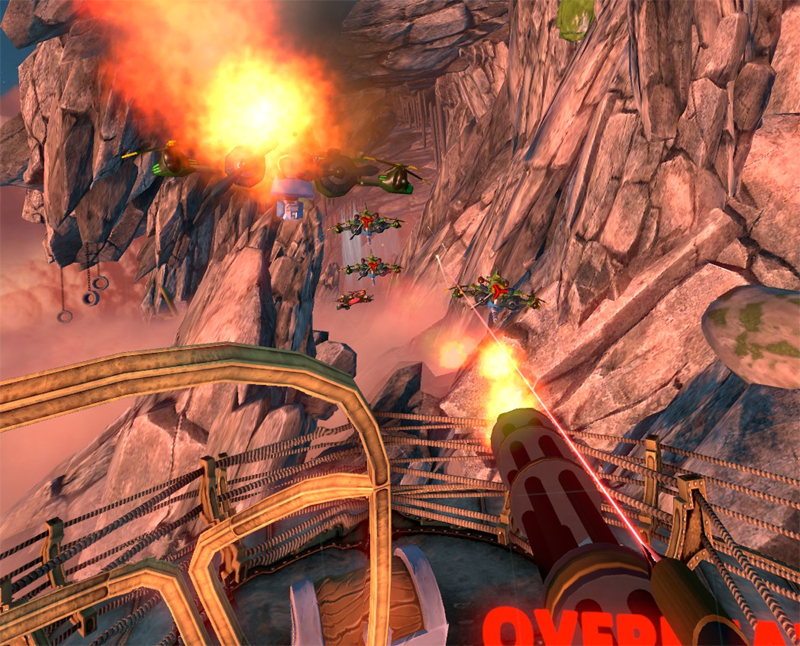 Being met with an onslaught of drones while your gun is overheated starts out exciting, but soon grows

Shooting enemies, random objects, and innocent gorillas racks up money, which can be spent on upgrades at the end of each level. While the attempt is there, a rocket launcher and laser sight are your only meaningful upgrades. Others are just damage, cooldown, and accuracy enhancements for your chaingun. Despite being part of its name, these upgrades are the closest thing in Cargo Cult to a “loot” system.

Cargo Cult’s length is its biggest shortcoming. Beating the game three times, and dying a lot, I only have 62 minutes logged. The third playthrough, not dying once, only took 18 minutes. Although the bare-bones upgrade system gives a bit of replayability, the game never changes. The map, enemies, and upgrades are all scripted over a campaign that lasts a half hour or less.

The game runs well, thanks to its moderately attractive, yet cartoony graphics. There’s no user interface to speak of, though- your only options are to play, and to upgrade your weapons. Although I couldn’t have asked for much more in a game as simple as this, the lack of professional polish in its interface makes it feel like a cheap mobile game. 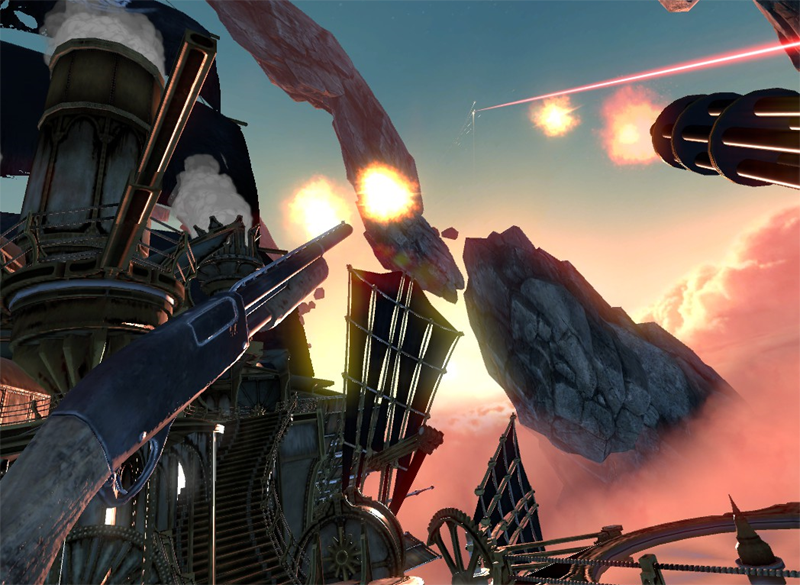 Although I love the game’s atmospheric theme, this is just about the only unique thing it has

What would I pay for it? Cargo Cult isn’t bad by any means, it just doesn’t do anything special or innovative. It’s bland, unoriginal, and way too short. I certainly had fun at times, but nothing you’ll see here isn’t already present in countless other shooters. This is why Cargo Cult’s $15 price is its deal-breaker. It’s a decently fun, but ultimately forgettable way to kill an hour, only succeeding with generic shooter tropes. It’s not terrible, but buying Cargo Cult for more than $5 would be a mistake.