Zombie Grenades Practice… sometimes it’s all in the name and this title pretty much explains exactly what this game is about. Throwing different type of grenades at zombies, in VR, sounds like a good old time, and it is, but only for a very short while.  Watching the trailer for this game, you can see that this has a lot of work on the visual side of things with a well done semi-realistic look, spooky looking zombies and some nice scenarios. I enjoyed the audio as well with really cool sounds effects matching with a perfectly fitting heavy-metal soundtrack which does a solid job of getting me pumped up…for a few minutes anyways. 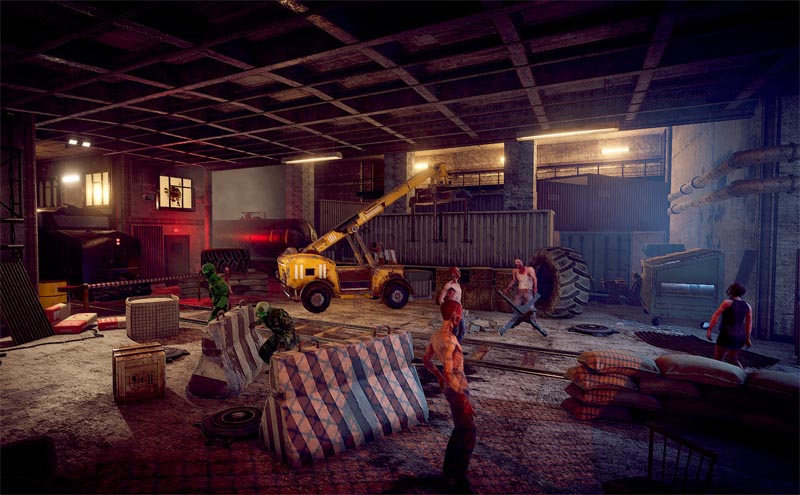 The environments are fun

The hype created when I first started playing quickly vanished as soon as, after relaunching the game about 3 times to avoid crashes or frame drops, I realized just how horrible the positioning of my virtual world hands is.  The models are not accurately placed to how you hold the controllers in real life, and to some people the discontinuity between the game and what you do in real life creates a lot of confusion.  Even though the controls are easy to understand, I had many issues while throwing grenades. After you pick one up it feels like it’s 20 cm in front of your hand, another disorientating issue and on multiple occasions, instead of detaching the pin with my left hand I ended up just grabbing the entire grenade and subsequently dropping it to the ground.

In some maps there are objects you can interact with, but it can be difficult to do that as the inventory that displays your remaining grenades is always in front of where you look, and there is no option to move it, causing me to act like a contortionist to grab random objects or press buttons around the map. The player can move around with a standard teleport by holding the touchpad with a small cooldown in-between actions. The developers also implemented the option of turning the play area by pressing the sides of the touchpads, a function I never used because I think it kills the game immersion, but for those that get sim sick, the devs have your back. 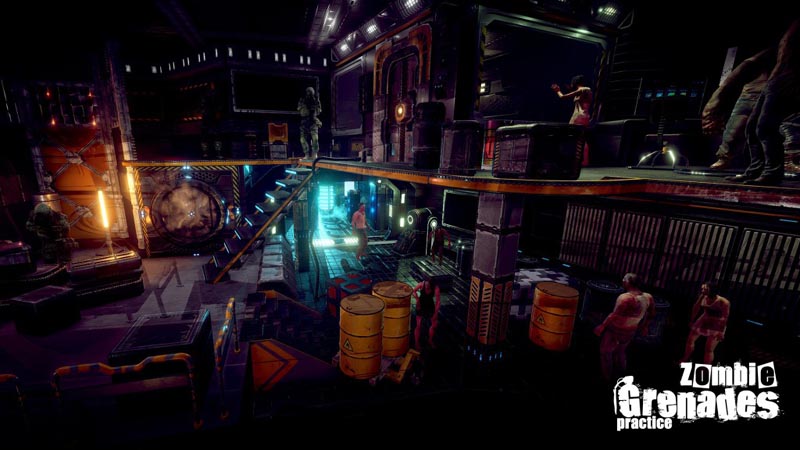 Nearly every level has its own types of grenades, and the mechanics are fairly original and satisfying to master. You have access to normal grenades that explode after a predetermined amount of time, some that detonate as soon as they touch a solid object, and other types bounce 4 times before exploding. There are also remote-controlled and UV special ones. One level even gives you only stones you can throw onto landmines scattered around the map.

The main problem with these features is that you practically use every type of grenade only once at its full potential. This takes me to another bad point, the amount of levels. There are only 15 available levels in this game. If you don’t care about how well you complete a level and do not replay each map until you get a perfect score, you can finish the game in less than an hour, and with the absence of a level editor or custom content, it’s quite lacking. I think they should have at least doubled the amount of levels, with maybe some more focused on mastering a certain skill. 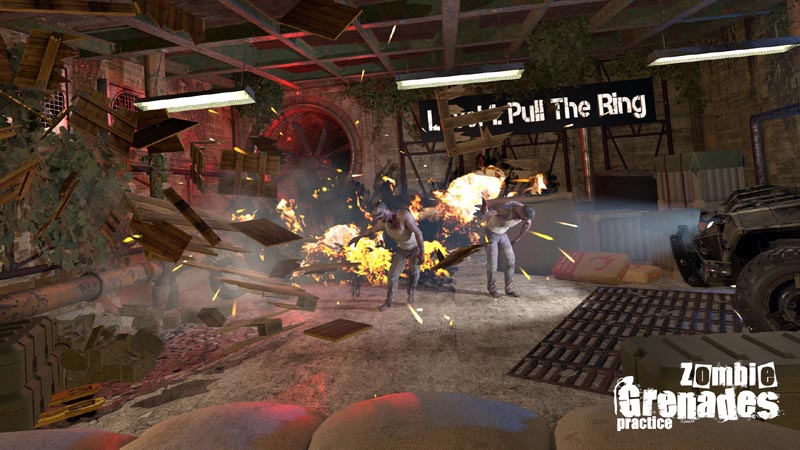 You’ll see one or 2 explosions during the game

After completing it I also realized that the achievements on steam are not working, because I had none unlocked, and I’m pretty sure I completed stuff like; Kill a zombie and Find a collectible item.  Overall, even if the graphics are really nice, as well as the audio, it feels like Zombie Grenades Practice is lacking something, feeling  too “casual” and not polished, especially regarding the controls.

What would I pay? I think that the game is currently overpriced, considering how much time it takes to finish the game without aiming at the perfection in each level. I could be tempted to buy it at 4.99 because of the nice presentation, but not more than that. I think it would be worth the current price only if all the problems I’ve explained in this review were fixed, if there were more than 15 levels and maybe even a support for a map editor, to allow users to create custom levels.

ARVI LLC Provided The VR GRid with a review code for this title and, regardless of this review, we thank them for that!