Book to video game adaptations are very rare without the book becoming a film first. The Way of Kings: Escape the Shattered Plains is a game that is a “short interactive narrative adaptation of Brandon Sanderson’s best selling fantasy novel The Way of Kings.” I am not familiar with Brandon Sanderson’s work, but doing a little research I can see he is well respected, and this is something fans are excited about. 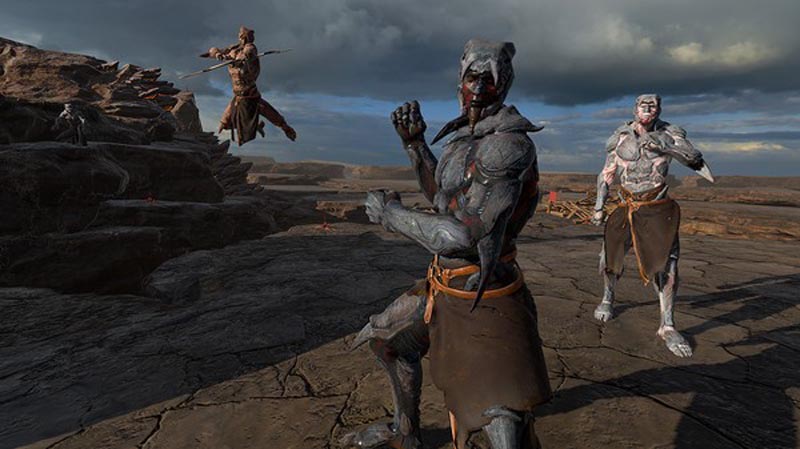 The game starts out with you at the edge of an ocean in the dark with wind whipping around you. Then, cut to black. You are awoken by a fairy-like creature (called a spren) named Syl who is to be your guide. You gain some powers, meet a creature, practice fighting, and then put your skills to the test. Then the experience ends. This takes about 20 minutes to complete, maybe a little more if you stopped to look at the scenery. The trailer for the game, shows everything you will do, so if that looks interesting, you may be pull a little more out of this experience.  The combat is alright, though nothing to new and unfortunately it is only teleportation as a movement option, which was disappointing.

Graphically the game looks pretty darn good. Some later enemies are well modelled, and the few creatures you encounter are startlingly realistic. One enemy in particular gave me quite a jump when it arrived, I was looking right near where it was when it appeared, and I almost ripped the headset off in a state of surprise, which is rare for me! The music is nice as well and felt fitting for a fantasy realm.

My biggest problem though, was that for as good graphically as the game was, I continually ran in to framerate issues. I spent about 30 minutes tweaking my system to try to get the last bit of performance out of it. I don’t know if it’s an optimization thing or what, but eventually I got it working ok, but when multiple enemies appeared on screen, my system really had trouble keeping up, which was disappointing as I’m able to play other games with no strain at all. 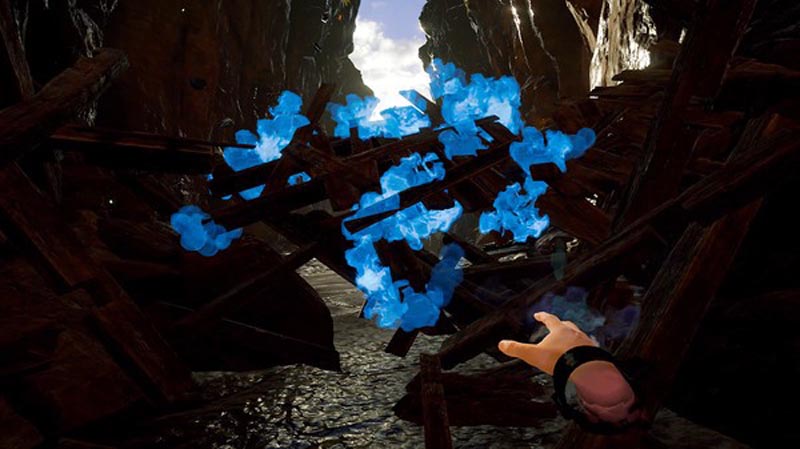 It is difficult to fully judge this without knowledge of the world in which the player is placed however. For fans of the series on which this is based, this may be one of the best experiences ever. For someone unaware of the books and lore however, this may not quite register like intended. There is a good underlying experience, but not much happens, and we are past the stage of VR where every experience feels unique. I wanted The Way of Kings: Escape the Shattered Plains to break new grounds. There is a segment where the camera shifts and you walk on a wall, which was neat, but it only lasted maybe 20 seconds. There are some interesting ideas here but for the majority of people who haven’t had contact with the lore, this is not something I would pick up unless you are craving any VR fantasy experience you can get your hands on.

What would I pay? I wouldn’t pay no more than $2 for this experience. That being said, if I was a crazed fan of the books, I could maybe justify $5 if you really wanted to see the fantasy world that you love. People who have read the books will most likely enjoy this experience much more than those who haven’t. The current pricetag of $10.99 is way too high. I’m assuming it’s due to the need to pay for the rights to the books, but devs listen to me here: you will make so much more money through sale of people being curious at a lower price. You will sell double the units if you sell at $5. No one will blind buy a very short experience for $10. It’s unfortunate, but it’s not going to happen.

Arcturus Studios provided The VR Grid with  a review code for this title and, regardless of this review, we thank them for that!