Thumper. Is. Awesome.  This is some of the most of fun I’ve had virtual reality.  Available only through the PlayStation Store for around $27 this is a must play in the pantheon of VR content.  Self-described as a “Rhythm Hell” game; it is challenging, rewarding and one the best games I have played and will have you clamoring for more.

Starting off this game threw me off as it started in theatre mode but with a quick press of a button and selecting VR mode the world that appeared around me was awesome.  You are a silver beetle of some type required to race down a linear track while hitting prompts along the track to add a little beat to the music being played around you.  The atmosphere here is what elevates this game to glorious heights as it is way more on the darker side, not typical of the genre. 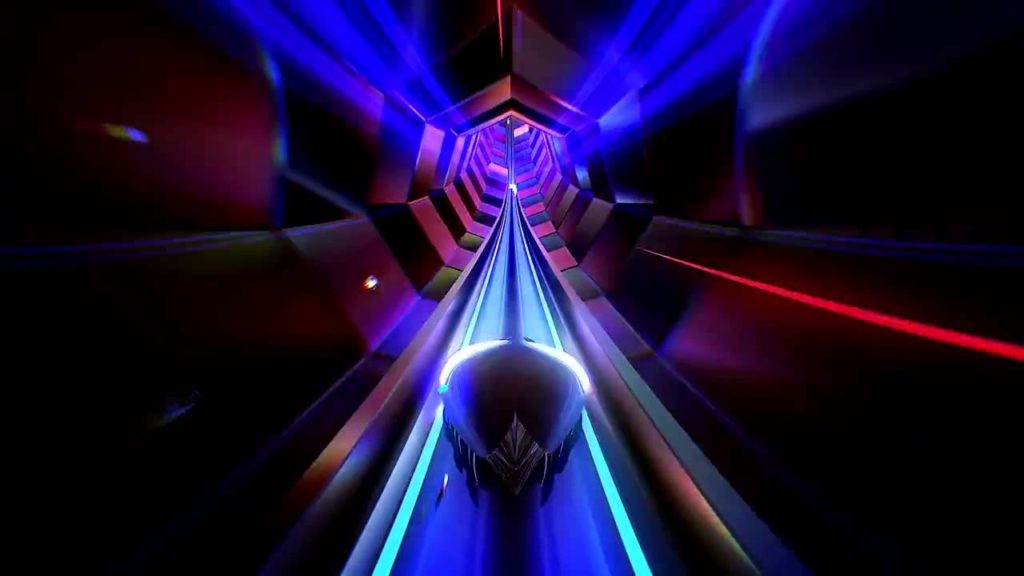 This game is mesmerizing and visuals never let up…ever!!!

Mesmerizing is the most apt word to describe what lays before you.  Shapes and colors fly past in you in insane fashion while the path ahead of you winds and twists giving just enough time to get through the more harrowing sections.  I really can’t do the visuals in this game justice, they need to be seen to be experienced.   The sound track fits the game perfectly and once you advance to the later stages (16 in total) you are integral part to the sound around you.  Once again, it has to be heard, I can’t do it justice with words.

The name of the game is simple enough, hit the prompts which take place in the form of bright spots on the track or turns or a few other surprises.  Every time you perform the required action not only gets you closer to a perfect score but also adds to the music so while missed queues don’t detract from the audio, hit queues add to it.  The stages are broken up into chapters so if you quit you can start off at the last chapter you were at and at the end of each stage is a boss battle which ramps ups the difficulty.  The learning curve is slow, introducing new mechanics 1 at a time and giving you plenty of time to adapt it to your repertoire.  Don’t be fooled by the initial lack of difficulty though as this does deliver intense fast paced challenges in the later levels that will have you hitting buttons in the nick of time more often than not. 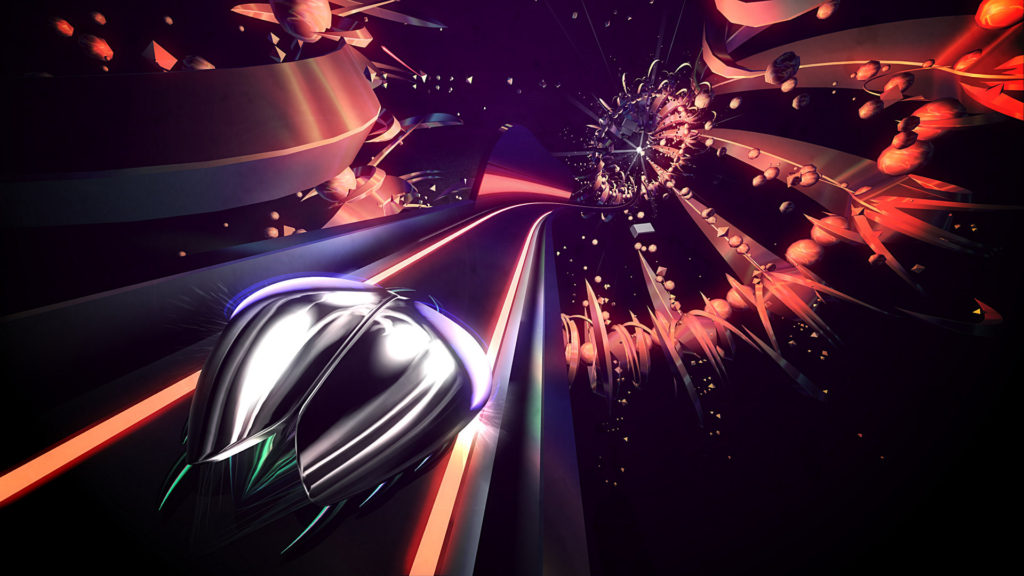 This is some of the most satisfying gameplay I’ve experienced and the pacing is perfect, while initial levels are not that difficult, they are never dull and as you advance the difficulty increases, but death never feels like games fault.  Every time I died I blamed myself and couldn’t wait to get back in a try again and getting that perfect score began to consume me as well, and hearing the added audio from a perfect run makes the soundtrack even more intense.  All that said each stage has considerable length which have you wanting to take a break and rest your senses.  The vibe of this game is not light hearted, the sound and visuals are menacing and will have you on the edge of your seat but the satisfaction at not only beating levels, but getting a perfect grade will keep you playing long past your bedtime.

What would I pay? $20…easily.  This is one of the best gaming experiences I’ve had in VR and a must own if you own a headset