In 2002, Tetsuya Mizuguchi and his team at United Game Artists unleashed their brand-new musical shooter, Rez, to a small but thirsty audience here in the States.  The Dreamcast had all but died by this time and, despite UGA being an internal game studio of Sega, only the PS2 version was released here.  The premise is quite simple, really; it’s a shooter in the vein of Space Harrier, except when you land your shots, musical notes are produced.  Still with me?  Good.   There are five levels, and each level is broken into 10 waves.  Each wave brings a background layer of musical accompaniment with it, and by the time you get to the boss waiting for you at the end of each level, you’ll have a full 10- layer soundtrack as your auditory guide. 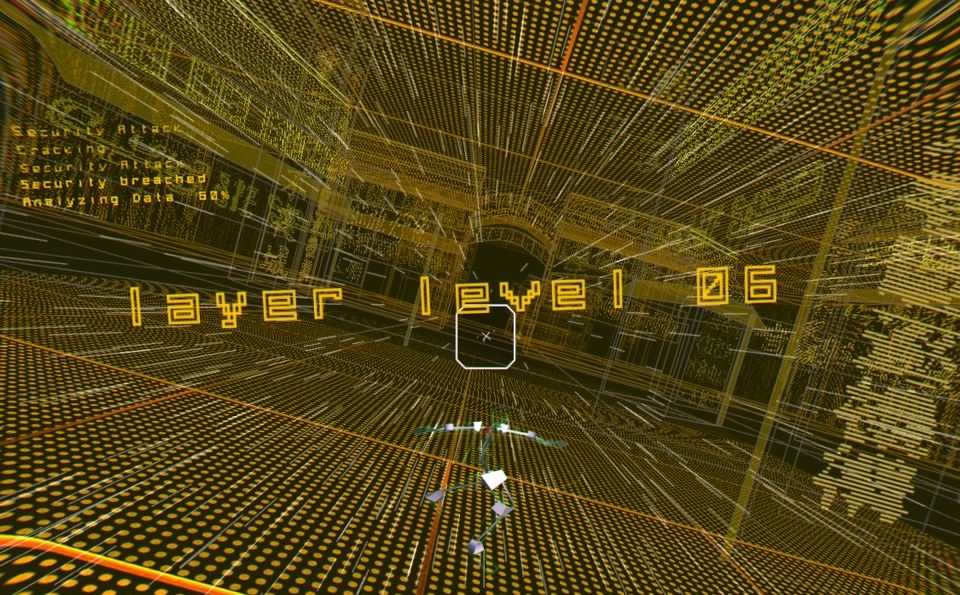 The layer transitions are quite stunning in 3D

A few years later, Mizuguchi remastered the game in full HD for the XBOX 360.  PlayStation gamers were left in the dust, although they did get a port of the great spiritual sequel in Child of Eden.  Well, the wait for Rez on a PlayStation console again is over. Not only do you have the best ever version of the game, you have the ability to play every moment in VR. How does it fare?  Read on, friends…

Let’s get down to brass tacks here: It’s great.  Upon booting up the VR mode, I selected the first area, and soon after, my little wireframe avatar dude was floating through cyberspace, the early Tron-like background visuals thumping and breathing along with the beat.  This is absolutely Rez, but with the added magic of head tracking.  If you didn’t like its brand of on-rails action before, there isn’t anything here that will change your mind. For the rest of us, old fans and newcomers alike, the addition of VR is a great use of the PSVR tech, and is easily among the best titles available for the platform.

The ability to aim at your enemies simply by looking at them is awesome.  (Remember that scene in the film Blue Thunder where he moved the helmet, and the minigun tracked along with it?  No? Oh…well I saw it when I was 7 and I thought it was awesome.  Now I get to Blue Thunder in Tron land. Again, awesome.)   The addition of head aiming is so natural that it really adds to the games stated goal of getting you to ‘synesthesia.’   Look, repeat x8, fire. You can also aim using the left stick on the Dual Shock, but I find that moving the reticle that way knocks my view off center. Maybe it’s just me, but I found it disorienting when attempting to play a more traditional style in VR.  Move support is there, and kind of cool, but ultimately gimmicky, in my opinion. Head tracking is the way to go, and it makes playing through Rez feel more fluid, and by extension, a little easier to get through.  I had absolutely zero issues with any hardware tracking my movement.

The visual style, as mentioned, is like the original Tron film. Enemies made of flat-shaded polygons and wireframes, with backgrounds adding the occasional texture. It’s a very distinct art style, and it’s never looked better. Rez VR on the Pro is crystal clear. Honestly, I haven’t even tried it on my television. The VR version looks great, and runs silky smooth. 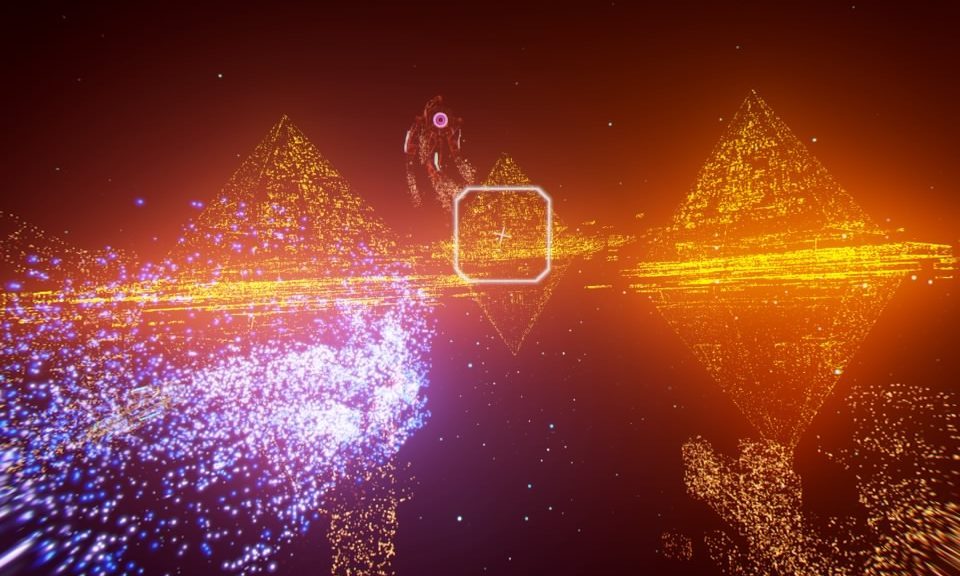 The game isn’t too terribly difficult, and the game can be completed in an hour or two.  There are plenty of modes to keep you interested beyond that, however.  Boss rush and score attack modes are present, as well as unlockables like filters and avatars. The real star of the show, however, is Area X.  It’s a new level that feels sort of like the beginnings of a sequel.  The graphics are definitely more advanced, with tiny little illuminated particles being thrown around at every turn.  The ability to control player movement is a revelation. Speeding up to the top of a level, finding your mark, then rushing down toward it was an unexpected thrill. I hope we see more in an update or full sequel. Although there’s only a few hours worth of content here, Rez is a classic and this is the best version yet.

How much would I pay?  Being a 15 year old game, $30 would seem a bit steep but the addition of VR and the cool Area X definitely justifies the extra expense. $30 is about the right price point for Rez.