So here we are again, yet another movie tie in that brings you closer to the titular movie and the events within.  Passengers was a big budget film that came out last year starring Chris Pratt, Jennifer Lawrence and Michael Sheen and was a personal let down for myself and underperformed at the box office as well.  So nothing screams great movie-tie in like a VR game released 6 months after the theatrical release and 2 months after the home release and lasts ¼ of the original run time.  Is my sarcasm coming through yet? 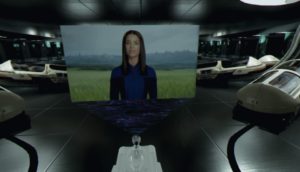 The game does an alright job of recreating moments from the movie. Wakey wakey!

Utilizing 1 move controller, you control an engineer woken up on a space shuttle bound for a planet light years away.  Right away Chris Pratt starts talking to you and he needs your help.  From than on you are given rudimentary tasks like opening doors, turning gears and pick stuff up/putting stuff down.  It’s your mission to help save the ship before it breaks…or something, it’s inconsequential.  Your multi-tool allows you to solve the different types of puzzles thrown at you and re-creates some of the more memorable moments from the movie.

The visuals are sub bar.  Nothing looks bad, but nothing stands out as anything other than forgettable.  Even the climactic *spoiler alert* spacewalk looks like a washed-out mess, ruining any sense of wonder that you should be feeling.  The audio does fair better mainly due to Pratt and Sheen reprising their roles, but almost everything else is forgettable.

Unfortunately, the puzzles are grade-school simple, the “story” can be beaten in a half hour or so and offers up no reason to revisit it once beaten. What you are left with is a highlight reel from the movies pivotal events all brought to you some basic environmental interactions and a bare bones plot.  It does a better job than ‘The Martian VR Experience’ but just barely. 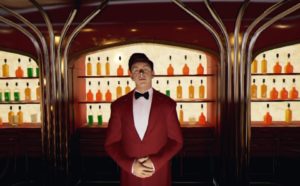 Oh my gawd! It’s the guy from the movie! Eeeeeeeeeee!!!!

Experiences like this could be great way to promote a movie or show, but unfortunately, when you tack on a price tag, these experiences drastically lose their value and, more often than not, leave a bad impression for the original product and a bad taste in the mouths of the VR consumer.  Is there fun here, a little, but its mostly of the free demo variety…pass.

What would I pay?  $2.  It’s a cohesive plot that recreates moments from the movie and it’s not terrible.  It’s just not good and soooooo not worth $10.  That price is nuts!