Local VR multiplayer games aren’t my favorite type of VR experience.  Don’t get me wrong, I’ve had a ton of fun in co-op games like Black Hat Cooperative & Covert but I have found the ones where you face off against each other  to be lacking as more often than not, the VR user has the better time.  Enter Panoptic, a hide-and-seek game where the VR player takes on the role of the Overseer, a powerful being who has enslaved the populace to tend to his sources of energy. The non-VR player assumes the role of the Challenger, a usurper with plans to bring about the Overseers demise.  What ensues is a game of cat and mouse where the challenger must evade the eye of The Overseer and his minions by trying to blend in with the other enslaved people and destroy the orbs that power the bad guy.

The Overseer is not to be messed with!

As the massive overseer, you can freely move around the center of the environment, scouring all corners though if space is restricted or you are sitting, you can press buttons on your controllers to drag yourself around stage and turn.  Each of the 7 levels has you at its center and must look 360 degrees around you to find the challenger.  You have a handy dandy laser blast that needs a few seconds to focus and should you hit any of the peons or the challenger they will be instantly killed with more peons always appearing so if your thinking you can just kill them all to weed out the challenger, that’s not really an option.  As the maps are large, it can be very easy to lose track of the challenger with the Overseers 2nd ability allowing for a view of the Challenger’s path, as represented by some smoke.  This may sound very cheap, but it only indicates very roughly where the challenger has been recently and is more of tool to make sure the Overseer isn’t completely lost as without it, it would be near impossible to find the Challenger as the levels have many path choices.  As the Challenger, you need a gamepad or keyboard & mouse, and you’ll control in typical 1st person fashion.  You move at the same speed as all the other peons around and you look identical to them as well so blending in is relatively easy, especially when there is crowd.  Depending upon the environment, you may have to look out for watchers, minions of The Overseer, who are on the lookout for you so you need to avoid them if you can though sometimes that can be tricky and in those tougher spots, you can also blend in with nearby workers by performing the same actions as them with a press of a button.  There is no map or HUD to speak of and the scale of the maps is large enough that getting lost can happen easily so to keep your bearings, if you stop walking, an icon will pop up indicating where the nearest orb is to help ensure you stay on task.  There is anywhere between 1 and 3 orbs in a stage and should you find one side having to easy of a time, there are options to affect either player like limiting how many peons The Overseer can kill, the charge time of the laser, changing the amount of watchers in a stage and whether those watchers can move or remain stationary.  Whichever side you play as, both offer up a lot of fun and challenge but will take some time to master, especially on The Challenger side as the maze-like maps can be tough to navigate. 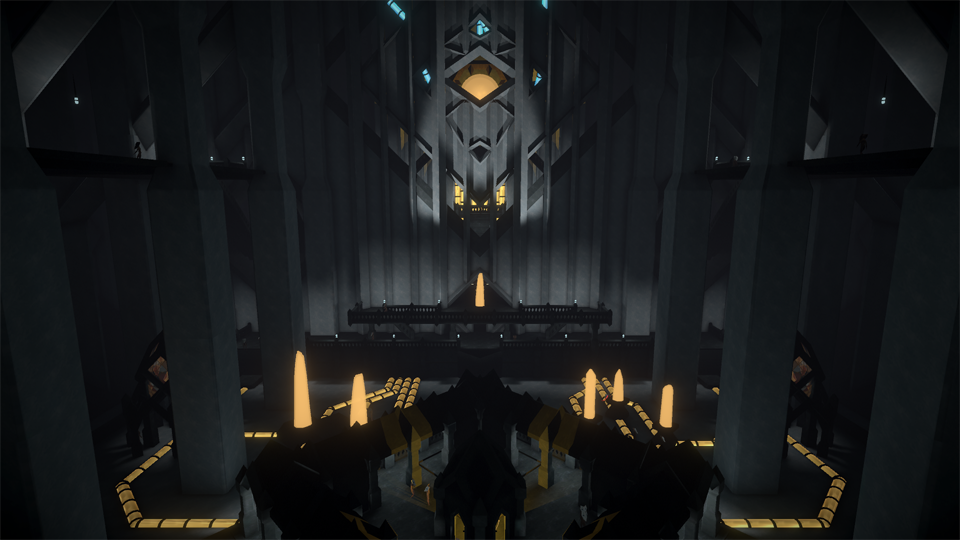 The stages are all unique!

Panoptic opts for a darker art-style and look great no matter which character you play as, though I really appreciated the diorama type view of the Overseer, who looks like a huge black shield with a large diamond eye,  over the much smaller view of the tiny Challenger who wheres a large white mask on a simple geometric black body with arms and legs.  Each of the stages is very different from the others with unique layouts that contain areas that offer protection from the Overseer be it glass barriers, crystal tunnels or passageways out of The Overseers line of sight while other areas will leave The challenger exposed like conveyor belts with peons on them and Watchers standing guard nearby or long bridges that offer very little cover.  Some stages favor one player over the other, but I never felt like one side had a massive advantage.  You’ll visit a medieval looking factory, mines, catacombs and other large structures that make each stage look and feel very unique.  Lighting Effects are on point which look impressive on the VR side but are much more apparent on the flat end of things as the Overseers vision acts like a giant orange spotlight casting shadows wherever it goes.  It might not be a technical marvel, but Panoptic looks fantastic no matter how you play it.

There’s not a lot to talk about audio wise with the Overseers powers providing a bulk of the audio though as the Challenger, hearing that laser focusing before a blast is always a tense moment.  There is some instrumental music that plays during the stages that fits the games theme quite nicely adding to the tension on both players sides. All the other sound effects in here are really on point adding to the polish that pervades this game.

There really isn’t too much to complain about in Panoptic as I found the game on either side to be fairly balanced.  Playing as the all-powerful Overseer is great fun, especially when each level starts both characters facing each other before allowing the Challenger to proceed.  That feeling of finding and murdering that little peon is a very satisfying but the longer a match lasts, the more panic begins to set in as The Challenger gets ever closer to those energy orbs.  The same can be said for The Challenger as it can be very easy to evade The Overseer, but should you be spotted then death could be mere seconds away adding a wonderful sense of tension to either player.  There is a learning curve to both players and playing through the stages the 1st few times on either side can be disorienting until you learn the paths needed to get to those orbs.  My one real gripe would be when playing as The Overseer and moving into the environment.  When this happens your screen just goes white but on a few occasions, I had been using the controllers to move around the environment so when I accidentally moved too far, it was hard to determine where to move myself to correct this, breaking the gameplay and allowing The Challenger the freedom to do what he or she liked.  It’s a minor issue and doesn’t really happen at all if you play using room-scale but it’s one that did pop up if I played sitting. 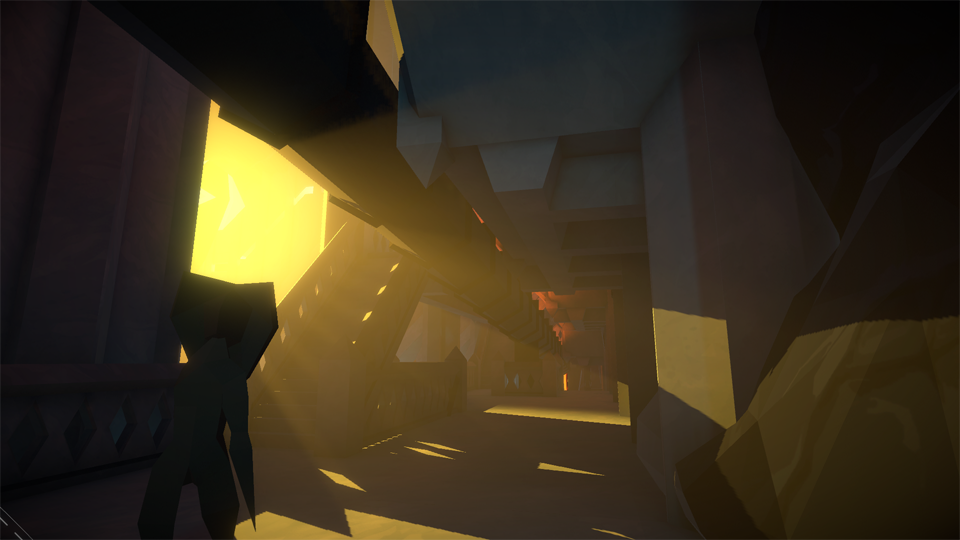 Stay out of the light!

I really, really dig this game as it’s a relatively simple concept that gets competitive local play right!  Playing as either character offers up a completely different way to play this game and no matter which you might prefer, both offer a lot of intense fun.  Combine that gameplay with extremely solid presentation and you get a game that is highly replayable, addictive, challenging and sooooo rewarding if you are the one to pull off the victory.  If you have a friend or loved one you are looking to game with, do not look past Panoptic!

What would I pay? This -is $16 US and I think that’s decent.  This game has become the new competitive multiplayer game to play in my house as it really offers up a gaming experience like no other.

Otherworld Interactive provided The VR Grid with a press code for this title and, regardless of this review, we thank them for that!