Dreams is a game creation tool like no other that lets anyone create just about anything they desire whether it’s a platformer, 1st person shooter, top-down RPG, racer or whatever!!!  Media Molecule have delivered up on a gaming experience that let’s you create whatever comes to mind, but just as important, let’s you play all these whacky creations and now, thanks to a recent patch, all the content created in the last year (and a bit) is potentially available to play in VR.  At the time of this review, Dreams is still technically in Early Access so while I will  be giving my thoughts on it as it stands today, expect new and improved content as creators tackle Virtual Reality games and experiences in the coming months and years. 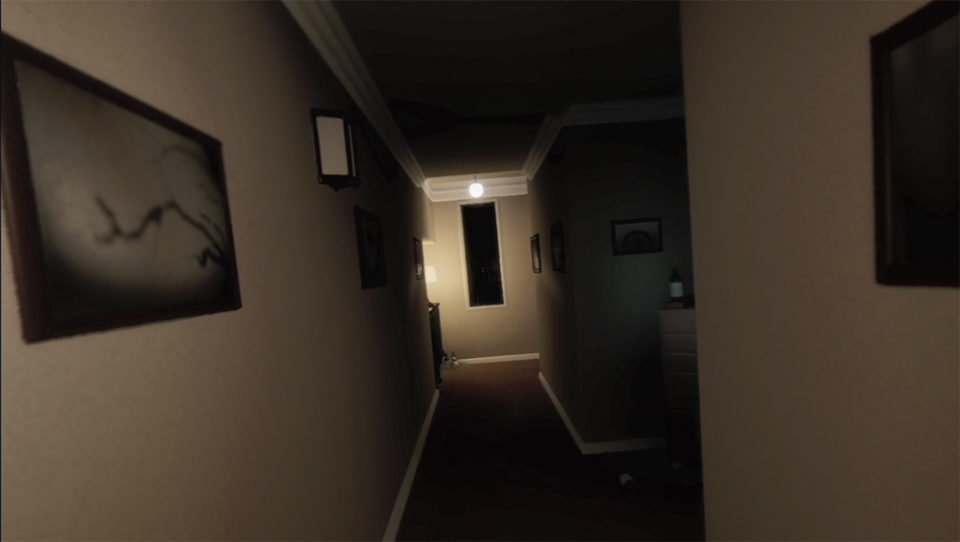 While the controls for any one game may differ dramatically from one another, Dreams currently supports 2 Moves or a DS4 with Media Molecule mentioning that should it be demanded, Aim or even 3dRudder support could be added later on.  At this stage, many user created games utilize the DS4 over Moves but that I think is largely due to this only being available out of VR and would expect a surge of games to support our little glowing wands.  I’ve messed around in platformers, 1st person shooters and puzzlers and all of them have worked great or awkwardly so if you do encounter some kind of issue with a dream, you can leave feedback with the creator, who can hopefully remedy any future issues.  Creators must identify if their dream is VR only, compatible or for flat users only and is clearly labelled when you bring up that game’s description.  Sony QA has historically been very strict with the minimum 60 fps required to have any game allowed to be on the PSVR though with Dreams, that rule has been set aside with the game telling you when or if you’ll experience frame drops during a game session.  Coinciding with that are comfort options which allow you to adjust blinders and how you move when creating your own experiences or playing one that may only be partially optimized for VR as well limiting which experienced you can play should you check off the right boxes. 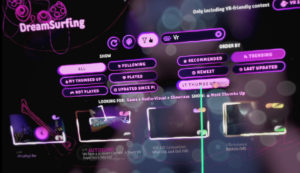 II’m not going to go to hard into the creation side as I have dabbled but am in no way a master. While the game does makes things just about as easy as they could be considering just how much depth is in here, it’s still a daunting task to create just about anything. Using the Moves in VR allows for some easier painting and sculpting as well as item placement as the tracking on the DS4, even out of VR, can be finicky at the best of times. For those familiar with the creation tools, everything is laid out almost the same with every tool being available for VR users plus a few select VR only options that allow you to navigate through your creations. It’s absolutely remarkable that VR creators have the exact same option as everyone else and don’t worry, if you don’t want to spend hours in VR, finely tuning your game, you can hop in and out of VR on the fly helping avoid any headset fatigue you may experience though to get things 100% right, it’ll be best to check out your game in VR from time to time as what may look great out of the headset, might look a little off thanks so scaling that doesn’t quite translate well.

So how does Dreams look? Once again, it’s entirely dependant on the game you are in, but I have to say that, in the headset, when a game looks good it looks damn good! The opening moments, when you first don the headset, take you through a brief tutorial and after that you are free to peruse the games. It’s encouraged to try Media Molecules ‘Inside the Box’ selection of creations and games as these will give you a good idea of what you can expect in VR. Some of the scenes are minimalist opting for the use of simple geometric shapes over more complex creations. Counter to that are some absolutely stunning works including a posable mech or dragon or detailed breakfast with all of these highlighting just how crazy you can get as long as you’re willing to spend the time. Beyond that, I played through a remake of the classic P.T. game, a burnout style racer, a PS1 inspired Tomb Raider clone and a host more titles sometimes based upon known franchises with others being very unique and fun. There are already 100’s of creations and even as I write this, new ones are being created or given VR support with many more coming daily. Just like everything else in the game, the audio is also up the creator so there isn’t too much to say but it is worth mentioning that their is a 3D audio engine creators can tinker with adding to the VR immersion. 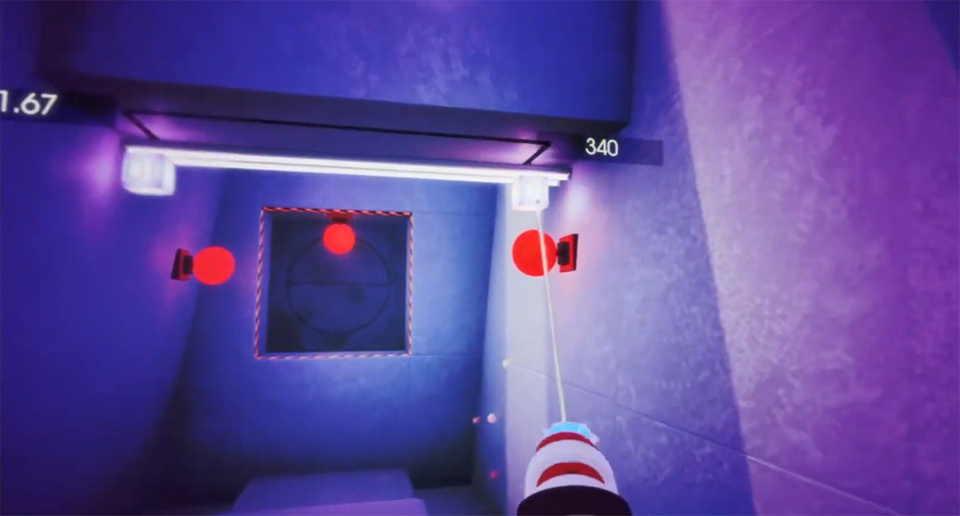 The shooters are light at launch, but I expect tons to come.

As I said, Dreams seems to be in Early Access of sorts with new assets and modifiers being added as updates roll out and it shows. For every slick new game I stumbled across, I found plenty more half baked “demo’s” that distracted me for little more then a few minutes. Thankfully, there is a thumbs up button and you can leave feedback, so the good stuff tends to get a little more of the spotlight. It still feels like the early days for Dreams which has me a little concerned in regard to the quality of the content we have gotten so far. The good stuff is there for sure but I thought we’d have more ‘must play’ titles and more complete experiences but given just how much time it takes to make something fantastic in Dreams, things will only get better and right now, it’s still pretty damn good. It’s easy to spend hours in here visiting attraction after attraction if not just to see what people have come up with. There are already a few horror titles, racers, tons of platformers and with VR now included I would expect a plethora of shooters and more immersive genres to get a VR update. The creation tool seems to benefit from being in VR though creating anything of note will take hours of practice and patience to pull off. Currently there is only an option for local multiplayer games though adding an online option is in the developers plans. 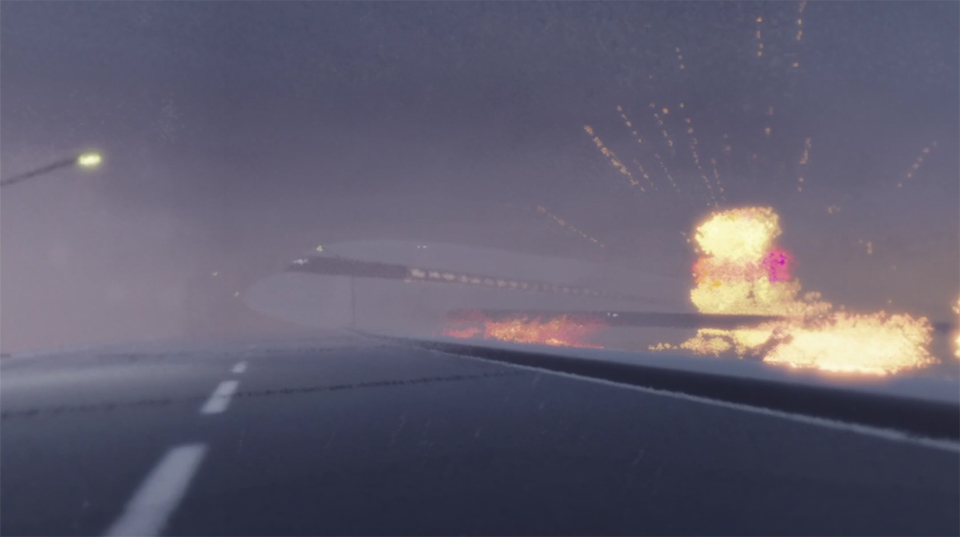 A picture doesn’t do this game justice.

As it stands today, Dreams is unlike anything else to ever grace any console and VR support makes this a must-buy title for anyone who owns the PlayStation headset.  It can be a bit messy at times, and even overwhelming as new content seems to be constantly flowing in from around the world but it just means there is more to discover and play around with.  If you never even bother with the creation side of things, you’ll still spend hours in here exploring all the VR content and when you find those gems, it’s absolute treat as some of them will suck up anywhere from a few minutes to an hour or maybe more.

What would I pay?  The regular price on this is $40 and that is honestly a steal and that’s as it stands today.  With new content coming constantly I can’t think of one good reason why every PSVR owner shouldn’t pick this up.  It’s arguably the most important title in PSVR’s life cycle and if it lives up to it’s potential, will offer endless hours of entertainment and fun.