With Halloween getting closer everyday, I expect to see horror VR releases in record numbers and, as that genre become more and more crowded, it’s up to developers to find new and innovative ways to keep audiences on the edge of their seats.  Doors of Silence – the prologue is the 1st game in an episodic series that aims to make for an immersive scarefest with a few different styles of gameplay that  keeps this from being just another walking simulator. 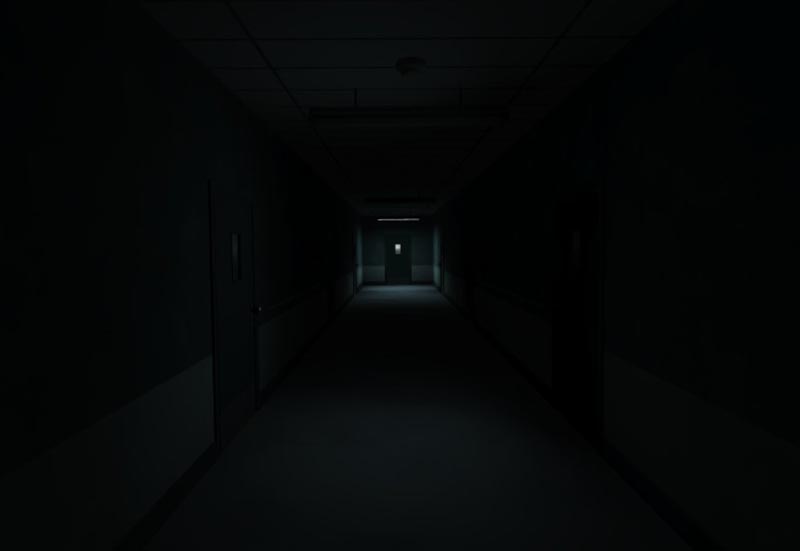 Given the amount of halls you walk through, ‘Halls’ of Silence would be a more fitting name

If you have any passing interest in the VR horror genre, than there is pretty good chance you have played this type of game before.  Utilizing tap, double tap or just pressing the touchpad on either the headset or touch controller, you navigate around the map and interact with objects.  Resting your finger on the pad has you walking at a slow pace, while double tapping is supposed to make you sprint.  I had troubles with running using either control method and ended up not bothering with that function at all, it’s really needed in only one area anyways so it’s an easy option to forget about.  Otherwise, just tap on the touch pad to interact with any objects that light up; door handles, memos or a host of other items that can help you solve a puzzle or just add to the story and the world around you.  The game recommends standing or in an office chair, and for good reason, as you will be turning all over the place as you navigate the different areas.

Starting in an office room, simply venture out the door and into the unknown.  The first few rooms establish a very dark and haunting atmosphere with notes and pictures to be found that hint at the goings on in this strange place. The stages carry a nice level of detail and rooms are littered with items that add to the realism.  The actual level of environmental detail is on the higher end for a Gear VR game with hallways and rooms looking dilapidated and run down in convincing fashion.  Character models don’t look quite on the same level, but still do a good job of being creepy and unnerving.  My biggest complaint about the visuals was the amount of pixel bleed on very dark/black areas which was very distracting and plagues the entire game. 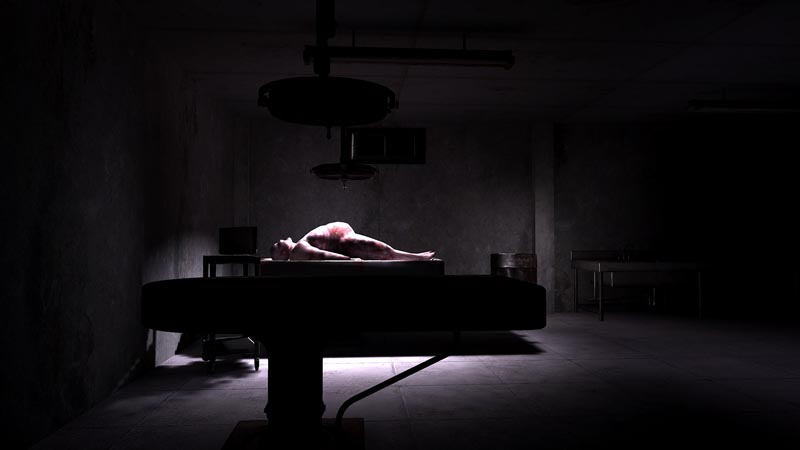 Besides solid visuals, scares need one more ingredient, audio, and Doors of Silence delivers in that department.   Besides the eerie music, the sound effects are spot on and kept me on the edge of my seat.  Screams echo from some rooms, doors creak and the ambient sounds just make for a creepy and immersive experience.

There are a few different areas in the game and each has it’s own theme and structure.  The opening stage, a seemingly abandoned building,  is very linear and basically guides you to the end while setting up the world around you.  The second stage acts as a maze and involves a fair bit of exploration as you search for a key to unlock the door to the final stage.  Also involved in this section is the aforementioned stealth section, which plays more like a game of stay away than an actual stealth game.  Still, it was a welcome addition that changed up the walk-a-thon that the game had been up to that point.  The final stage in this episode is a little more supernatural than the last, with rooms that seem to change randomly and some creepy dolls that are not to be trifled with.  By the time I was finished with the game, I had clocked in around an hour and half of gameplay which was a decent length for a 1st episode Gear VR title, though I did get stuck at a puzzle that was painfully obvious yet stopped me in my tracks for longer than it should have. 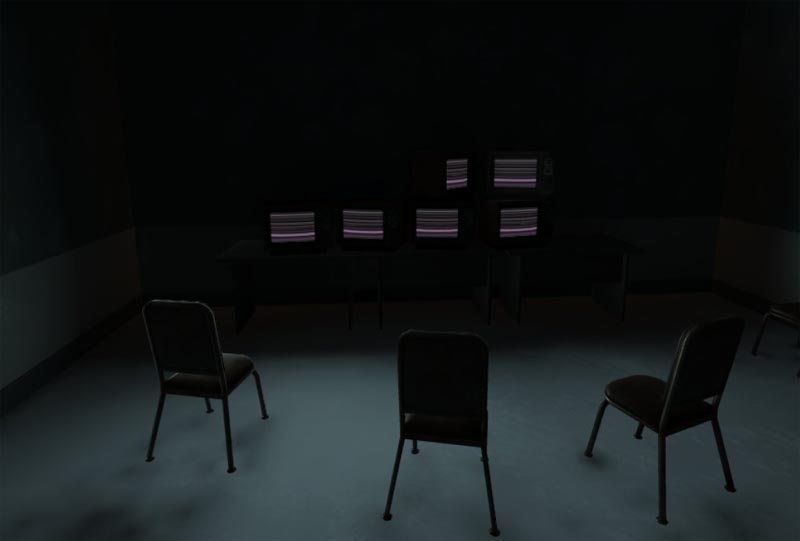 When you break it down, there isn’t really anything freaky going on here, but’s it’s still creepy and unnerving.

I never found the game to be scary and though it contains a jump scare or two, they never startled me.  What they did do right was set up a very unnerving world with a matching atmosphere.  It’s not the freakiest game I have ever played but it still does alright by never letting you relax.  It also has a somewhat satisfying ending (just make sure you read all the notes) provided you are a fan of horror tropes.  By the end of the game, I was looking forward to what the next episode will bring.

What would I pay? $5 for an hour+ of your time isn’t a crazy ask.  There isn’t really any reason to play through twice but what’s presented is intriguing enough and hopefully as more episodes are released the content only improves.

Blackbite Interactive provided theVRgrid with a review code for this game and, regardless of this review, we thank them for that!