Virtual Reality games and experiences are, more often then not, designed to be played by 1 person, and it’s rare when games offer some kind of co-op play that isn’t online.  What happens even less frequently then that are games that are not only local co-op based but are dependant on there being 2 players involved with the game, 1 in and 1 out of VR.  Black Hat Cooperative is just that with one player tasked with navigating a series of stages in first person VR while the non-VR player gets a top down map view of the action and can see invisible traps and enemies that the VR player just can’t see. 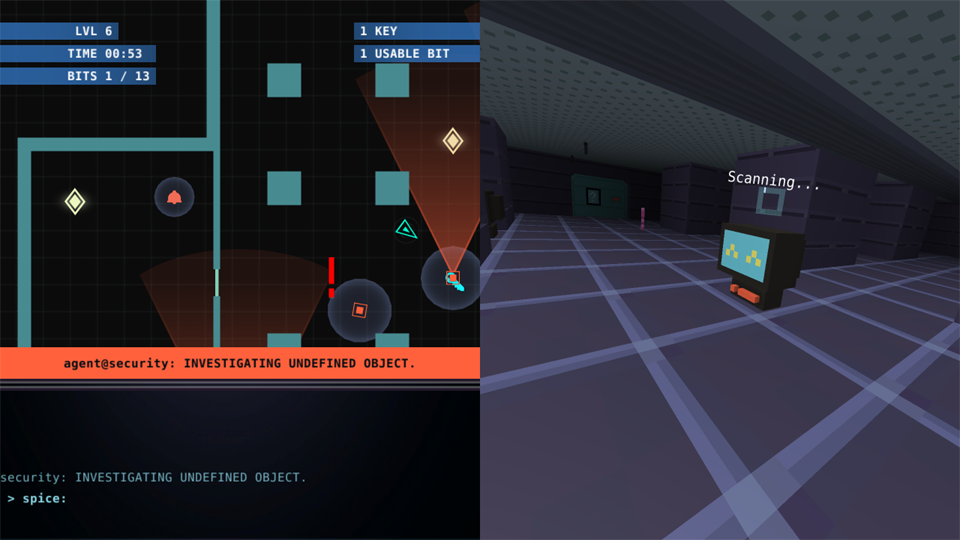 So the VR player is armed with a DS4 and must traverse through more and more complicated levels in first person.  Black Hat Co-op plays like any traditional FPS, minus the shooting, where you are required to find keys, open doors, collect stuff (bits in this case) and survive.  The non-VR player can manipulate the map on the TV (zooming in a scrolling) to see what’s ahead of the VR player.  Pits, lasers, alarms and enemies are in almost every stage and need to be bypassed as fast as possible to attain a good score. Unique ‘hacking’ elements allow both players to work a little more closely as the VR player can see codes that the 2nd player can’t but can input into the DOS command screen below the map.  This allows you to blind or freeze enemies for a small time allowing you moments of respite when the enemies are all around you.  This is a game reliant on communication and teamwork and failure to not listen or providing bad instructions will lead to death EVERYTIME.

BHC looks great…in a super retro early 90’s kind of way.  To say the visuals here are an homage to classic shooters would be an understatement as the entirety of the game looks like it was made 25 years, just polished up with a jacked-up resolution.  The stages are all very grey with little splashes of color here and there, but for the most part feels very sterile and dungeon-esque.  The 2nd player screen is also very basic with the map displaying the layout of the level and the DOS prompt below it.  Any obstacles appear in red and are labelled so it’s very easy to see all the traps lying in the 1st players way.  It’s super simple but it works great with the gameplay, which is the standout aspect of this game.  Audio is limited to a generic music track, a few sound effects and action music triggered by alerting an enemy to your presence.  The presentation here may be on the (very) simple side of things, but you’ll soon forget about what’s lacking in the visuals and be focused on the fun you’ll be having with whoever you decided to drag along on this VR adventure. 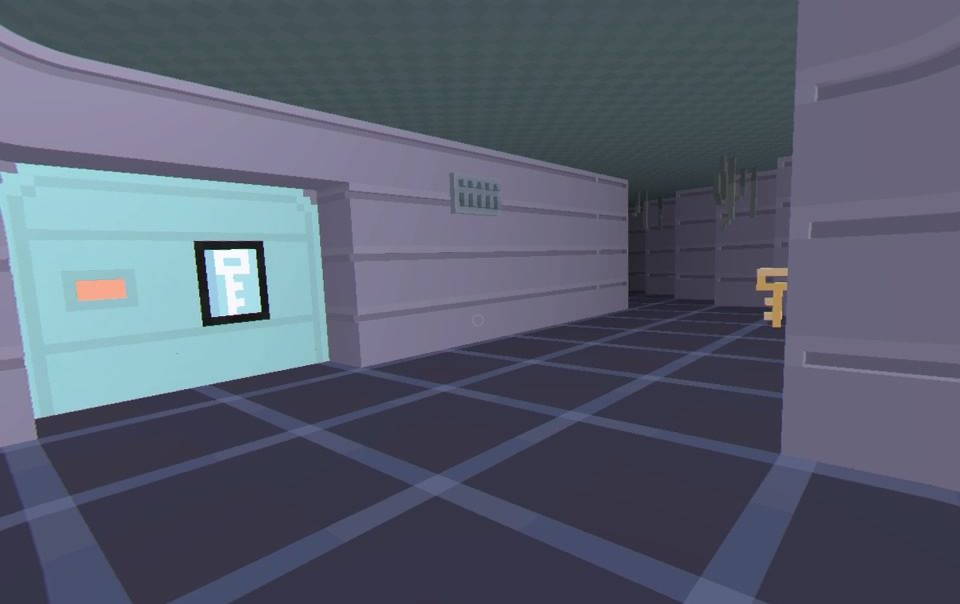 Hmmmm, I think I get how this puzzle works.

As I said…you NEED 2 players to play this properly.  It’s very easy to cheat the game and just play with the 1st player DS4 while watching the TV feed, but I’d advise against this as it ruins the fun and bypasses the major reason to play this.  It’s so much fun to be planning your next move while the the non-VR player waits for the perfect time to send you on your way.  Death happens often and results in an immediate level restart so almost no time is lost when your communications skills fail.  Figuring out just how to talk to each other is a task on its own, but once you fall into a groove, the levels become a fun challenge and every time you die just motivates both of you to perform better the next time.  There are 15 stages to tackle and each has posted ‘ideal’ times to beat the level which I never came close to getting, but for those looking to challenge their teamwork skill, hitting those times is commendable!

It’s a not a perfect package by any stretch.  While each of the stages does get more challenging, mostly thanks to patrolling bots, the basic element introduced in the first few levels are all there is too the game.  The VR player also makes noise that he can’t hear, but the non-VR player can see, basically forcing slow movement whenever enemies are nearby.  Menu navigation is also handled by the 2nd player which is a bit awkward when the VR user just wants to adjust comfort settings. Lastly would be the lack of missions with 15 being currently available.  All of those issues are pretty minor though and once you and friend get going, it’s a blast. 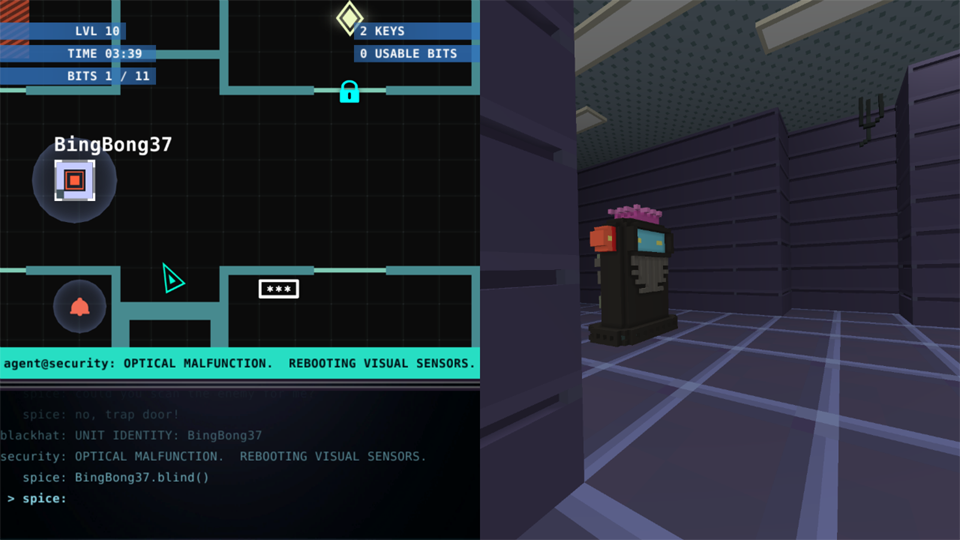 When this guy shows up, things get serious!

Black Hat Cooperative is best played with a friend who is willing to take turns in and out of the headset.  It’s a fun romp trying to navigate through the levels and I would expect a tonne of deaths as impatience and faulty instructions get the best of you.  This is still entertaining in, or out of, VR and the retro look and feel of the game makes for relatively seamless gameplay.  If you are looking for another VR game you can showcase at your next get together, BHC is great fun and something that just could not be done outside of VR.

What would I pay?  $10 for this is great.  Unless you and your friend have a bond that goes beyond words and some military training to back that up, there is a couple hours of content here and even more if you are shooting for those top times.  Oh, and alcohol only enhances the game…just sayin!

Team Future LLC provided The VR Grid with a review code for this title and, regardless of this review, we thank them for that!