With the inevitability of a robot apocalypse, it’s nice to know that video games have our backs in training us to battle our future AI oppressors.  Astroblasters pits you against a wide variety of animatronic assailants in 100 waves of action that range from the easily dispatched to the utterly insane. 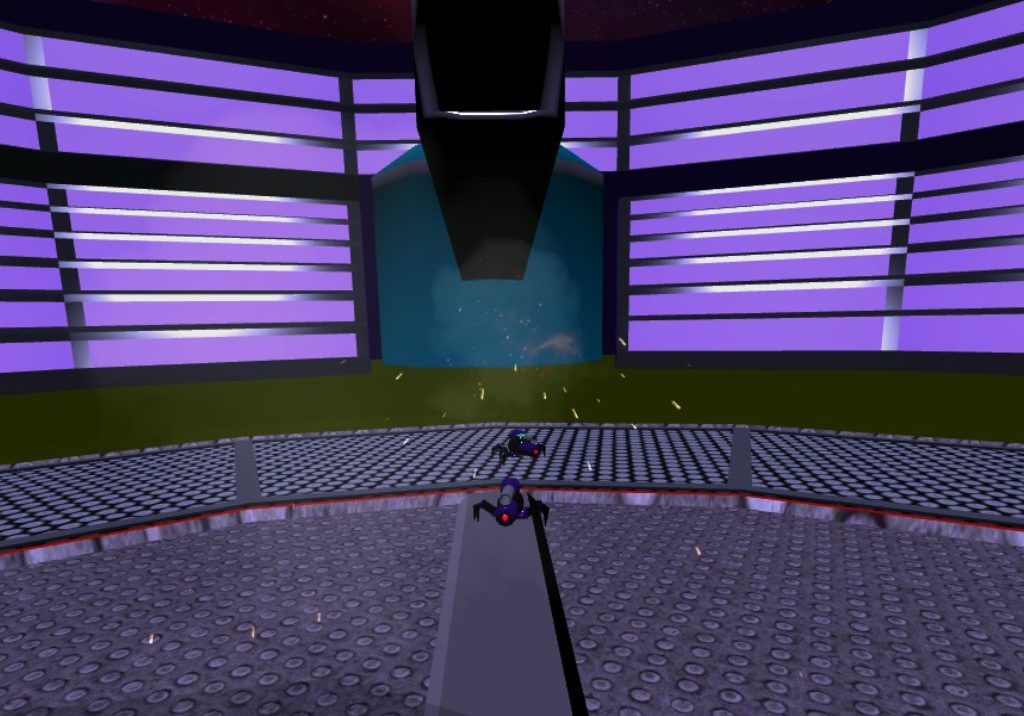 The visuals have seen dramatic improvement since launch!

The controls at play are easy enough, simply look and shoot your trusty laser by touching the touchpad.   Thankfully, the action happens all around you and will require you to stand up and constantly be on the lookout for your next target.  Using the touchpad will suffice, though I found pairing a controller just for the comfort of having the trigger in my hand, and not on my head, was the better option.  You have a life bar of sorts, with your current health being displayed on a any of the 4 billboards around the arena, which also displays your current score and stage number.

Thanks to some recent upgrades, this game is way more visually appealing than it was at launch.  Gone are the dark grey steel floors and black walls with subdued neon lights, replaced with lighter textures, colors and some  subtle lighting effects.  It’s still not going to amaze you, but the added clarity makes for a more friendly user experience.  Enemies have also seen improvements and now feature a few more textures and stand out against the background a little more clearly.  The variety of enemies before you is large with enemies coming from the sky, in front of you and at your feet so look around and be ready.  Latter levels can become overwhelming with rockets and energy balls flying at you from all sides, exploding in your face so make sure you stay on your toes!  Every 10 levels earns you a boss battle, showcasing some more abstract and ridiculous (in a good way) enemies.  The soundtrack you dispatch your foes to is of the heavy rock variety and the sound effects are great with explosions sounding both violent and satisfying. 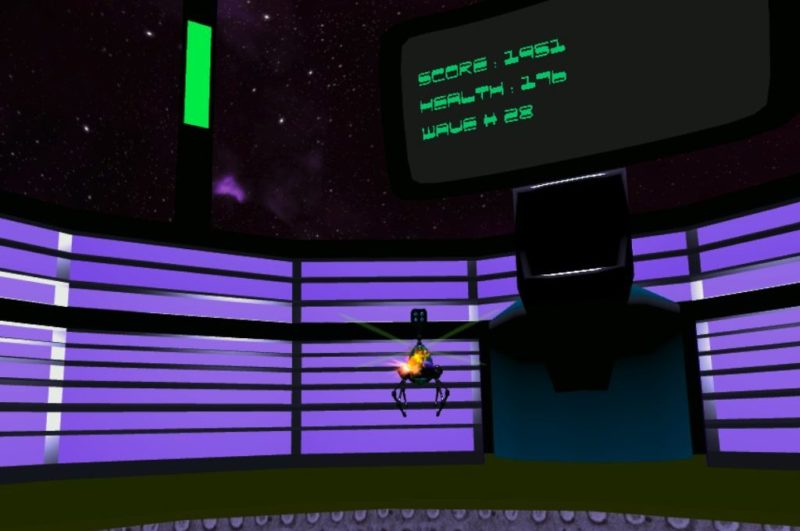 With 100 waves to get through and the goal being a personal high score, the game can wear out its welcome before too long.  The devs seem to have accounted for this as the option of starting at any wave of your choosing is available from the options menu.   It’s a welcome addition, if only to see what whacky enemy types show up in the later stages, but there are a few reasons why not to do this.  You always start the game with 0 points, so if chasing a high score is your goal, the latter rounds may be a bad place to start.  Secondly, health drones fly by every round offering up a little boost to your ever-dwindling life supply.  You’re going to need that accrued health in the later rounds as the enemy gets relentless.  A recent addition includes a weapon drone that boosts the power of your laser for a short period of time.

At it’s core this all works.  Enemies light up red when your laser connects, ammo is infinite so you can focus solely on robot destruction and the variety of enemies attack keeps you on your toes.  Unfortunately, some flaws abound.    A few robot-types travel directly toward you and the ones on the ground can be awkward to hit.  The later stages also had so many opponents firing at me that explosions peppered my sight, blocking my view of where the action was coming from, forcing me to guess and hope my laser was still connecting with something.  My last issue would be a lack of a ‘save and quit’ option as your best bet to beat the game is to start from wave 1, but that will require 2 hours of non-stop playtime which is excessive. 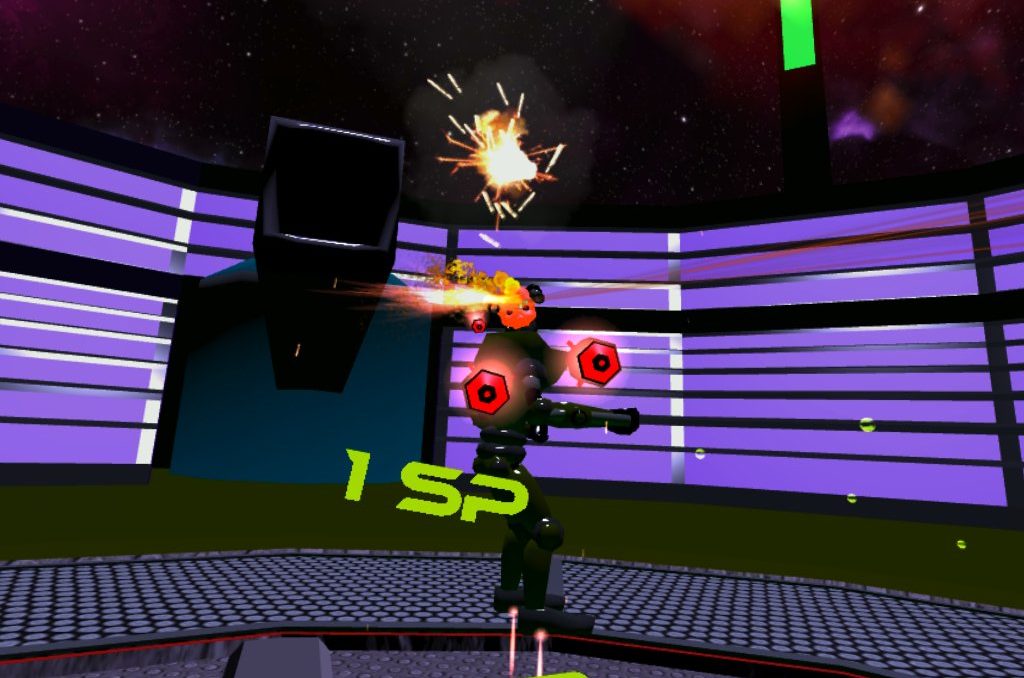 The boss battles offer up a tonne of difficulty!!!

Shortcomings aside, all the staples of wave based turret shooter are here and for the most part, work.  The developer has also shown a propensity to update their games and listen to their critiques.  It’s a budget game for a budget price and by the time you finish with this, you’ll have gotten your moneys’ worth!

What would I pay? $1 is an easy ask.  It’s not the prettiest shooter, or the best one out there…but I bet by the time you are finished with Astrobalsters, you won’t feel ripped off.

Dimension Zero Studios provided theVRgrid with a review copy of this title and, regardless of our review, we thank them for that!