Throughout video gaming history there has always been a phrase bandied around to either sell a title or to explain it’s meaning and purpose in two words. Interactive Movie. These have often appeared in varying degrees of quality, often veering towards the negative end of the scale.  This is mainly because, while they have been good to look at with movie like graphics and full motion video, they have been poor due to very linear storylines and limited interactivity, forcing the player into little choice and reason. What made or break the game was its story line and plot, these misgivings could be forgotten if at least the player was drawn into the story. 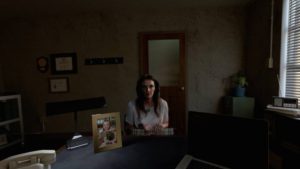 On that note, publisher Start VR has released an interactive movie, but whereas before we were limited to a TV, here we have a 360 degree VR experience which does improve and immerse the player in the story as it unfolds.

You are cast as Veronica, once a member of the police force but now living as a Private Investigator. A mysterious woman, who is definitely more than she appears to be, enters your  office and starts off the first chapter. The still pictures depicting your office and other environments as you move around are surprisingly crisp and detailed and the characters within are portrayed with full motion video with great acting that rarely goes over the top.

As for the Interactive side of the movie, you do get limited choices of how to progress conversations and searches of your environments bring up highlighted objects and evidence to examine. This is achieved by looking at them through the headset and pressing the touch pad. 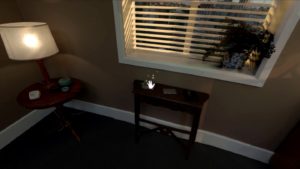 Look at me, I’m interacting with my environment!

Further chapters are promised, but as of writing, only chapter one is available which is a free download from the Oculus Store. The game hardly gets you involved and addicted before the chapter is over and the dreaded “to be continued” message pops up.

It took me just under ten minutes of play but it did leave me wanting more to progress the story so I will definitely be looking out for Chapter Two in the future. Hopefully though with a longer story and more interaction.

What Would I pay? It’s a free download from the Oculus Store for Chapter One. Unsure of price for future chapters though.